INSTAGRAM: Billy Eichner's undergear was invaded by the FBI, and all he got was this lousy patch.

EXTRATV: Bill and Melinda Gates are divorcing, so everyone is making jokes about hitting on one or the other, or saying Melinda looks like Kevin Kline, because people are assholes.

THR: New York Gov. Andrew Cuomo says Broadway can open as of May 19. Broadway says: More like the fall.

WEHOVILLE: WeHo's gay bars are itching to open up again, like so many of their patrons' legs. (I wonder how many gay men had less or no sex during lockdown? We'll never know, but it would be interesting to find out.)

SOCIALITE LIFE: Some say Ben Affleck is a creeper for reaching out to a woman he matched with on Raya (years ago). I say — why not?

TWITTER: Joy Reid destroyed Tucker Carlson in this rant — not a single lie told. He's a racist goon and she gives it to him, hard:

Holy shit @JoyAnnReid with zero fucks left when it comes to Tucker Carlson.pic.twitter.com/TuQvWwkR30

TWITTER: Meanwhile, Tucker is calling President Obama “some creepy old guy” for encouraging parents to have their 16-year-old and 17-year-old children vaccinated ... and he calls them “children,” unlike his dinner mate Matt Gaetz, who calls them “potential dates.” 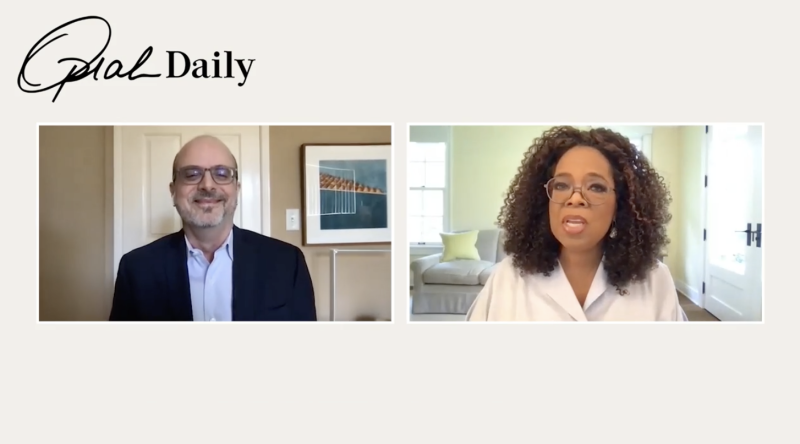 OPRAH DAILY: Oprah Winfrey did her research before she interviewed Elliot Page for his first post-transition interview, and in a conversation with GLAAD's Director of Transgender Representation Nick Adams reveals, really, the main value GLAAD has — it truly is an organization that is all about helping the media do right by LGBTQ people, to not lazily offend or further negative stereotypes. There's nothing wrong with asking. There's nothing wrong with caring.

I was honored to speak with @Oprah about working with her to prep for the @TheElliotPage interview, how @glaad works to create authentic trans media representation, and how cisgender people can be allies in the fight for trans equality. https://t.co/lxsjiNnqvp

WOW REPORT: Michael Alig died of an accidental overdose of just about everything.

INSTAGRAM: He's such a dolt, but it is interesting seeing how quickly Mark Wahlberg went from ripped to Rubenesque for a movie role: