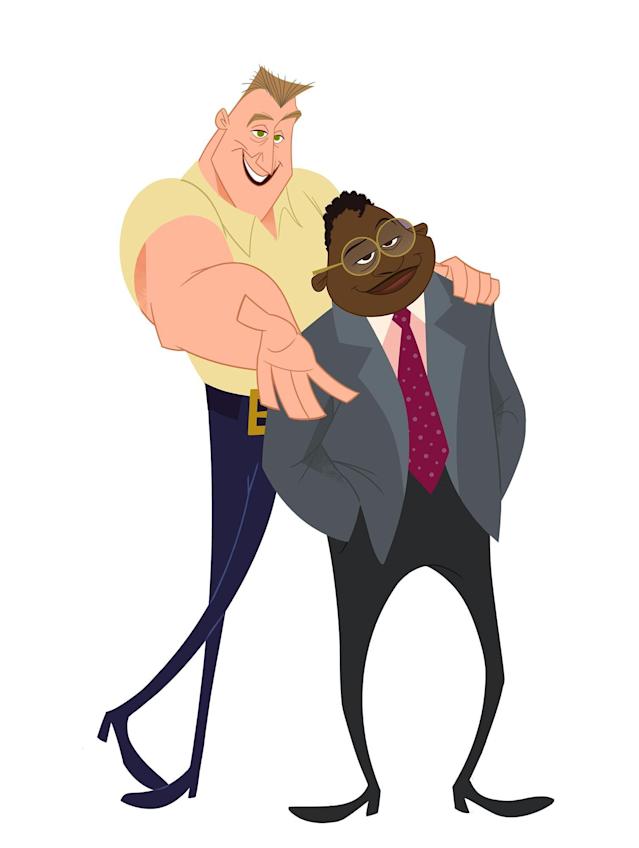 It's a whole new world — when I was in teen press, “gay” wasn't talked about. (Image via Disney+)

YAHOO! NEWS: Billy Porter and Zachary Quinto will play gay dads on a revived version of the Disney Channel show The Proud Family to air on Disney+ called The Proud Family: Louder and Prouder.

KENNETH IN THE (212): The exact guy we need to see in just underwear and socks.

HUFF POST: Over 120 retired military brass have signed a letter claiming the 2020 election was stolen and intimating that Biden is not functioning well due to his age — and they're all old, so, yeah. Many had undistinguished careers. All are men. Possibly all are white. So, also, yeah.

YOUTUBE: Elton John and Years & Years turned in a fantastic “It's a Sin” performance at the Brits the other night:

NYDN: A Montana judge has ruled that a man convicted of consensual sex with two 16-year-olds won't have to register as a sex offender anymore. Oh, by the way — he was 18 at the time. If you think an 18-year-old having sex with a 16-year-old is a sex offender, you're QAnon-adjacent.

NBC MIAMI: Gov. Ron DeSantis has granted clemency to that COVID-19-denying gym owner — will pardon everyone fined for breaking COVID-19 rules in Florida. The state that is currently doing the worst with the virus.

WAPO: Rep. Marjorie Taylor Greene (R-Georgia) aggressively confronted Rep. Alexandria Ocasio-Cortez (D-New York), getting up in her face in the same way she once did with David Hogg, raising security concerns in the House.

TODAY: Ellen DeGeneres sat down with Savannah Guthrie to talk about her show ending next year. In addressing the situation, Ellen said the workplace complaints were orchestrated. But of course everyone — including gay people — have decided she is monstrous because that is who we are as a people:

CNN: Elon Musk has mortally wounded Bitcoin. I guess is the Cryptokeeper.

YOUTUBE: A reminder of Martin Short's spot-on parody of a Montgomery Clift sitcom, complete with easy gay-guy-loves-his-mom joke, but still: