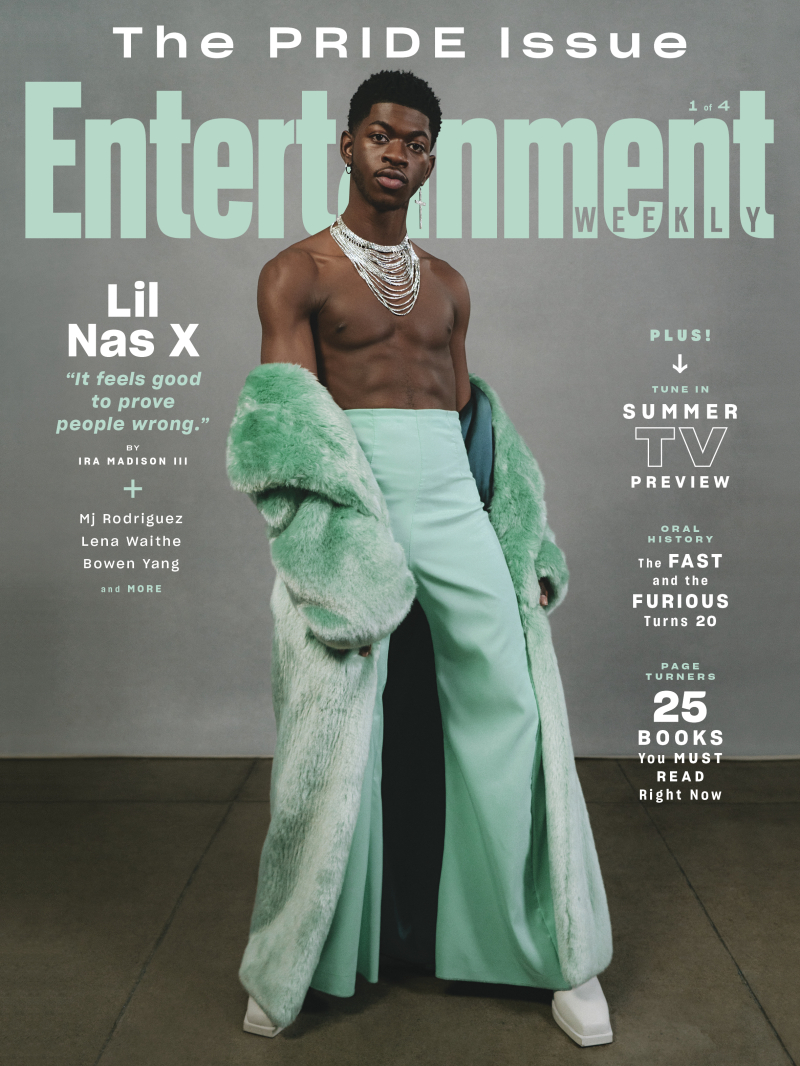 Lil Nas X, like Billie Eilish, is an impossibly young artist dealing with big issues (her = body image, him = coming out as gay) in the public eye with ease, and style.

Nas covers EW's Pride Issue, and is talking about his unique position in entertainment — and history — telling Ira Madison III:

I'm thankful. But it also feels good to prove people wrong. It's one of my driving forces.

He says his new power comes with at least one setback, and it has to do with meeting people and, you know, dating:

I've honestly gotten to this point where I'm just like, okay, I hope this person actually likes me for me [and] isn't trying to use me as a stepping stone. I've just got to a point where it's like well, even if they are [using me], then that's a lesson learned. I can't just stop meeting people because of this fear.