ABOVE: I guess we're not supposed to look if that Palm Springs Marilyn Monroe statue is such a thing.

BELOW: Keep reading for a surprise god-bod, Liz Cheney gets dicked out of a job, Ellen DeGeneres is ending her show (and fuck you, she wasn't that bad, guys), Kinzinger scorches Gaetz and more... 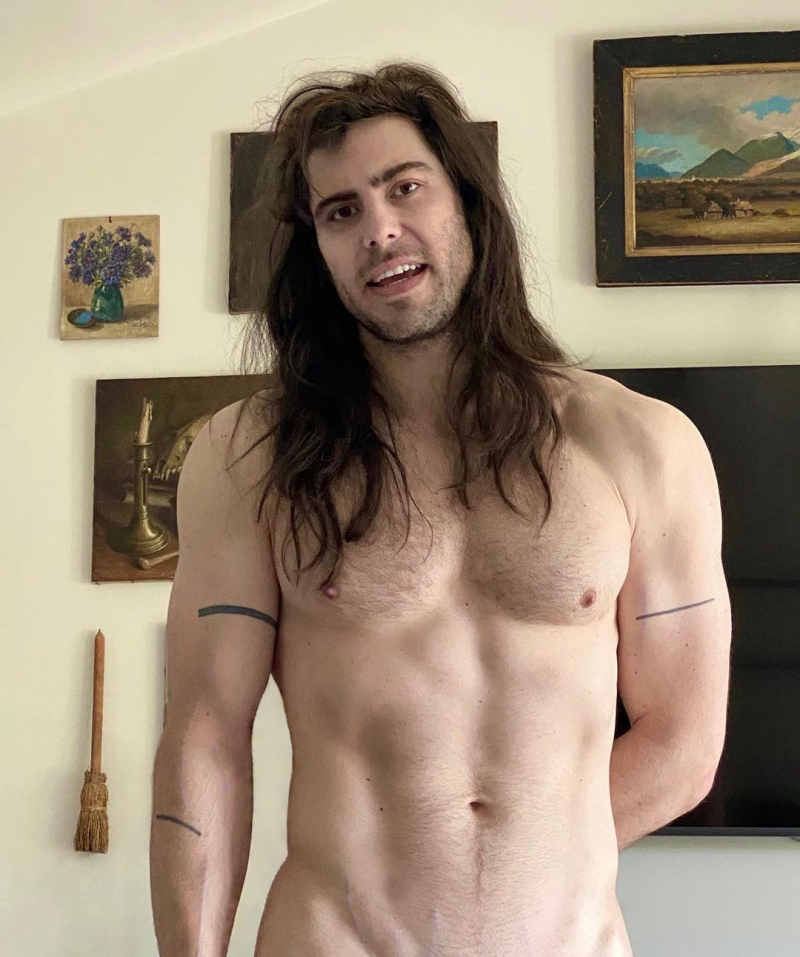 OMG.BLOG! (WORK UNFRIENDLY): Jesus Christ, Andrew W.K. is a flashback to 20 years ago, and yet has emerged with, with THIS?!

NBC LOS ANGELES: How long till Elon has a ... panic attack?

Liz Cheney immediately after she was ousted from House leadership: "I will do everything I can to ensure that the former president never again gets anywhere near the Oval Office." pic.twitter.com/mxrPHqtRup

HUFF POST: Rep. Liz Cheney (R-Wyoming) was ousted from Republican leadership today, a frightening lurch even further rightward for the GOP, which at this point is a neo-fascist populist movement, not a sane (if wrong) complement to the Democrats. Incredibly, Cheney — part of a pretty dastardly dynasty and no friend of ours — showed real backbone and integrity in bucking her own party:

I will do everything I can to ensure that the former president never again gets anywhere near the Oval Office. We have seen the danger that he continues to provoke with his language, we have seen his lack of commitment and dedication to the Constitution, and I think it's very important that we make sure whomever we elect is somebody who will be faithful to the Constitution.

She will definitely run for POTUS in '24. With Trump now openly antagonizing the Cheneys, who must have incredible connections, I will state again I will be shocked if he is not eventually indicted. Not that it'll be empty payback — he is guilty of a slew of illegalities. I just think he is running on fumes now.

Future of the GOP right there (Image via Twitter)

VARIETY: Ellen DeGeneres will end her 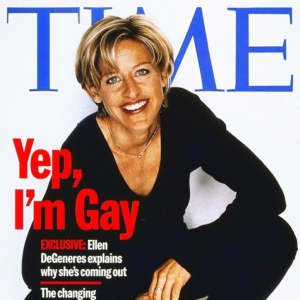 daily talk show in 2022, after 19 seasons. This has been something she has clearly wanted to do for years, and it was probably especially stinging to her that before she had a chance to walk away she was pegged as a racist (give me a break) and a bad boss (I'm listening). Whatever her shortcomings — and spare me, I know that every LGBTQ person on earth will leap to say their friend told them horror stories of how awful she is, and ever Gen Z and millennial is still in tears over Ellen failing to be sufficiently deferential to Dakota Johnson and, uh, NikkieTutorials — I hope LGBTQ people are thrilled that one of the most famous and successful in our ranks, who they should be willing to accept did far more good than bad, will now be out of the way to make room for ... Kelly Clarkson? Again, I'm not much of an Ellen stan, but she is an example of someone disproportionately dragged while her monumental and brave YEP, I'M GAY moment has been indiscriminately forgotten. Criticism and scrutiny aren't the same as petty, anonymous, do-nothing bullying. 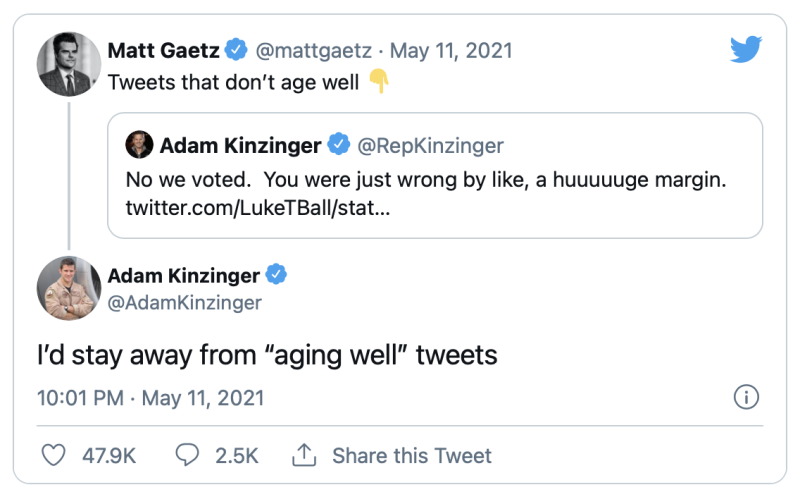 When will Gaetz be in prison, please? (Image via Twitter)

L.A. TIMES: If you wanna see a show at the Hollywood Bowl, you may wanna get vaccinated — 85% of seating will be reserved for the fully vaccinated, and the other 15% will be seats you don't want. 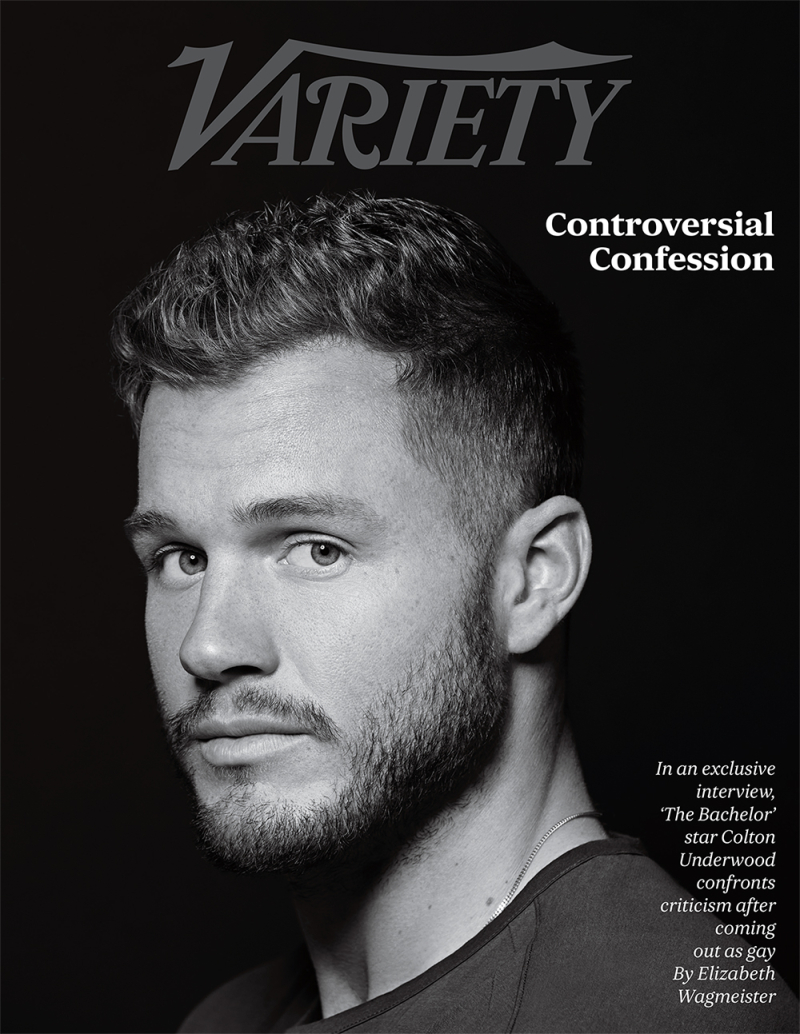 This is like a rolling coming-out. (Image via Variety)

VARIETY: Colton Underwood says he was blackmailed while in the closet, and talks more about his upcoming Netflix show — which the network says will be more inclusive than we may be inclined to think.

WHAT is happening here pic.twitter.com/5zI09qr9XL

TMZ: I'm surprised anyone is surprised that stand-up is a cesspool of unapologetic racism. (And homophobia, and misogyny, and the list goes on and on.) I remember going to see Danny Bonaduce as a guest with a friend and being appalled when he spend lots of time trans-bashing the prostitute he had actually paid for sex and gotten into a fight with. It was so disgusting, and this was 1991. I don't think things have totally changed.

GR8ERDAYS: Tina, the Go-Go's, Carole King, Todd Rundgren, JAY-Z and the Foo Fighters are entering the Rock and Roll Hall of Fame, Alison Bechdel's Dykes to Watch Out For may soon become an animated series, Homer Simpson is turning SIXTY-FIVE and more.

Beauty and the Beat was my first album I bought as a teen. (GIF via GIPHY)

INSTAGRAM: Katharine Hepburn heads up today's celebrity birthdays — the #1 female movie star of all time, according to AFI.