ABOVE: I do all their interviews — and it's a great publication!

BELOW: Keep reading for a DNA sample, a huge loss for the LGBTQ community, the craziest COVID story yet and more ... 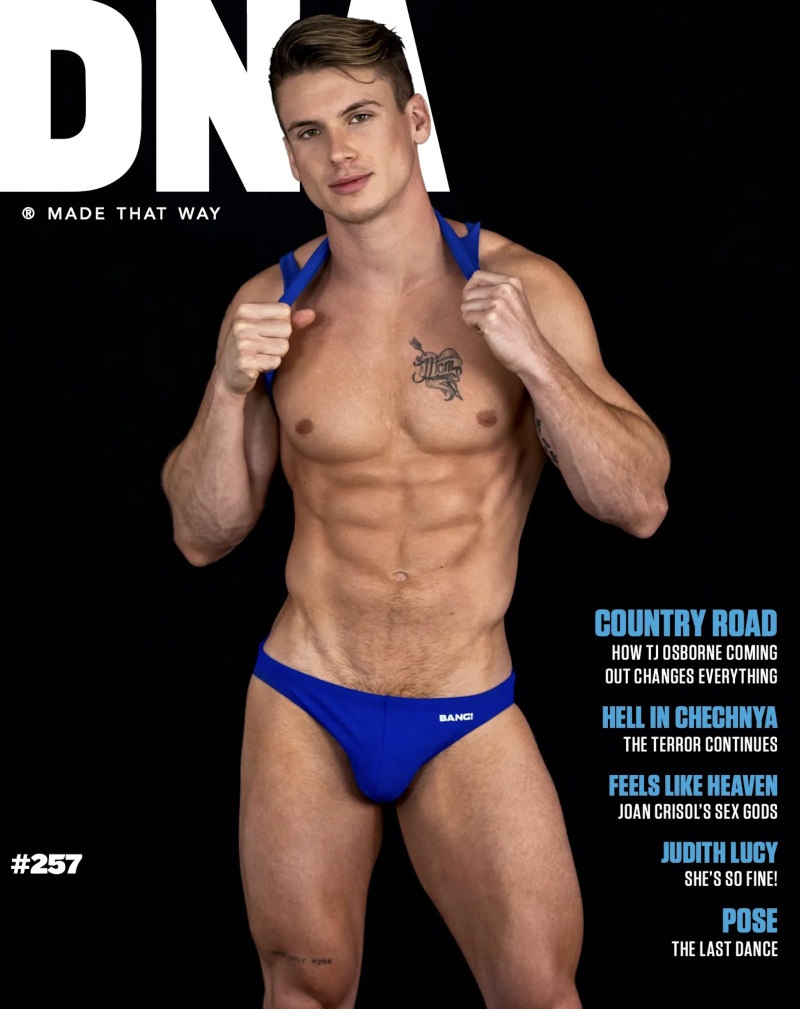 DNA: The newest issue of DNA is here.

NYT: RIP Kay Tobin Lahusen, an important gay-rights activist and photographer who documented very early protests in the movement that pre-dated Stonewall by many years: 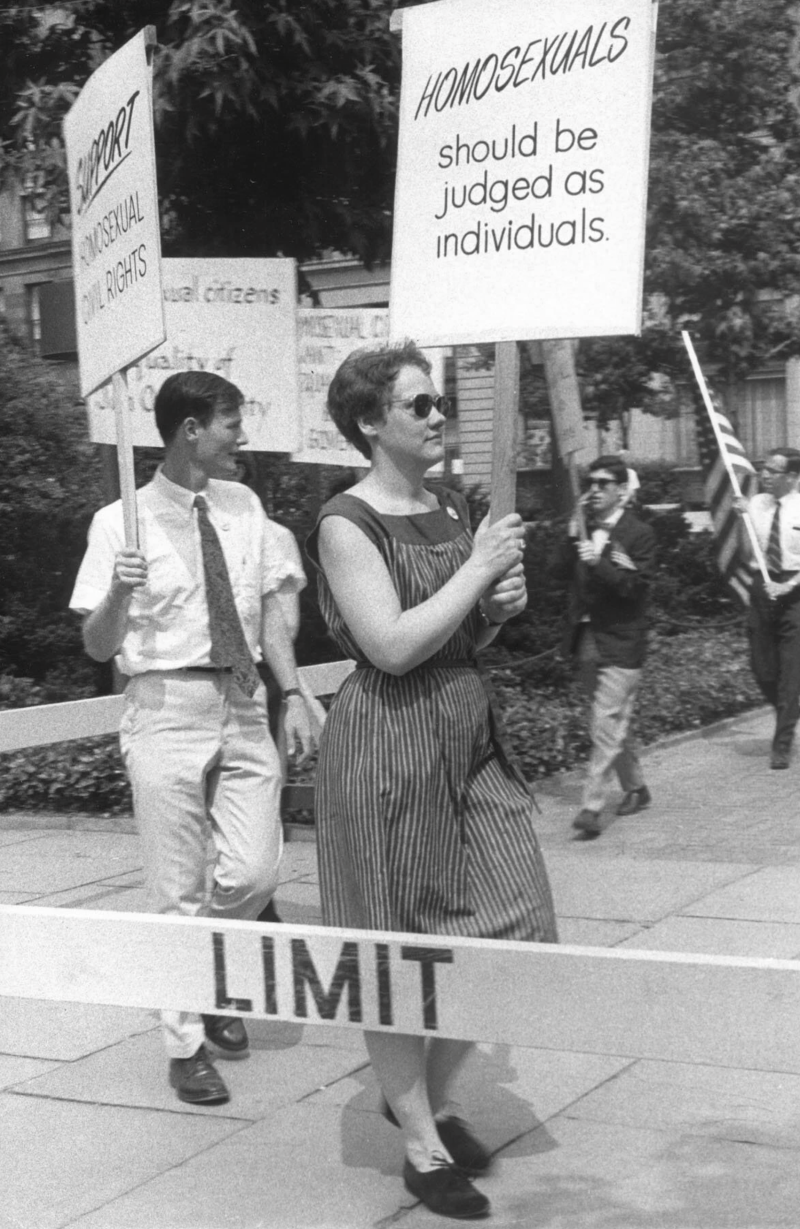 HUFF POST: Gwen Stefani supported the Obamas in the past, but now that she's marrying right-winger Blake Shelton, she's too gutless to definitively state she isn't a Republican. Her answer is about how her music draws inspiration from Black people. She's also speaking out again about her use of the Harajuku Girls.

TWITTER: If Rep. Matt Gaetz (R-Florida) isn't in prison soon, he might Dan White Silicon Valley. He said, in a speech, that because we have a 2nd Amendment, we have an obligation to use it — this, in reference to his perception that Silicon Valley fuels cancel culture. In the same speech, he claims the 2nd Amendment is in place to allow an overthrow of our own government, which — um, no.

Florida Man @mattgaetz, talking about Silicon Valley canceling conservatives says "We have a 2nd amendment in this country and I THINK WE HAVE AN OBLIGATION TO USE IT!" pic.twitter.com/FFEWnyEF0o

GAY FLESHBOT (WORK UNFRIENDLY): A think piece on whether the corporatization of Pride is genuinely harmful or just irritating. Good points raised. For me, I get the cynicism, but I'll take having business and money on our side any day over the alternative.

TIKTOK: This insane dad offered his daughter $2,000 to NOT get the COVID-19 vaccine, which he erroneously says is not a vaccine. Hearing his genuine terror that his vaccinated family will be dead in under a year is jarring. This is mass delusion we are dealing with. It relates to the fact that fully 15% of the U.S. believes in QAnon. FIFTEEN PERCENT believes:

... the government, media, and financial worlds in the U.S. are controlled by a group of Satan-worshipping pedophiles who run a global child sex trafficking operation.

The dad in the TikTok is beyond crazy. I would fear for my life around him. She did wind up getting the vaccine.

DALLAS VOICE: Ryan O'Connell talks Special. I enjoy the series, but I find myself disliking his character at times. He's such a jerk to his mom! On the show's Season 2 being its last season:

Honestly, it sounds weird to say, 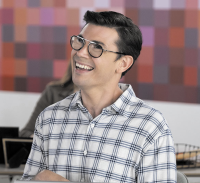 but I feel pretty good about it. I mean, obviously, the decision to end the show was not mine, but here’s the deal: I’m gonna give you a little blurry timeline of the show. We pitched it in 2015; it took four years to get made. Then it came out April 2019 and took us five months to get renewed and then COVID shut us down. [It took] us two years for Season 2.

So, as amazing as the show has been, and incredible, it’s also kinda been like a bad boyfriend. This has been a part of my life for six years, so because we knew from the jump that this was going to be the last season, we were able to really craft, I think, a really complete and final season.

So, from the storyline perspective, it feels totally right. Special has been really incredible, but it’s been a really, really difficult show to make, and it feels like it’s always hanging on by a thread and, yeah, I think I’m ready for a new anxiety moment. 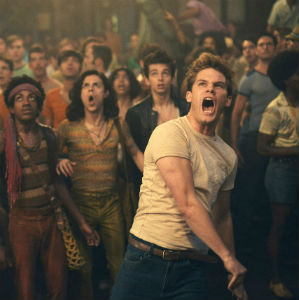 There were many white people at Stonewall, but a white beefcake threw the first brick? (Image via Roadside)

EW: Say what you will about whether gay people 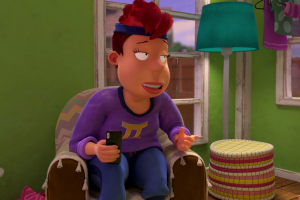 should play gay roles, but casting a straight guy (Jeremy Irvine) to play a gay superhero — a straight guy who was in a horrendous and historically inaccurate movie about gay issues, Roland Emmerich's Stonewall — feels boneheaded. Like ... why? Anyone would kill for that part. Why him? (Please don't tell me it's because he's the best. There is no best.)

DEADLINE: Natalie Morales will voice Betty in a rebooted Paramount+ series of Rugrats — and Betty will be openly gay.

ATTITUDE: A Season 4 Friends script had a joke about how the characters all assumed womanizer Joey was really gay — but it was sadly never shot or used. By the way, I liked the nostalgic reunion special. I could have used more actual cast members (Paul Rudd, Marlo Thomas, Cole Sprouse, Aisha Tyler ...) and far fewer newcomers (Lady Gaga, Justin Bieber, Cara Delevingne ... seriously? I guess this is how kids feel when their idol appears on a new track or gives an awards-show performance and they're squished together with an old-timer), but it's overall very funny and warm. Subscribing to HBO Max was a surprisingly fruitful decision. 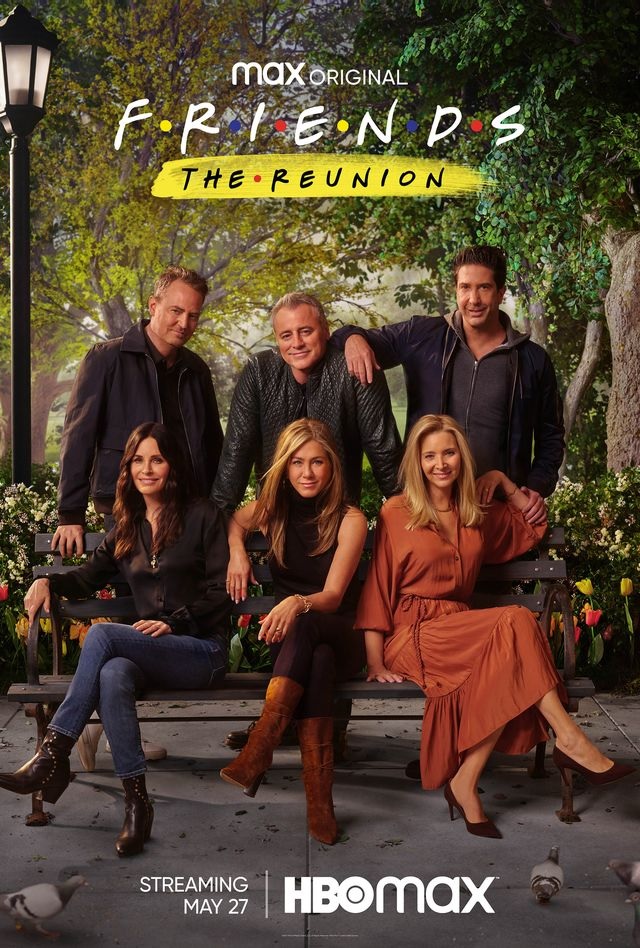 You can play &lduqo;how many of the Friends cast look worse than me now?!” (Image via HBO Max)

TWITTER: Listening to the late Denver Sheriff Deputy Duke Trujillo mock people for getting vaccinated in such condescending tones is pretty triggering, and removes even an ounce of sympathy for him or his family. He, of course, died of COVID-19.

INSTAGRAM (FOLLOWS APPRECIATED!): Pop royalty Kylie Minogue is 53 today! (And it's a day packed with the birthdays of many major musical figures — Gladys Knight, John Fogerty and more.)