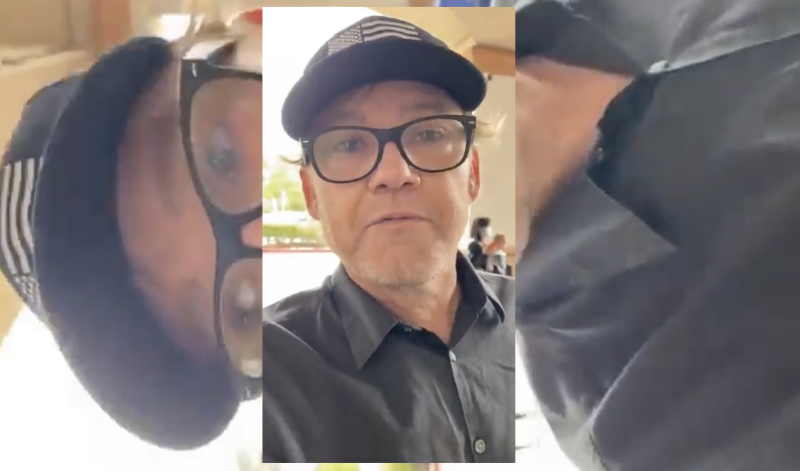 Joel Higgins, come get your kid. (Images via video still)

Rick Schroder, former star, decided to get in on the anti-masker bandwagon very, very late, proudly posting a video of himself harassing a California Costco employee for not allowing him into the store without a mask.

Schroder harps on the fact that Costco — nationwide — has relaxed its mask requirement, ignoring the fact that California (Rick refers to the powers that be as “our kings”) has not. (Quite yet.)

So rather than wait a few weeks, the Silver Spoons alum decided to badger a working person and make a big show of getting his Costco subscription money back.

You will recall that Rick also gave $$$ to the defense fund of accused domestic terrorist Kyle Rittenhouse ...