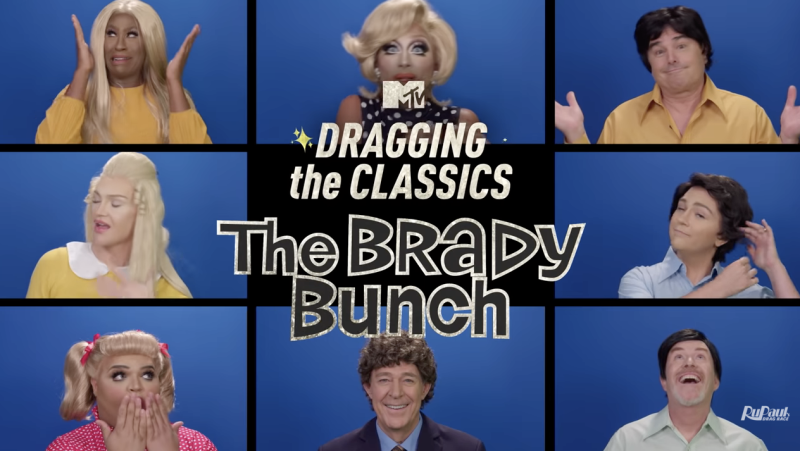 WORLD OF WONDER: Dragging the Classics is hitting Paramount TV+ with an episode devoted to The Brady Bunch ... and along with a buncha drag queens, it has the real Greg, Peter and Bobby!

We live in a world where Britney Spears has people controlling her uterus, but Bill Cosby is free. Got it.

NYP: I had hoped Bill Cosby would die in prison, but it is not to be — Pennsylvania's highest court has OVERTURNED his conviction for sexually assaulting Andrea Constand, citing a previous agreement with a prosecutor. What a travesty. There is a Trump connection: Because Trump's lawyer Bruce Castor had declined to prosecute Cosby in 2005, that was the agreement that the Pennsylvia Supreme Court noted in deciding Cosby never should have been tried later ... a trial at which he was convicted. So, it's not like he didn't do it.

POLITICO: Speaking of Trump, he just made his debut on the C-SPAN ranking of best POTUSes of all time. He clocked in at #41, above only Andrew Johnson, Franklin Pierce and everybody-hates James Buchanan. Meanwhile, Obama moved up to #10.

19TH NEWS ORG: Stacey Abrams has an app for Georgia voters to use to see if they're about to be purged from voter rolls.

NY1: Trump's company and his longtime business associate Allen Weisselberg, the Trump Org's CFO — who is said to know where all the figurative (I hope!) bodies are buried — are said to be on the receiving end of indictments coming Thursday. This, like any mob case, should unfold from the bottom to the top ... and it will get there.

U.S. DEPT. OF STATE: Secretary of State Anthony Blinken announces travelers can choose their own M or F gender on passports, and is moving toward accommodating non-binary, intersex and gender-nonconforming applicants. 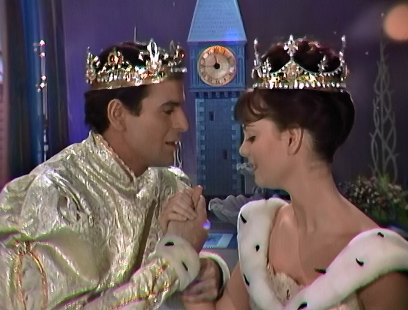 Damon & Warren, who was just 18 in Cinderella (Image via video still)

EXTRATV: RIP Stuart Damon, who was Dr. Alan Quartermaine for DECADES on General Hospital, and who was Lesley Ann Warren's Prince Charming on the 1965 TV musical Cinderella. The immense popularity of that production is hard to imagine today, but it was the highest-rated non-sports CBS broadcast for 40 years.

EW: Alexis Mateo nearly walked out of RuPaul's Drag Race All Stars before it even began.

TWITTER: Lookit, Madonna and Lil Nas X are buddies. He replied to Pop Crave — which was trying to help stir up shit over Madonna's snarky #diditfirst meme regarding Nas's same-sex awards-show kiss —that the two are friends, and to chill.

me and madonna are friends. it’s just a joke.