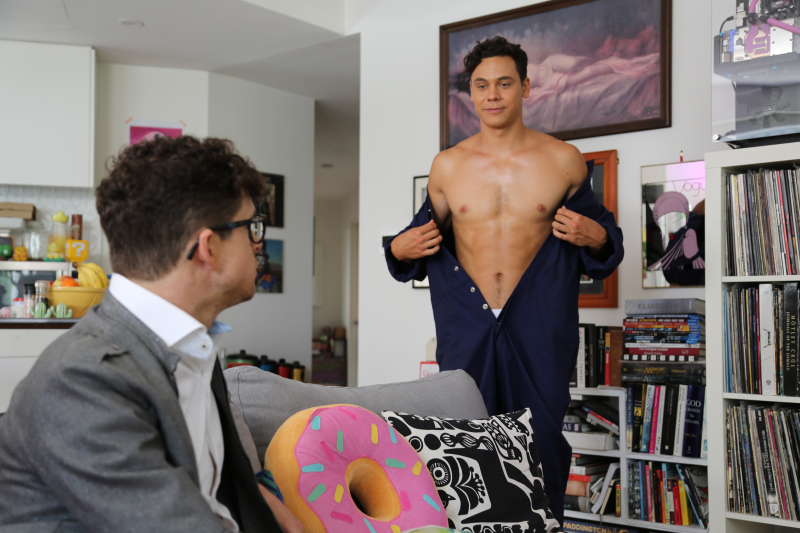 As usual, a major social media company — in this case YouTube — that is virtually indispensable in its field has chosen to crack down on a queer content creator. For added spice, YouTube decided to do it during Pride Month.

Ding Dong I'm Gay (which I first covered here) is a digital series produced with the support of Screen NSW and Screen Australia, film-funding bodies Down Under, and had at last count over 12 million channel views and 28,000 subscribers.  It is safely on the very, very uptight Instagram here.

In a note to producers, YouTube claimed the entire channel was in noncompliance with its rules, citing “severe or repeated violations” of Community Guidelines. This is the same reason YouTube had previously yanked a single episode of the series in 2020, only to realize it had made an error, reinstating it — I guess the channel decided to get cranky during a pandemic.

In a statement, creator Tim Spencer says of the deletion:

YouTube's decision to delete the Ding Dong I'm Gay channel in the middle of Pride Month is beyond disappointing. The not-so-subtle message it gives LGBTQ creatives and audiences is that our identities are confronting, wrong and do not deserve to be seen. It feels really disempowering to be censored so brutally and unfairly, particularly this month.

The channel deletion came with no warning and no consultation. It follows the earlier censorship of episode four in which a male character performs oral sex on another male character. This episode was later re-instated by YouTube after we appealed the decision. A representative from YouTube confirmed that the episode meets the community standards and was removed in error.

The visuals of Ding Dong I’m Gay were very carefully composed to ensure they met YouTube's policy around sexual content. We made sure the sexual content is not gratuitous, that no genitalia is ever seen, and the episodes were locked to 18+ audiences. As a rule, the sex scenes in Ding Dong I'm Gay were always written and shot for humour, not for titillation.

Sex often is awkward and disappointing so it has huge potential for comedy. We have seen heterosexual films and television deal with bad sex between a man and a woman for decades. There is plenty of hetero content on YouTube that shows oral sex. Why are LGBTQ creatives and audiences not afforded the same opportunity to make light of our sexual disasters?

My fellow producers and I have been so excited to bring this series to YouTube and engage with our audience there. I only hope that YouTube chooses to re-instate the channel and this unfair decision does not undo all our hard work to create an LGBT sex-positive comedy.

We are in the process of appealing the cancellation and I really hope that YouTube takes it seriously and reinstates the channel. I know we're not the only LGBTQ creatives to have experienced the cruel and unusual punishment of online censorship. I just hope that bringing more exposure to the suppression of LGBTQ voices can help remove the double standard that faces us as creatives and as a community.

A quick visit to YouTube reveals that the channel is already back. But why are queer creators constantly overpoliced on social media, and how can we put a stop to it? In this case, an appeal received an auto-generated reply that the account was gone and unrecoverable — imagine if that stood.

Creating work like this is already a fragile proposition. Creating it with the specter of nonsensical, biased deletion hovering makes it far less likely this type of content will even exist.