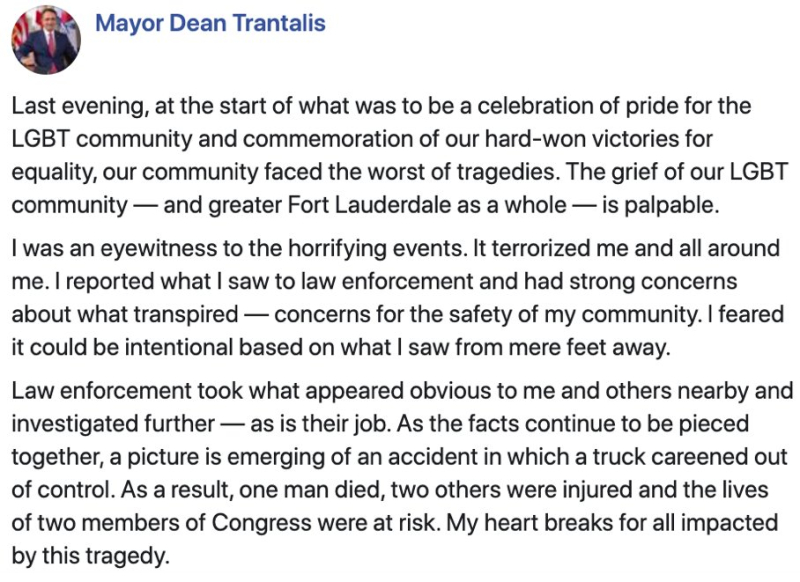 An appalling shirking of his own failure here. (Image via Twitter)

TWITTER: It was thought, only hours after the horrible incident in Wilton Manors, Florida, the same evening in fact, that it was going to be declared an accident. I don't blame Fort Lauderdale's (first gay) Mayor Dean Trantalis for assuming the worst, especially since he was an eyewitness. But I do think his decision to grant interviews about what he saw and to definitively call it terrorism and intentional was an abdication of his role as a leader. His delayed response — he didn't acknowledge he had been wrong until 1:54 p.m. ET the following day, many hours after news broke that the driver was gay and in the parade — and his lack of an actual apology are appalling. I think he should resign, but I would think the residents of his city and the LGBTQ community would at least want him to explicitly apologize.

The man never even said he's sorry, yet he went on TV and said the driver had acted in a premeditated way. Just wrong.

NYT: If you are a political animal, and if you can only look at one political cartoon today, please, God, visit NYT for the animated GIF created by Brandon Celi showing Tucker Carlson in his boxers on his bed, Gidget-style, gossiping with the evil MSM on his rotary phone.

More seriously, the piece outs him as a frequent and shameless anonymous source for the very mainstream sources he makes his money bashing. 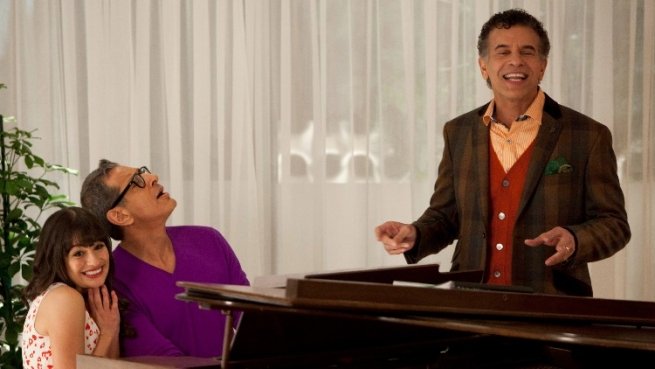 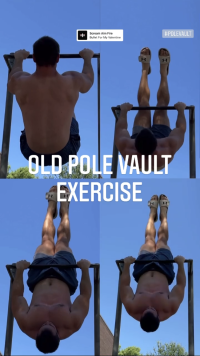 made so much progress that a gay magazine is able to do a list of just some of its fave gay TV dads of all time.

KENNETH IN THE (212): Bunch of shirtless tennis players.

POP CRUSH: No surprise here, but Michael Jackson's daughter Paris Jackson — who is LGBTQ+ but still figuring out her sexuality — told the Smiths on Red Table Talk that when she came out as being attracted to both men and women, it was difficult with her family. She describes the Jackson clan as follows:

She's attempted suicide more than once and her father was clearly a perversely closeted man no matter whether you believe he was a gay pedophile or just gay but asexual (hardly likely); the family's crazy religion was not helpful to him, and it certainly isn't doing her any favors. It's tragic that even with money and fame and resources she is unable to come to the conclusion that her family of Jehovah's Witnesses are just WRONG. The culture wars go on.

here’s a pic of my grandpa with a twink. what is going on. pic.twitter.com/ryzRmObAqo

ATTITUDE: Music artist Little Mix showed a Pride flag onstage in Dubai to make a statement. Another statement is that tourists should avoid going there. Just because it looks great on your IG and it makes you feel rich and fancy, Dubai has repugnant anti-gay (and other) laws.

WAPO: Wonder how Trump's freedom-lovin' voters would have reacted to his initial plan, to send those with COVID-19 to Guantanamo Bay to be quarantined? (I also wonder if Tucker Carlson was a source on this ... ?) 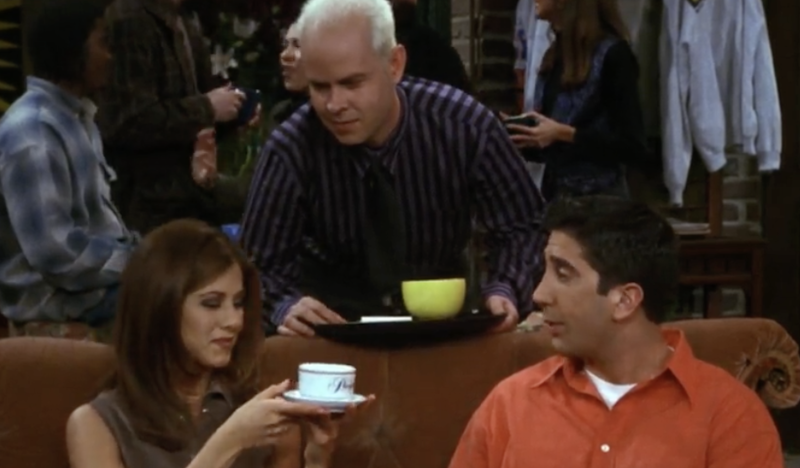 Gunther was a memorable part of the iconic show. (Image via NBC)

TODAY: James Michael Tyler, Gunther on Friends, is suffering from stage 4 prostate cancer that as spread to his bones and partially paralyzed him. 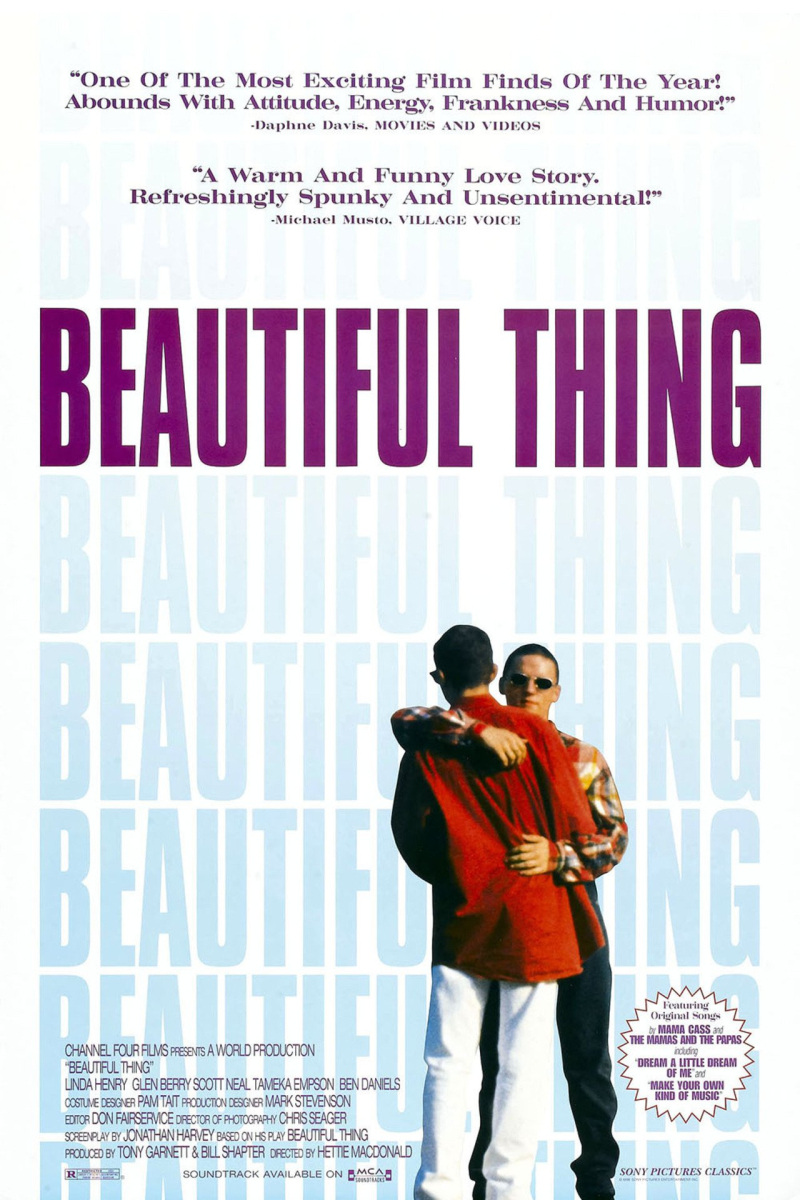 Such a sweet film. (Image via Channel 4)

OUT IN PERTH: Happy 25 to Beautiful Thing, a gay movie you need to see!

IPSOS: Looking like Eric Adams — former conservative, former cop — is sitting pretty in the NYC Democratic primary. I realize NYCers are looking around and wondering how we slipped back into the '70s, but this guy is going to be buddy-buddy with the very police who need a shake-up. In this poll, Yang is back up to #2, and he is also, well, number-two. Garcia, in third, is my pick. Wiley is in fourth. I don't know how ranked-choice will swing stuff.

EXTRA: Trans reality star Jazz Jennings, 20, has gained 100 lbs. recently, and posted a selfie with a pledge to work toward losing the weight. She chalks it up to binge-eating and to her medications.