ABOVE: Hope you sucked a cock in honor of Paul Lynde's birthday!

BELOW: An '80s actor with a killer bulge opens up about what's going on down there, Kamala makes LGBTQ history, an OK dad is A-OK with his gay son and more ... He claims the jeans were an optical illusion ... (Image via video still) 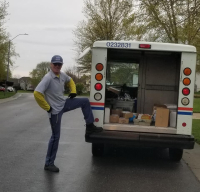 interview in forever is with Allan Kayser, Bubba on Mama's Family, who was recently quizzed about his character's ree-DICK-ulously tight jeans on the series, saying modestly:

I always wore 501s and to this day it’s my pants of choice. I get comments about those jeans all the time, but there’s really not that much going down there. Maybe the camera adds, you know, 10 pounds? [Laughs] They weren’t that snug. Maybe they just fit right? 501s fit me perfectly. They’re comfy. And I’m not bragging here, but I’m still wearing the same size I did back then.

TIKTOK: An Oklahoma dad proudly proclaims he and his son are fixin' to shock their neighborhood with their LGBTQ flag. 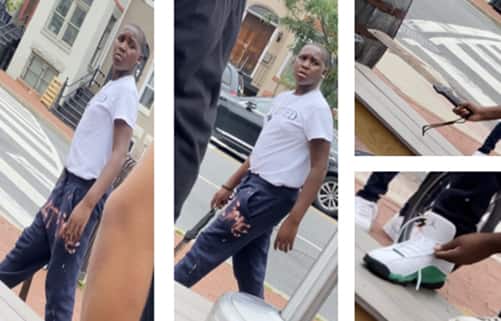 WAPO: D.C. cops are looking for the above suspect, wanted in a machete-wielding hate crime.

EXTRATV: VP Harris has become the first sitting VP to march in an LGBTQ Pride event, marching at Capital Pride Saturday with Second Gentleman Doug Emhoff, and using the occasion to advocate for the passage of the Equality Act — and to stick up for trans rights.

POLITICO: Speaker Pelosi is far more optimistic about Sen. Joe Manchin (D-West Virginia) than just about anybody else. 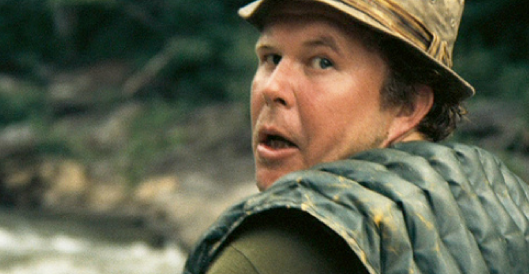 He elevated everything in which he appeared. Which was everything. (Image via Warner Bros.)

EXTRATV: RIP Ned Beatty, 83. Raped on film in Deliverance, and yet still not Oscar-nominated for it.

BUZZFEED: Man who wouldn't wear his mask over his nose and who spit on someone who called him on it is sentenced to 10 years behind bars for the spitting and for physically attacking his foe in a store parking lot. Was it worth it?

SOCIALITE LIFE: Surefire Oscar nominee Anthony Ramos looked hot at the premiere of In the Heights, which is a total delight if you haven't caught it in a theater or on HBO Max yet.

Ramos in his Calvins (GIF via GIPHY