The driver, who was apprehended (Image via video still)

The news out of Wilton Manors, Florida, is tragic — and confusing.

A man, later IDed as a member of a gay chorus who was wearing a Pride-themed shirt and had a Pride flag on his vehicle, was at the wheel when his white pickup truck accelerated through part of a crowd at the beginning of the city's Pride parade.

Two people were struck. One died, and one is hospitalized.

It is never a good idea to decide we know what happened without any investigation, but in this case, it is perhaps excusable that many would immediately assume this was intentional — Florida Gov. Ron DeSantis literally just signed a bill saying it's okay to mow down protesters with your vehicle. (Not being sarcastic — that happened.)

However, even though the mayor instantly declared it was “a terrorist attack,” “deliberate” and “premeditated,” it is looking like it was not.

BREAKING: At least 2 people have been hit by a truck at the beginning of the @WiltonManorsCty #Pride parade. @delarosaWPLG was only yards away at the time. He spoke with @DeanTrantalis. @WPLGLocal10 pic.twitter.com/CRRmGz0a12

Fort Lauderdale Mayor Dean Trantalis also asserted that the target of the act was Democratic Rep. Debbie Wasserman Schultz, a divisive figure in some quarters. Wasserman Schultz was seen crying at the event, which was canceled.

Photos from the scene where a truck drove into a crowd taking part in The Stonewall Pride Parade and Street Festival in Wilton Manors. Rep. Wasserman Schultz is seen reacting to the incident. @SunSentinel pic.twitter.com/UAIaa7yRTe

Other spectators felt it was intentional, too, but it seems completely irresponsible for the mayor to rush to a news outlet and make these declarations in the heat of the moment. Trantalis really dug in deep, later making comments about how the driver's face looked like he was there to cause trouble, etc.

Local10, a news org local to the scene, pointed out that the driver and victims were all part of the Fort Lauderdale Gay Men's Chorus. Justin Knight, president of the chorus, said:

Our thoughts and prayers are with those affected by the tragic accident that occurred when the Stonewall Pride Parade was just getting started. Our fellow Chorus members were those injured and the driver was also a part of the Chorus family. To my knowledge, this was not an attack on the LGBTQ community. We anticipate more details to follow and ask for the community’s love and support.

Witnesses said the driver pleaded with police that it was an accident, saying his foot got stuck.

The investigation — with aid from the FBI — continues.

It feels wrong to me that so many who perhaps understandably felt this seemed to be an intentional act have yet to remove their rhetoric from social media about terrorism and the LGBTQ community being under attack. Again, I think the only excuse for people jumping the gun is this: 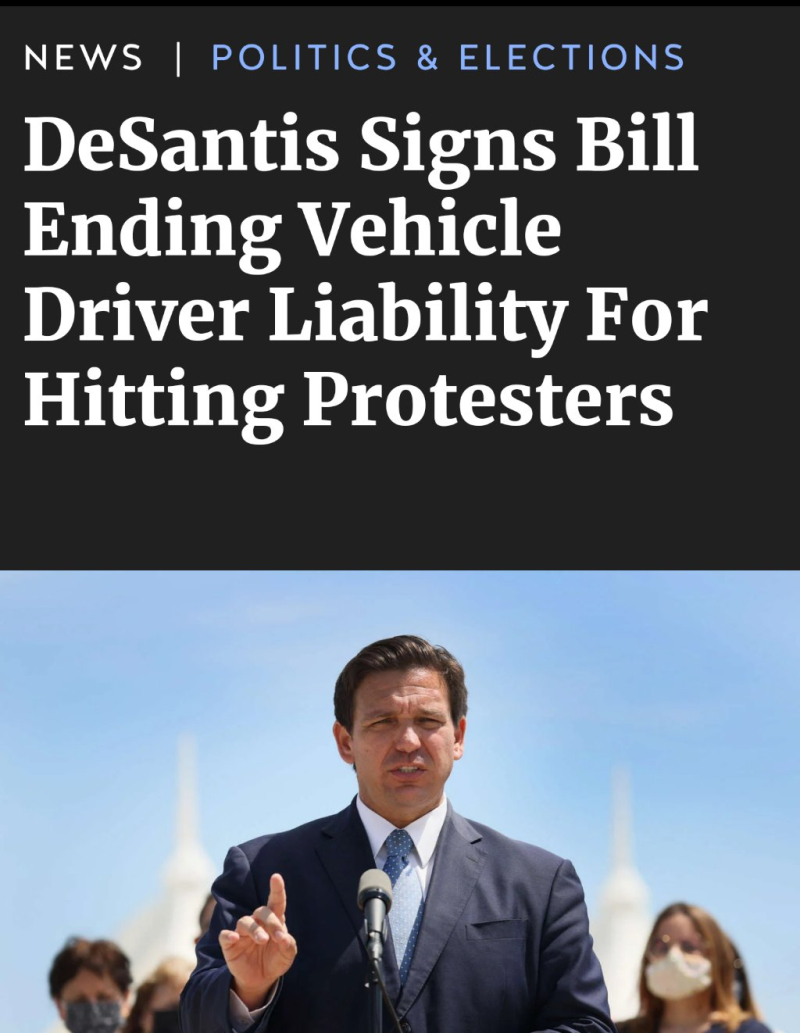 This is egregiously wrong, either way. (Image via screengrab)