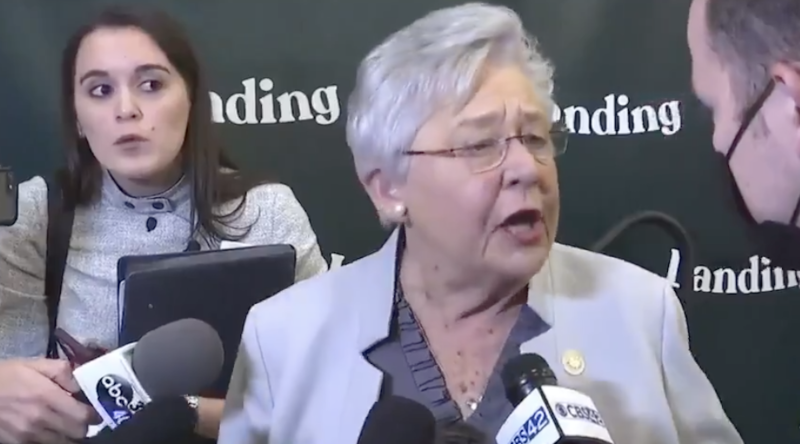 Increasingly, the GOP, faced with a rising number of serious COVID-19 infections, mostly among the unvaccinated, is suddenly and without any acknowledgment of its complicity with the anti-Fauci, anti-vaxxer and conspiracy-theory movements, flipping the script, encouraging people to get the shot.

The latest example of this is Alabama's 76-year-old Republican Gov. Kay Ivey, who snapped when a reporter asked her about her state having the very worst vaccination rate in the U.S.

Her response is generating praise on social media. She said:

Oh, really?! This is the same Gov. Ivey who in May signed into law a ban on vaccine passports, and who lifted al mask guidelines and restrictions months earlier than other places did.

And “regular” folks? Less than half her state is vaccinated. The unvaccinated, in Alabama, are the regular folks.