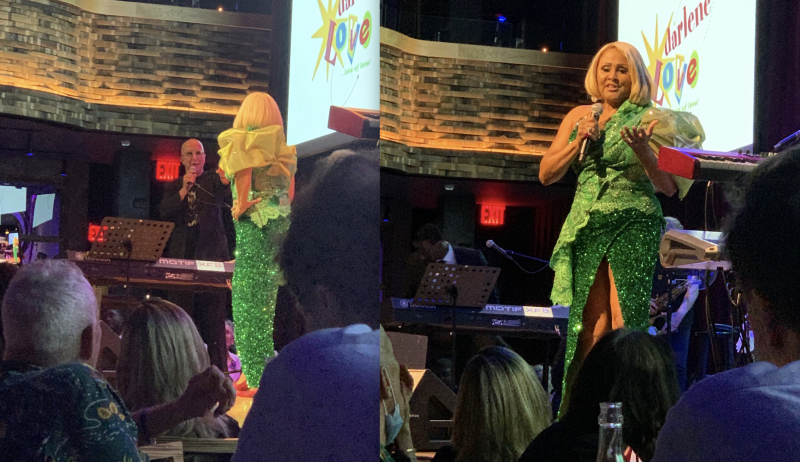 The concept of a musical performance being magical is a cliché, but there is something otherworldly about a Darlene Love concert.

Her pipes are transcendent, she channels gospel as if calling the angels and she looks like no 80-year-old woman you've ever seen, challenging doubts about man's ability to time-travel. For all the world, it feels like the '60s when Love channels them, making an evening with her feel like witnessing a link to the past, to how music sounded, was played, was sung.

And yet she is very much in the now, enjoying herself and enjoying touching you with her blessed instrument. 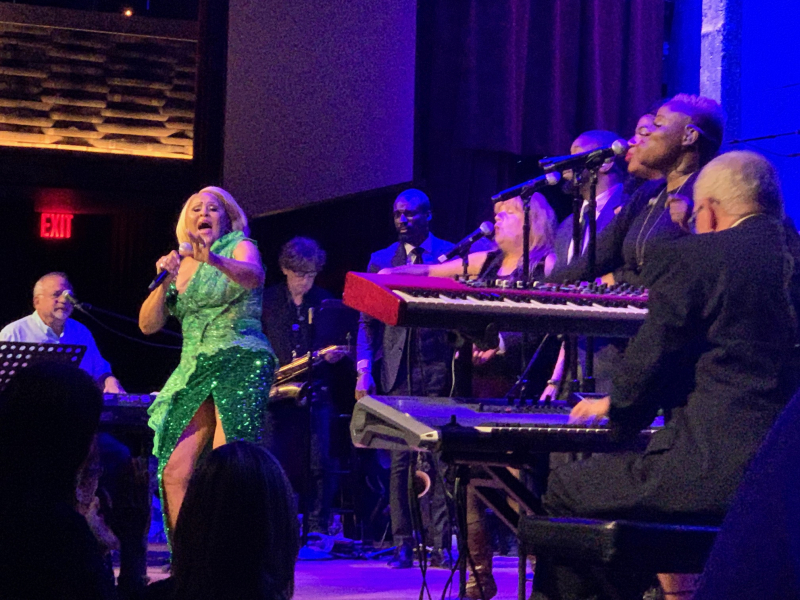 For her packed show at the City Winery in NYC Monday evening, Love — most famous for “Christmas (Baby Please Come Home)” and all its iterations on David Letterman's stage — looked like a glittering Christmas tree in green with red pumps, and was the gift that kept on giving, from spirituals to '60s classics “He's a Rebel” and “He's Sure the Boy I Love” to killer cuts from Introducing Darlene Love like “Among the Believers,” “Forbidden Nights” and “Painkiller.”

One of many highlights came when Love called friend Annie Golden to the stage to help back her up on “River Deep - Mountain High,” which also featured longtime friend and fan Marc Shaiman on keyboards. It was a roaring rendition that could not have been eclipsed by any of their performances of the same song during the 1984 Broadway run of Leader of the Pack. 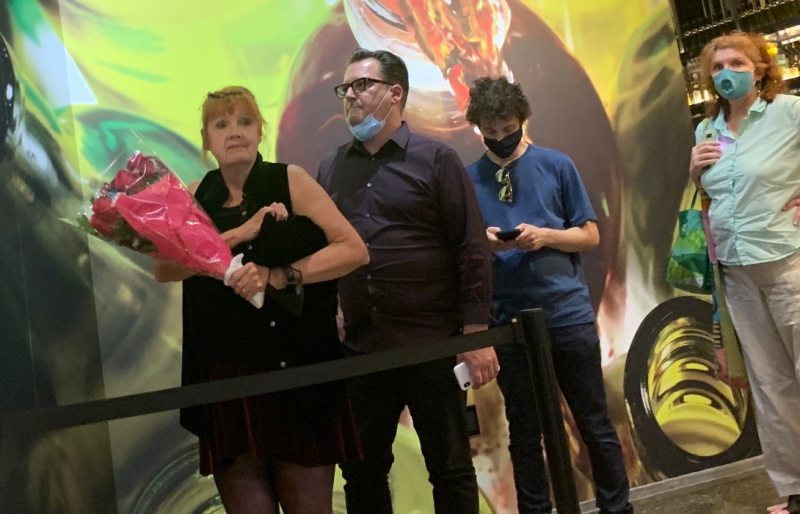 Golden with flowers for her old pal

In fine voice, Love — fluid onstage, her bare legs effortlessly prancing in spiked heels — sang her heart out for the rapt crowd, graced us with some of 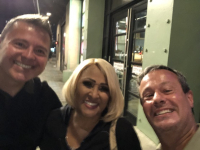 her inspiring, later-in-life success story and reached out and touched many in the crowd of vaccinated Boomers reliving an era when rock was king.

The night, a birthday celebration, included surprise recorded messages from family and famous friends (Bruce Springsteen, Cyndi Lauper, Dionne Warwick), as well as the warm words of Steven Van Zandt and a champagne toast. At the center of it all, a joyful Rock and Roll Hall of Famer  grateful to be able to spread the love.

“Magic” may be a cliché, but it's still magic.