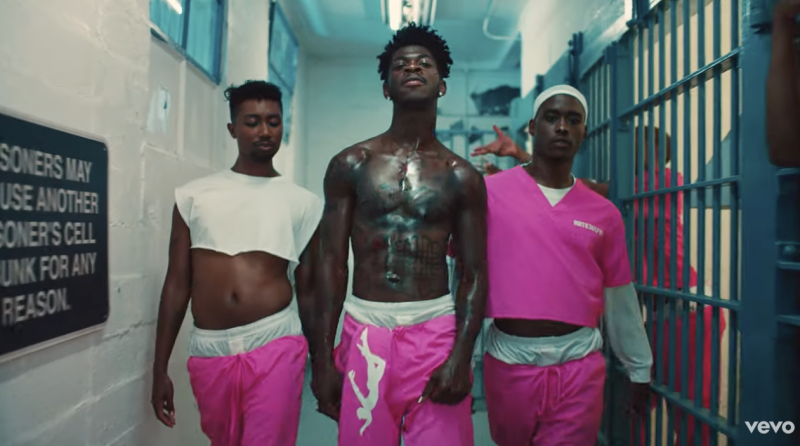 Lil Nas X's video for his track “Industry Baby” (feat. Jack Harlow) is absolutely amazing. It takes the form by the balls and shocks and surprises in ways music videos haven't done in ages.

As a Gen Xer who holds sacred the art of the three-minute movie masterpieces of the '80s and '90s, I have to say Nas is a true video artiste, and a charming-as-hell disrupter. He is making every closeted artist look foolish with his bravado, and like the best of all pop stars do, he is being provocative while making point after point.

Don't believe me? Take a look:

Also, I'm not a hip-hop person, and rap can leave me cold (though I respect it as an art form), but Harlow's rap really stuck with me from the first listen — he goes through the usual bragging B.S. then demands that we get a sense of humor and trashes, well, all of us on social media who think we are better than him or anyone else. Really a great part of the song.