ABOVE: This group, to which I belong, has good taste.

BELOW: Keep reading for DNA's sexiest men alive, Biden's vow regarding terrorists in Kabul, Roger Montoya on that porn-powered campaign to try to defeat him, a new Louis for Interview with the Vampire and more ... 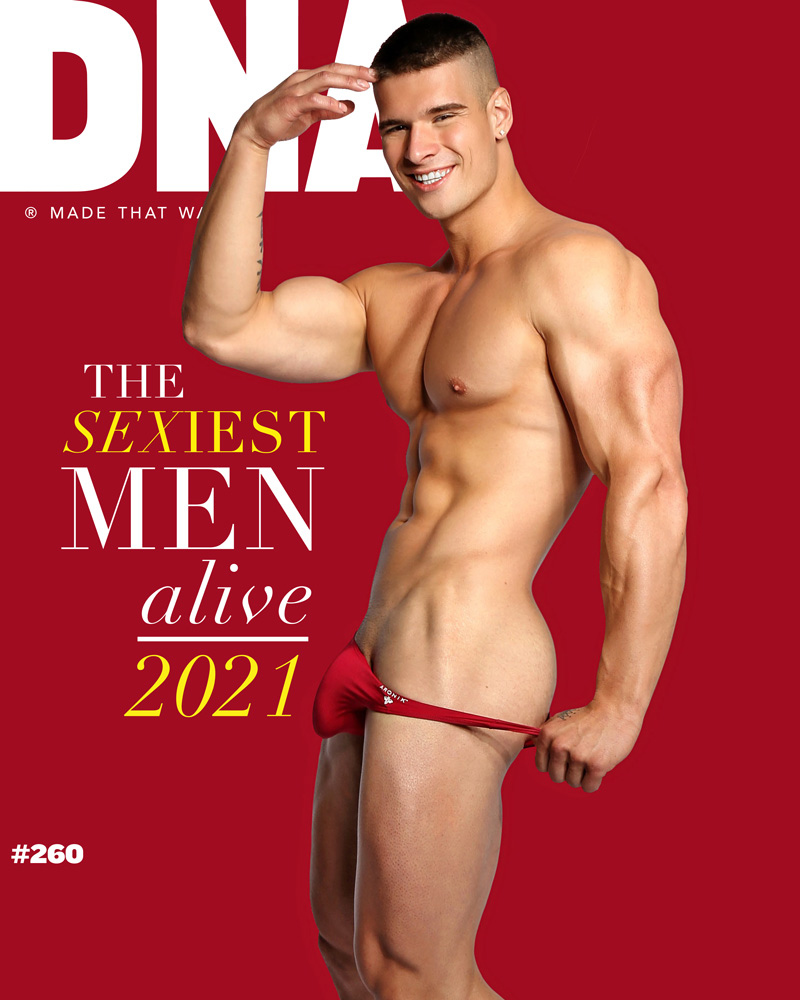 HUFF POST: Biden vows to avenge the deaths of U.S. soldiers and Afghan citizens at the Kabul Airport.

ABC13: Texas House Speaker Dade Phelan banned use of the word “racism” when debating the body's contentious voting rights bill that would disenfranchise a disproportionate number of Black voters. Perhaps he had to say this to get elected, but I hope he isn't ashamed. (Image via KOB4) 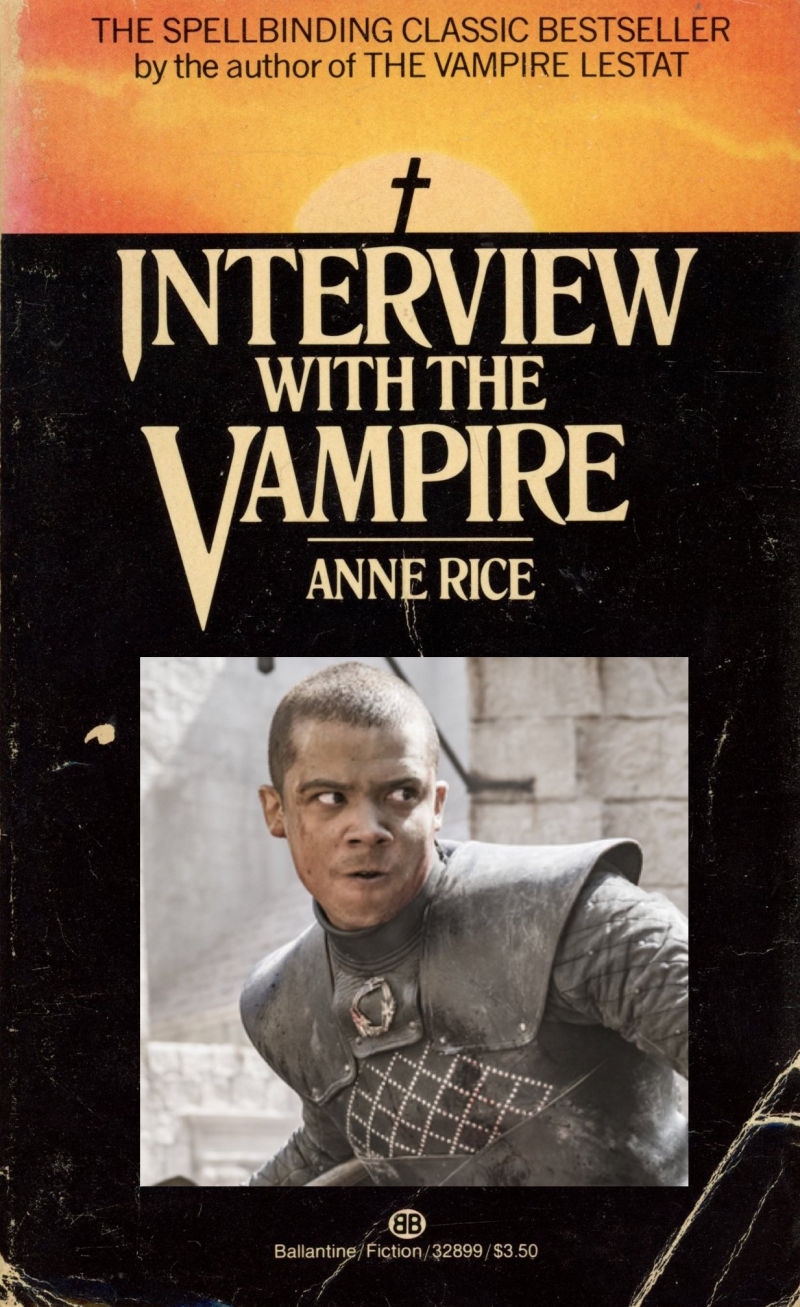 My original reading copy, plus Jacob (Images via HBO & Ballantine)

WORLD OF WONDER: Jacob Anderson will play Louis in a new Interview with the Vampire retelling.

ADVOCATE: A run-down of over 30 fall shows and movies LGBTQ viewers may especially enjoy.

POLITICO: Unfortunately, Michael Caputo, one of the absolute WORST of Trump's worst henchmen, was spared by cancer. A new, long read about him at Politico attempts to argue that he is a changed man in some ways ... and yet, he doesn't apologize for his unhinged rant on Facebook Live that preceded his departure from public life, and near the end, he states:

“I believe Covid-19 was created in and released from the Wuhan lab, and the work to defeat the very real pandemic that resulted was manipulated to also assure the defeat of Donald Trump,” he said.

“I believe the 2020 elections were fraudulent in many states and the results were manipulated to assure the defeat of Donald Trump,” he said.

“I believe the same cynical federal authorities and bureaucrats who tried and failed to destroy my family with the bogus Russia investigations created a similarly anti-American plan that created or worsened illegal activity at the U.S. Capitol,” he said.

“Importantly, I’m wide open to changing my mind on all three points. As they say: Prove me wrong,” he said.

More of the same. His only change is he no longer wishes to be on the front lines.

JOE.MY.GOD.: Fucking finally. The excellent SCOTUS Justice Stephen Breyer, a reliable liberal, has said his is considering retirement. Why so eager to get rid of him? Because there is no way Biden will be able to replace a justice if the Senate slips into Republican hands, which could happen in a number of ways (Gov. Newsom loses his recall race in California, Larry Elder or Caitlyn Jenner or someone is installed, Sen. Feinstein dies is just one scenario). Here's hoping he does not make the high-stakes gamble that Justice Ginsberg did, one that she and we lost.

KENNETH IN THE (212): This guy is proud of his biceps-built-for-two.

VARIETY: Halsey's new album If I Can't Have Love, I Want Power is Trent Reznor-infused, and its cover is a smack in the face to puritanical thoughts about the nipple. 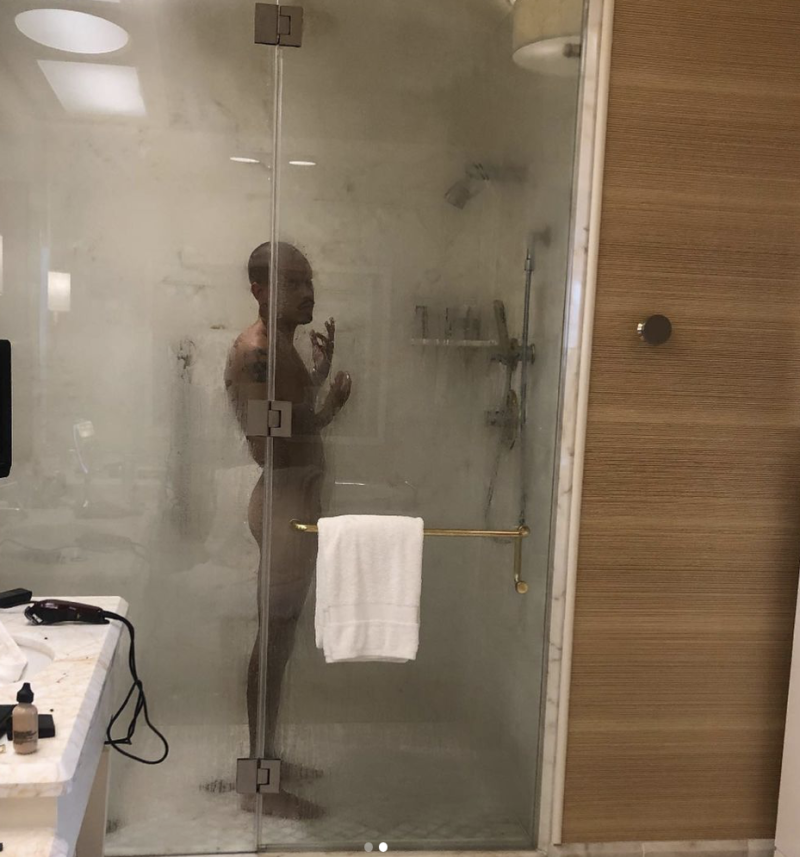