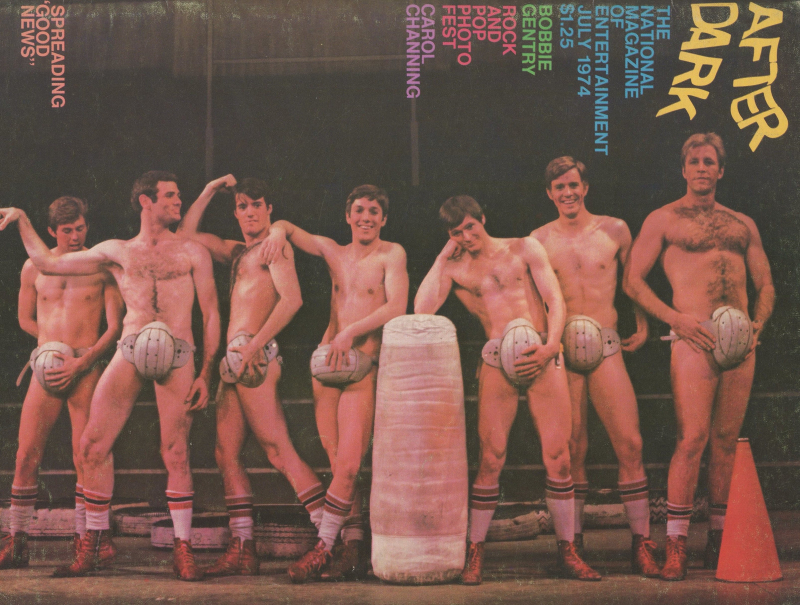 Chorus bois (Image by Kenn Duncan for After Dark)

ABOVE: Flashing back to Good News, a 1973-1974 musical revival of a 1927 show. Starring Alice Faye and Gene Nelson (John Payne had appeared in it out of town), the show as panned (“combined, [Faye and Nelson] have the stage presence of a balcony seat”). But the boys — oh, the boys.

BELOW: Keep reading for Jackée Harry, Louis Virtel, how COVID-19 is helped along by wildfires and more  ...

ECHO: A hidden doorway in a parking lot in the U.K. once led to the town's secret gay club.