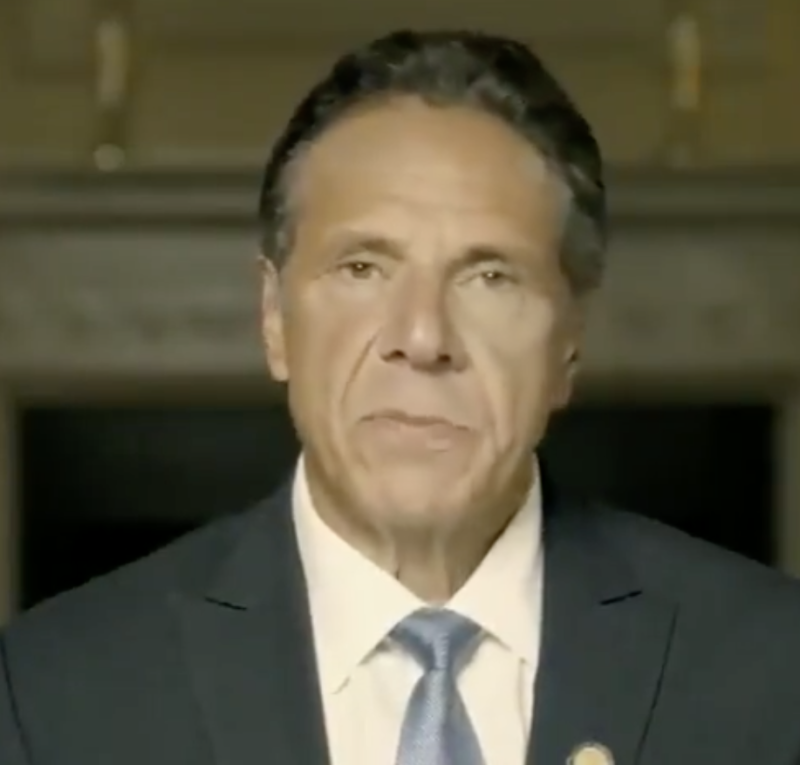 Cuomo says the facts are far different from what the investigation has concluded. (Image via video still)

N.Y. Gov. Andrew Cuomo is responding forcefully to the revelations in A.G. Letitia James's investigation into allegations he sexually harassed 11 women, including direct subordinates, and he is not copping to any of it.

Cuomo denies he has ever touched anyone inappropriately, and is denying he ever sexually harassed anyone.

Not surprisingly, GOP figures silent about Trump, about Gaetz, about Clarence Thomas, etc., are calling for him to resign, with no shame. But so are many Democrats.

Is this enough to push the resiliently popular governor out the door? Or will he stay in office? And even run again?

BREAKING: Gov. Andrew Cuomo responds to NY AG report finding he allegedly sexually harassed multiple women: "I never touched anyone inappropriately or made inappropriate sexual advances...That is just not who I am and that's not who I have ever been." https://t.co/A4C7lVCcvu pic.twitter.com/IaMnFjpjvZ