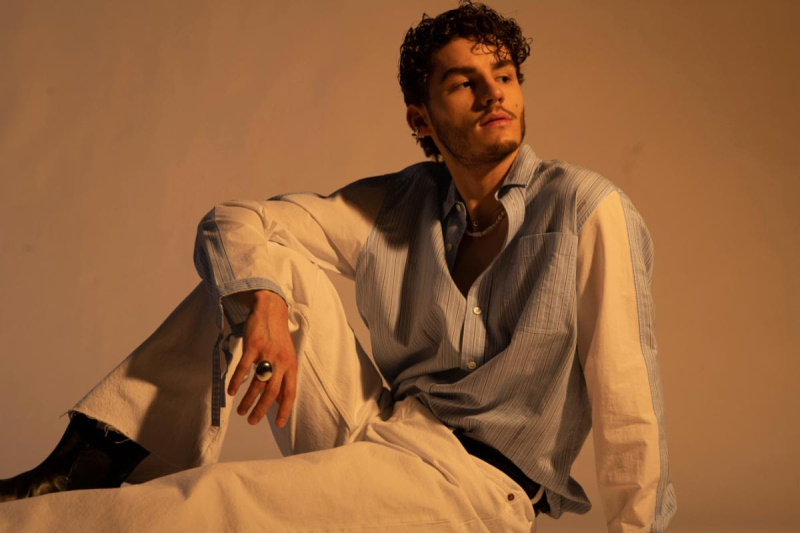 And now, a palate-cleansing, sweet video from Ryland James — co-starring his boyfriend — that's all about their long-distance romance and how it flowered in person.

This video is the most important video I’ve ever made, not only for myself as an artist but for myself as a person. “3 Purple Hearts” is about me falling in love for the first time really intensely and being afraid to lose it just as quickly. It’s about coming to terms with my sexuality and battling the feeling that I couldn’t share that part of me with the world through my relationship. When I wrote this song my boyfriend and I were doing long distance and I was still hiding my true self from the public. It was scary considering coming out online, but earlier this year I couldn’t hold it in anymore and finally did just that. The response was overwhelmingly positive, and not long after I asked Ryan (my boyfriend) if he wanted to move in with me. He enthusiastically agreed so I packed my car and went on the 18 hour drive to bring him home. All the footage in this video is from that road trip, just the two of us having fun being in love and finally being free to share it with the world. It’s like a part-two to the song’s story itself. The celebratory conclusion after all the fear and distance. Everything worked out beautifully, and this video is a reflection of that. The beginning of a new era in my life and artistry.