BELOW: Keep reading for Murray Bartlett offers the poop on The White Lotus, more Afghanistan armchair nation-building, the battle for Nichelle Nichols and more  ... 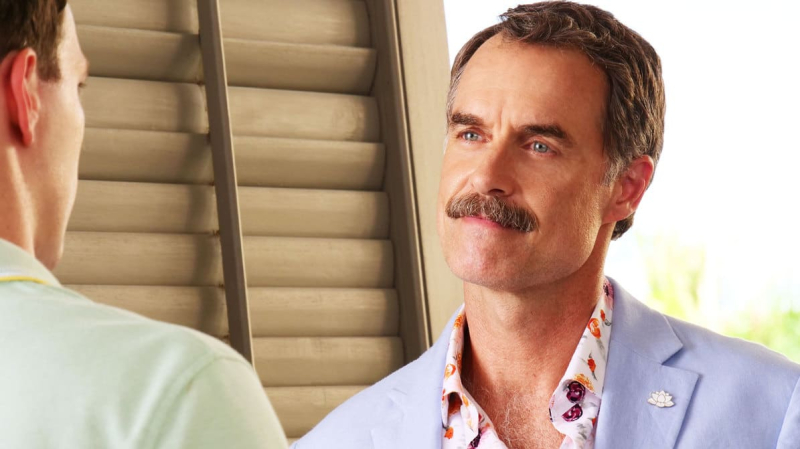 His performance was perfectly shitty. (Image via Mario Perez/HBO)

When I got the script, I thought, “Oh, this isn’t going to be that bad.” And then when I saw it I was like, “Oh, my God.” I had no idea it was going to be that explicit. But at the same time when I saw it on the page and more so when I saw it on screen it was the perfect moment in the story, because it’s got the kind of shock value that really works in the moment. When I watched it, I wasn’t expecting it to be so one-shot. I got to feel what it is to experience that moment in shock. I love that Mike White will go there.

POLITICO: Disaster upon disaster led to the heartbreaking scenes in Afghanistan yesterday, but at the core of them, the worst intelligence failure in memory. Nobody foresaw the entire Afghan army rolling over without a fight.

You cannot make this stuff up. Scrubbing the website as if the entire internet doesn't still exist. pic.twitter.com/iVkEG4puc2

TWITTER: The GOP is trying to scrub evidence that Trump initiated the departure from Afghanistan, that he handed 5,000 prisoners to the Taliban, that he legitimized the Taliban (and almost had them at Camp David), etc., etc.

Trump says Biden should "resign in disgrace." Here's what he said about Afghan troop withdrawal back on June 26th:

TWITTER: Rep. Barbara Lee (D-California) was the only member of Congress to vote against the Afghan War:

The moral clarity of Rep Barbara Lee—the only member of Congress to vote against the Afghan war.

“However difficult this vote, Let's pause, just for a minute & think through the implications of our actions today, so this does not spiral out of control.”pic.twitter.com/iRq9wU8ye5

THE GUARDIAN: A young woman in Kabul tells her story — and says everything she has achieved will now go up in smoke.

GR8ERDAYS: Inside the conservatorship battle over ... Nichelle Nichols. In this case, the 88-year-old Star Trek legend is demonstrably mentally unwell (dementia), and her only child is duking it out against a manager and a friend.

GO PRIDE: Some 92% of LGBTQ people have gotten the COVID-19 vaccine.

KENNETH IN THE (212): Shameless manspreading at its finest.

TEXAS NEWS TODAY: Cardinal Burke, an anti-vaxxer, is at death's door on a ventilator with COVID-19.

GR8ERDAYS: Madonna turns 63, and has announced what sounds like a dream (re-)partnering with Warner Music Group. Via statement:

2022 will mark the 40th anniversary of Madonna’s recording debut. This new deal heralds the launch next year of an extensive, multi-year series of catalog releases that will revisit the groundbreaking music that made her an international icon. For the first time, Madonna will personally curate expansive deluxe editions for many of her landmark albums, as well as introduce unique releases for special events, and much more. The series of releases will be overseen by Warner Music’s catalog team, led by Kevin Gore, President of Global Catalog, Recorded Music, with the first release to be announced soon.