ABOVE: Yes, Paul Forman's IG is consistently this hot.

BELOW: Keep reading for Nathan Fillion's bulge, Tom Daley's suction, a guy with the body of a Russian gymnast, Nina Turner going down in flames and more ... 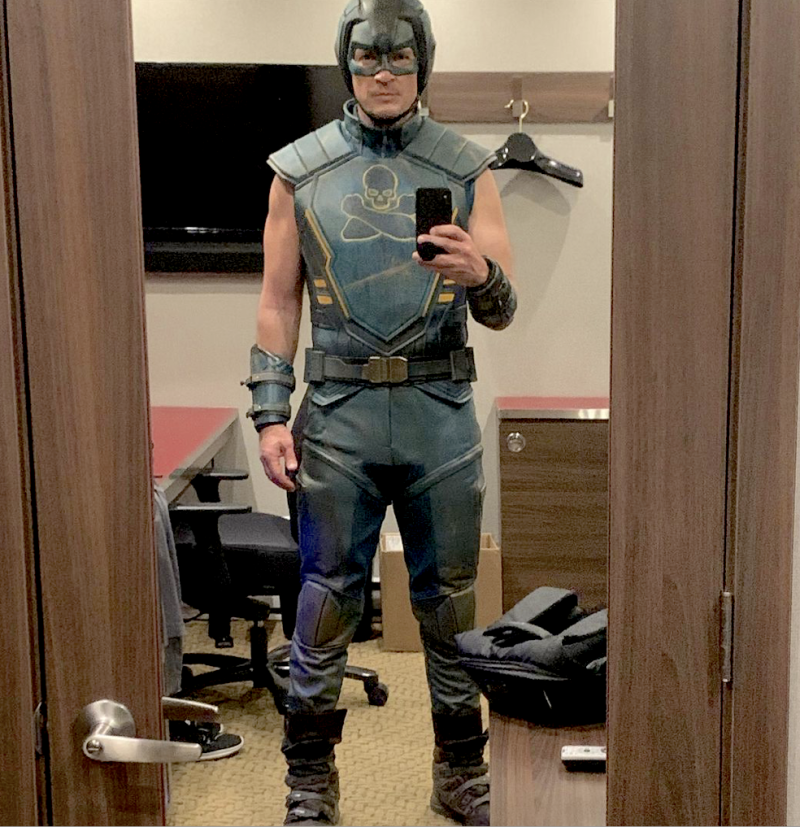 EXTRATV: Nathan Fillion's shredded superhero body, and his take on his new flick The Suicide Squad. 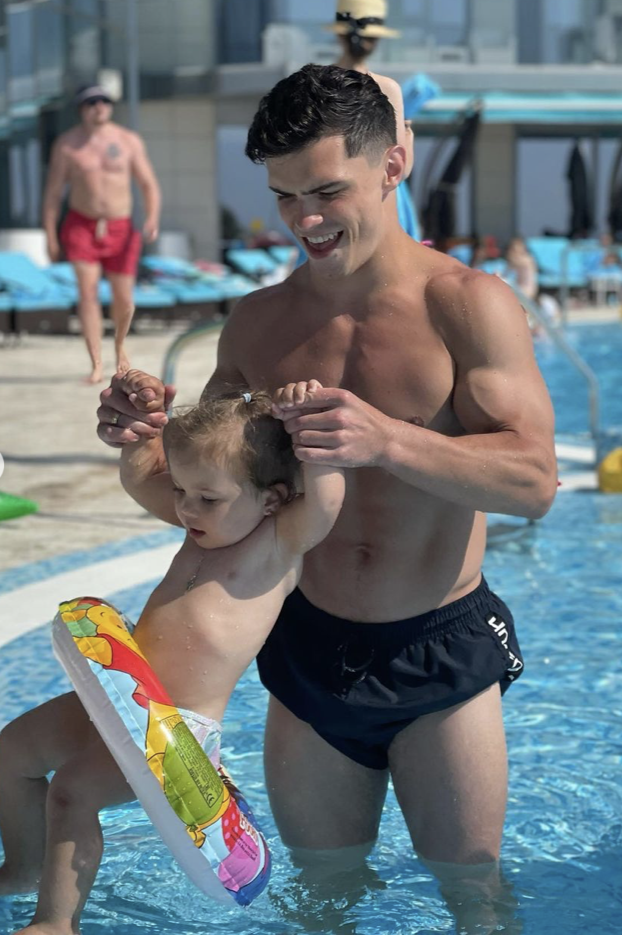 KENNETH IN THE (212): He's a married Russian dad with a cross tattoo — what could possibly go wrong?! 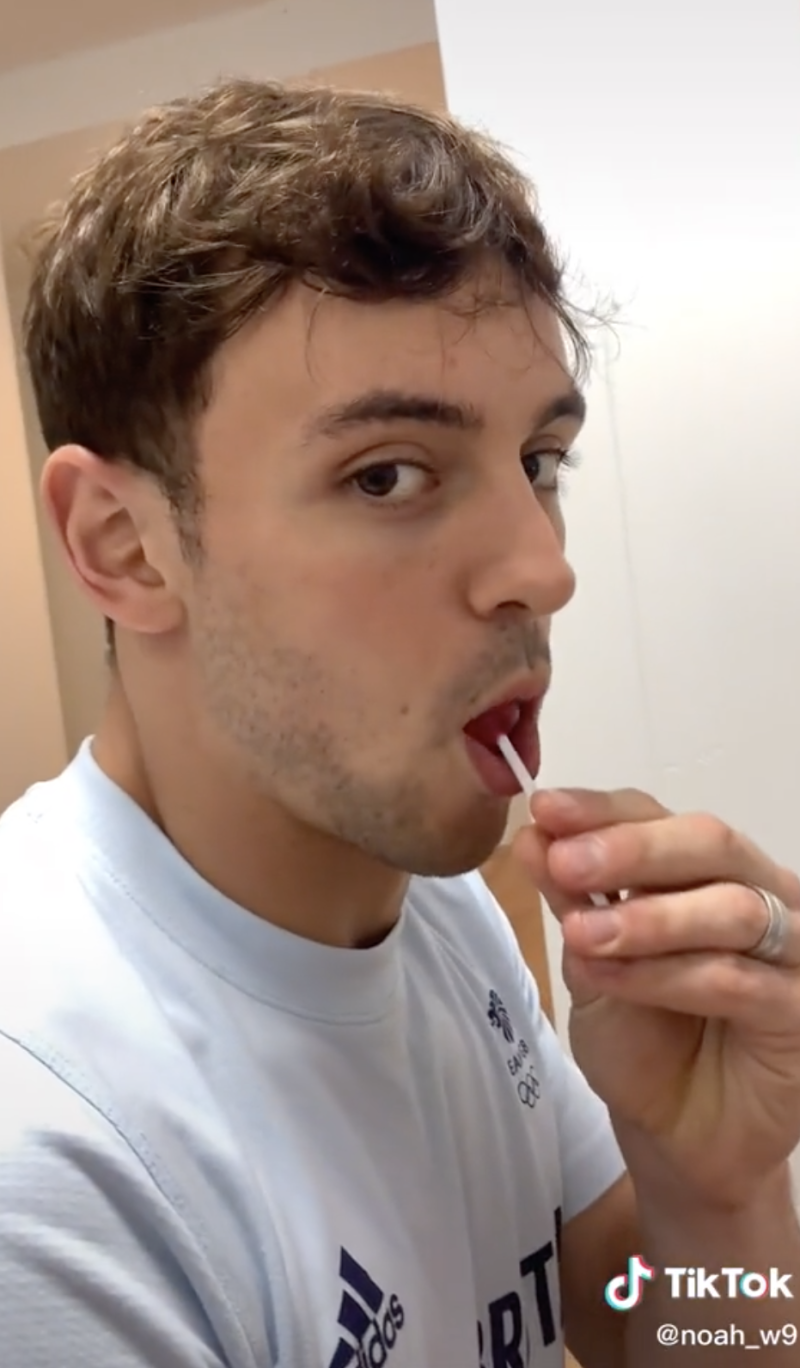 When was the last time Tom used a condom?! (Image via TikTok)

TIKTOK: Tom Daley unboxing condoms at the Olympics, with Lil Nas X as the soundtrack:

NBC NEWS: Contemptible Nina Turner, who compared Biden to shit and refused to say if she had voted for Hillary in 2016, lost a hotly contested House race in Ohio's 11th congressional district to establishment pick Shontel Brown, the latter of whom had the endorsement of President Biden, Hillary Clinton and Rep. James Clyburn (D-South Carolina). The last thing the Democratic Party needs when we have razor-thin Senate and House majorities is another “blow it all up” type, so I'm happy Ohio Dems made this choice — by around 5%.

When Congresswoman @repjulialetlow (R-LA.) looked at soaring Covid cases in her state, yet again, & a very low vaccination rate in her own district, she decided to tell her story & that of her dead husband, in hopes others will get vaccinated. Here she is: pic.twitter.com/BDWwEfiBvM

TWITTER: Rep. Julia Letlow (R-Louisiana) is opening up about her husband's shocking death around Christmastime from COVID-19 in light of her district's low vaccination rates.

CNN: Offspring drummer fired over refusal to get vaccinated.

HUFF POST: The right shamed Obama into turning his 60th-birthday bash into a small party for friends and family.

GR8ERDAYS (FOLLOWS APPRECIATED): As part of my ongoing list of celebrities age 80 and older who are still with us, I have been well aware of the gasp-inducing presence of Catherine Deneuve's mother, Renée Dorléac née Simonot, who until July 11 was still with us at age 109. She died that day, just under two months shy of supercentenarian (110) status. I just happened to Google her to check on her and realized she had died three weeks ago. Incredible to think she was still here so recently, having worked as a voice-over artist in movies from 1929 until she retired. She was the oldest living retired performer of any kind, I believe, at the time of her death.

NYP: Amy Cooper, the infamous Central Park Karen, is so very afraid she will be recognized while walking her dog that she ... has rehashed the entire incident on a podcast.

It's a cheap laugh, but laughs are hard to come by these days. pic.twitter.com/slyjsSdz1e