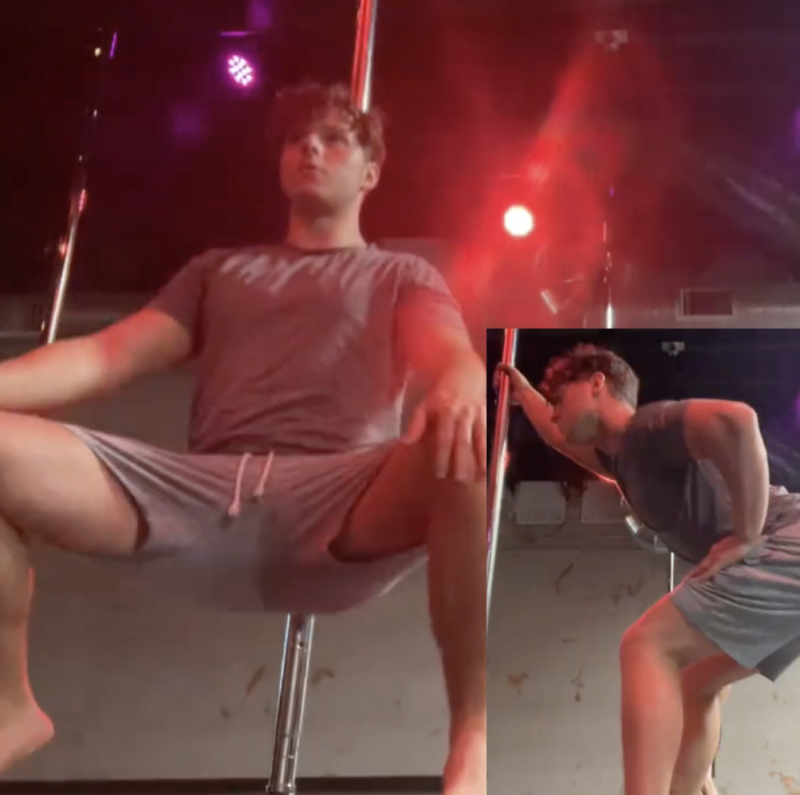 He calls it Tragic Mike, I call it oxygen. (Images via video stills)

VULTURE: A fascinating conversation with the white The White Lotus creator Mike White about the show, about the fate of the characters and about whose stories get told and what that means.

GREG IN HOLLYWOOD: Stephen Amell is reading his thirst tweets.

THR: It sounds, at least from this interview with Afghan filmmaker Shahrbanoo Sadat, that residents of Kabul were caught as flatfooted as U.S. intelligence regarding just how quickly the Taliban was going to enter the city. She felt she had another month and turned down a flight the day before they arrived (because it didn't include her family):

“It’s a great shock — we didn’t expect this to happen so soon,” says Sadat on the Taliban’s lightning-fast advance, adding that she thought it would be “at least one month” before they were in Kabul. Even though she was warned the day before they entered the capital (and actually invited to fly — an invitation she rejected as it didn’t include her family), Sadat says she didn’t really acknowledge the reality. “Living in Afghanistan, your ears get used to hearing about how the Taliban are on the way, the Taliban are in this part of the country and that part of the country,” she says. “So you don’t really differentiate the danger anymore, because you hear these sentences all the time.”

YAHOO! NEWS: George W. Bush is ever-so-sad about Afghanistan. Who could've foreseen such a morass? (Oh, a lot of people.)

HUFF POST: Wonder how Zac Efron and Jessica Alba feel promoting the anti-gay Dubai, now that there is also an allegation that the country allows China to run a black-site prison within its borders?

Lucy's latest hare-brained scheme to get famous — a podcast! (GIF via GIPHY)

PALM SPRINGS LIFE: My Lucille Ball-fanatic friends sent me this piece on how Lucie Arnaz is celebrating the 70th anniversary of her mom and dad's I Love Lucy with many new, official products, among them an Amy Poehler-directed documentary, the upcoming Being the Ricardos movie and a new podcast containing rarely heard radio interviews Lucy did in the '60s with such luminaries as Barbara Stanwyck, Bob Hope, Frank Sinatra and Barbra Streisand. Let's Talk to Lucy is on Sirius.

JOE.MY.GOD.: Wisconsin state Rep. André Jacque — a Republican who is adamantly anti-mask and anti-vax — has been hospitalized with COVID-19 pneumonia, just days after his maskless testimony on the subject.

INSTAGRAM: Reminder that Juliette Lewis is an unapologetic '80s kid: