Drummer is too raunchy for eBay; a random list of other mags are not. (Image via Drummer)

Nugget in the article that suggests eBay might one day come around:

“eBay is committed to maintaining a safe, trusted and inclusive marketplace for our community of buyers and sellers and we are continually reevaluating product categories allowed on the platform.” — eBay statement

HUFF POST: President Biden warns another Kabul airport attack is highly likely as the U.S. begins to wrap up evacuations (over 120K so far) and abandon a 20-year morass. Related: The Taliban has mostly sealed off the airport.

THE CUT: Header of the day: “TikTok Made Me Gay.”

Martin says Flemmings apologized — but refused to admit he had uttered a slur. (Image via video still)

ESPN: How Collin Martin of the San Diego Loyals is helping to make the game more inclusive for LGBTQ players after becoming the only out player in the pro sport in the U.S. Also, Martin addresses the infamous incident in which rival player Junior Flemmings used an anti-gay slur against him.

YAHOO! NEWS: Gay Indian-Americans are having a tough time finding Indian pandits (priests) in the U.S. to perform wedding ceremonies — so they're having to celebrate in other ways.

EXTRATV: Gay, intergenerational couple is back for more on 90 Day Fiancé: The Other Way, and they're fighting over how much $$$ to spend on the wedding... and whether to expand their family with more kids.

MEIDAS TOUCH: Caleb Wallace, head of the San Angelo Freedom Fighters, who sought to end, er, “COVID tyranny” — has died after being sedated and on a ventilator with COVID-19. He had initially treated himself with de-wormer in July, then entered the hospital and never came out. He leaves a wife and three kids. Famous last words on COVID:

The science is out there, and it's saying this is perfectly fine to live with.

How much to chisel that in marble?

JOE.MY.GOD.: Brazil's far-right Jair Bolsonaro says the '22 election there will result in him winning, going to prison or being murdered. If only those were the options on the ballot.

VANITY FAIR: Racist Eric Clapton is continuing down the path of anti-vaxxerism.

GR8ERDAYS: Sirhan Sirhan — RFK's assassin — is up for parole, and likely only to be kept imprisoned if Gov. Newsom (assuming he survives recall) decides the parole board erred. Unbelievably, two of RFK's kids are all for Sirhan's release. Unbelievably, one of those is batshit-crazy RFK Jr., the anti-vaxxer who Fran Drescher adores. (I like Fran, too, but health-wise, she is an absolute anti-authority. She survived cancer, which is wonderful, but seems to feel it has made her especially gifted when it comes to science, which is not wonderful.)

Related: A new lawsuit seeks to have the September recall in California deemed unconstitutional. 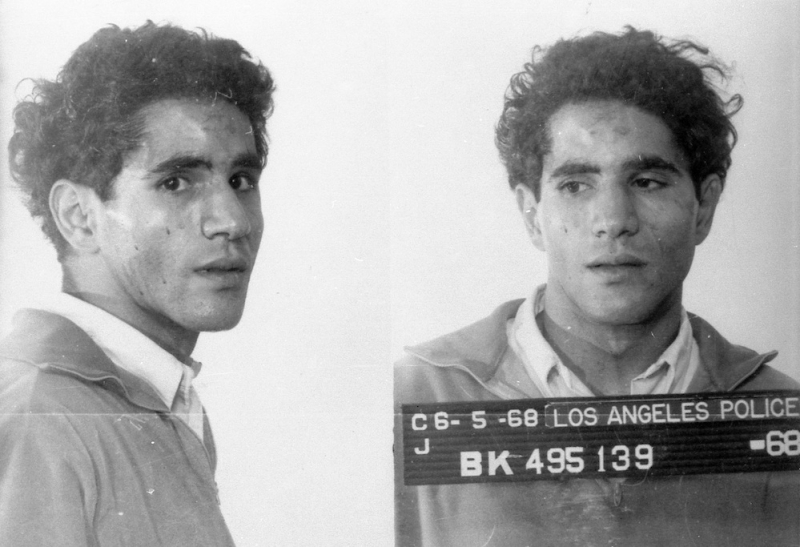 Sirhan Sirhan, with RFK's blood still on him (Image via California Dept. of Corrections)