BELOW: Keep reading for the fall of Afghanistan, a gay dad's COVID-19 warning, how Biden is thwarting DeSantis's murderous COVID-19 policy, the hotness that is Cheyenne Jackson and more ... 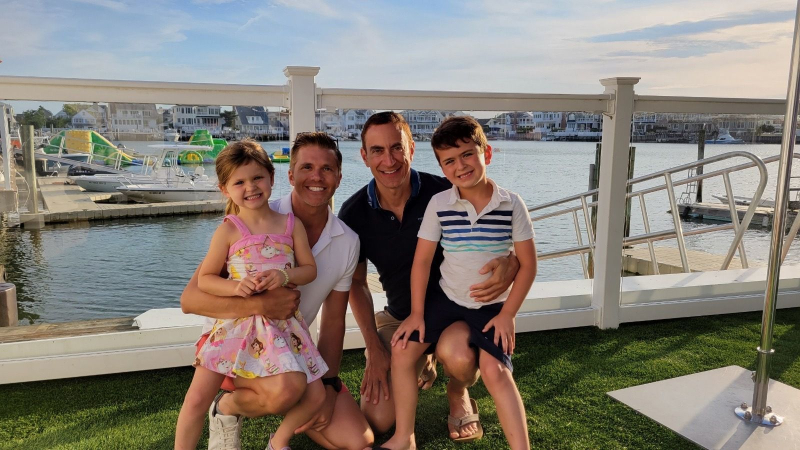 The vaccine probably spared them a worse outcome. (Image via Adam Joseph)

PHILADELPHIA INQUIRER: A gay meteorologist and his husband, who had been diligent on the COVID-19 front from square one, decided to let an unvaccinated relative visit their family. It was a huge mistake, one that resulted in three of the four of them getting sick. This family's story should be shared — if someone won't be vaccinated, ignore them. Like the plague.

Ex, president Karzai latest message:
I am here in Kabul with my girls and I ask the Taliban to provide security and safety for the people. pic.twitter.com/l3FmVC6jnE

COMMONWEALTH FUND: A new study suggests Texas and Florida endured about 4,700 more deaths from COVID-19 than they needed to — thanks to the policies of their Republican governors. 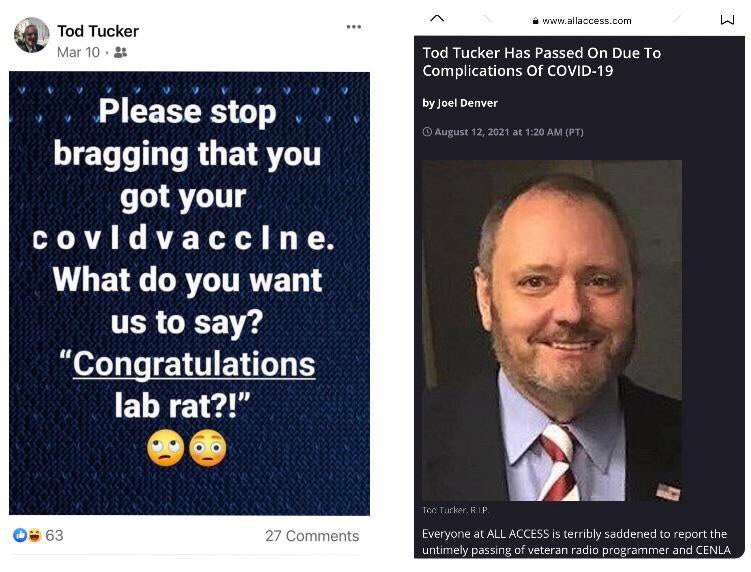 When you have a shorter life expectancy than a lab rat ... (Image via Twitter)

JOE.MY.GOD.: Tod Tucker, a vocal anti-vaxxer and COVID denialist ... has died of COVID-19.

HUFF POST: In a stunning defeat of a 20-year American intervention in Afghanistan, the Taliban took about a week to retake the entire country. Afghan President Ashraf Ghani has fled. President Biden had already signaled the U.S. was pulling out, Trump signed a deal with the Taliban, and while this is unfortunate, I think after 20 years, most people in the U.S. think this is Afghanistan's problem — their own military surrendered easily. The sudden change led to countless diplomats and frightened citizens (who remember the Taliban's iron-fisted rule) attempting to flee the area. ABC reports:

As the latest cities fall, President Joe Biden announced he would be sending more troops to Kabul to facilitate the "orderly and safe drawdown" of U.S. personnel, allied forces and Afghan civilians who helped with the war effort. Instead of heading to Kuwait as previously planned, 1,000 troops from the 82nd Airborne will head directly to Kabul, the president said in a lengthy statement Saturday afternoon.

NYT: Another deadly quake in Haiti.

TOWLEROAD: Did you dig the Moderna COVID-19 vaccine? Good, because they're entering human trials on an HIV vaccine — 40 years late, but we'll take it.

EXTRATV: Kaley Cuoco wants to rescue a horse punched during an Olympic match.

MRMAN: The hotness of Cheyenne Jackson, over 'n' over.

QUEERTY: Slutting it up in Provincetown, where studies on infectious diseases are born. 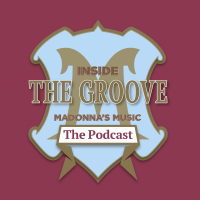 dive into the deep dive that is Inside the Groove. I was set to do a Madonna podcast in 2017, but I really only wanted to do it if it were for profit; I have devoted so much time to her on the books, and it seemed like ... AGAIN? ... so I'm happy others are doing it. I've only been asked to be on one, which I couldn't do as at the time, that podcast I was working on was still possible. But people seem to like this one. I wonder if they'll ever run out of things to say? And I wonder how they get away with (nice) merch branded to Madonna, the one area in which I could see her people objecting.

INSTAGRAM: One of my favorite encounters at an autograph show: