ABOVE: Jonathan Taylor Thomas is 40 years of age. Let that sink in.

BELOW: Keep reading for a DWTS gay-plosion, Biden's latest judge picks, some Mary Tyler Moore birthdays and deathdays, how a gay rep is helping push back against the California recall on Grindr and more... 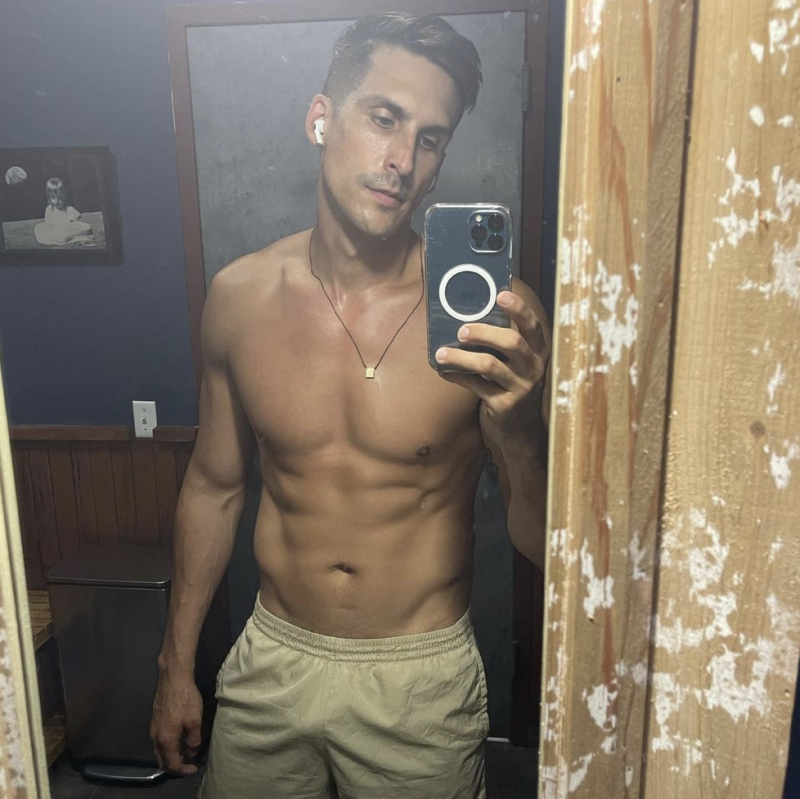 He captioned this, “You can take the ho out of hoville.” Horton hears a ho?(Image via Instagram)

GREG IN HOLLYWOOD: We already knew pansexual JoJo Siwa was going to compete on Season 30 (KILL ME) of Dancing with the Stars, and that she'd dance with a woman — a first. Now comes word that out gay Peloton instructor (which is apparently enough to be famous) Cody Rigsby will be on the same season ... though as Greg points out, everybody's mum on whether he'll cut a rug with a fella. If not ... why not? Will there be a (Pelo)ton of lame excuses?

HUFF POST: Among President Biden's latest federal judge nominees include what would be the first Korean American woman on a federal bench.

NEW CIVIL RIGHTS MOVEMENT: Senate Minority Leader Mitch McConnell says he prays for Sens. Sinema and Manchin, the last two Dems threatening to put the brakes on President Biden being able to achieve anything significant. Jesus, people, if we'd won just two more Senate seats, these asinine spoilers wouldn't even matter. In related news, Manchin's bullshit request to put the brakes on an infrastructure vote has been met with a NO from Senate Majority Leader Chuck Schumer.

Williams offered queer Black characters when they were rare. (GIF via GIPHY) 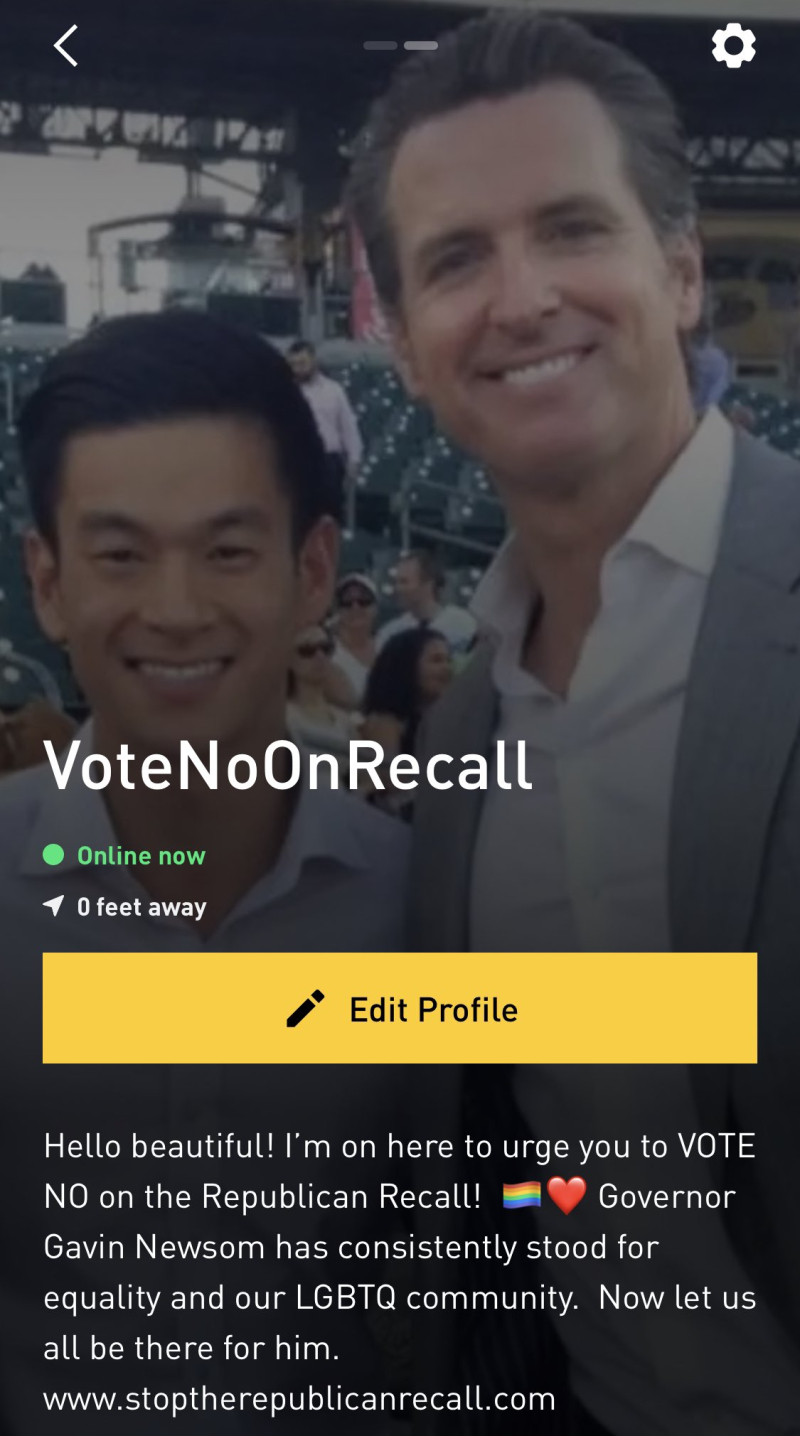 California voters seem to be getting the message that a recall is really an election of right-winger Larry Elder. (Image via Grindr)

THE GUARDIAN: What 40 years of celebrity interviews taught this journalist about gay issues in entertainment:

Looking back at the celebrity interviews I have conducted over almost 40 years, it makes me wonder if the public were ever quite as obsessive – and puritanical – about the sex lives of stars as some newspapers. It’s depressing how actors such as Richard Chamberlain and Antony Sher asked their PRs to tell me on no account to inquire about their private lives. Both have since come out and found contentment, but Chamberlain would, in his Dr. Kildare days, get himself photographed with women; and Sher went so far as to get married to one. Making such a fuss about not talking about his private life was, as Sher now wryly accepts, like “putting a gigantic neon sign over my head saying, 'This guy is gay.'” 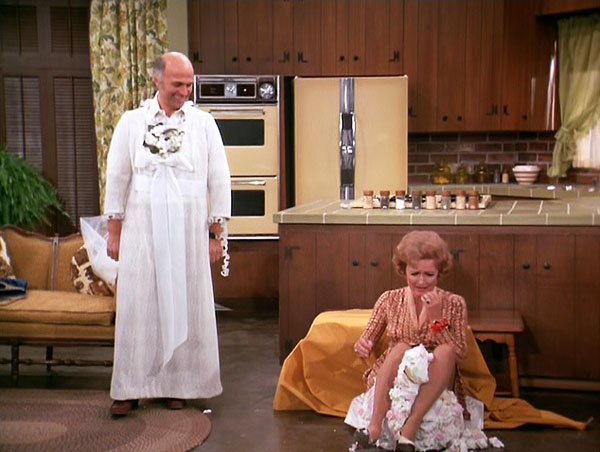 In 2021, three of MTM's most prominent cast members have died — while Betty chugs on toward 100. (Image via CBS)

GR8ERDAYS: Nope, Betty White is not the last surviving cast member of Mary Tyler Moore ... depending on your criteria. Check out my long list, and please share.

SOCIALITE LIFE: The many things Chris Hemsworth's body has done for the world. Or at least in it.

WRAL: President Biden has asked for the resignations of three people appointed to a military advisory board, including Kellyanne Conway, on threat of being fired. One of them is Kellyanne Conway. All are Trump appointees. 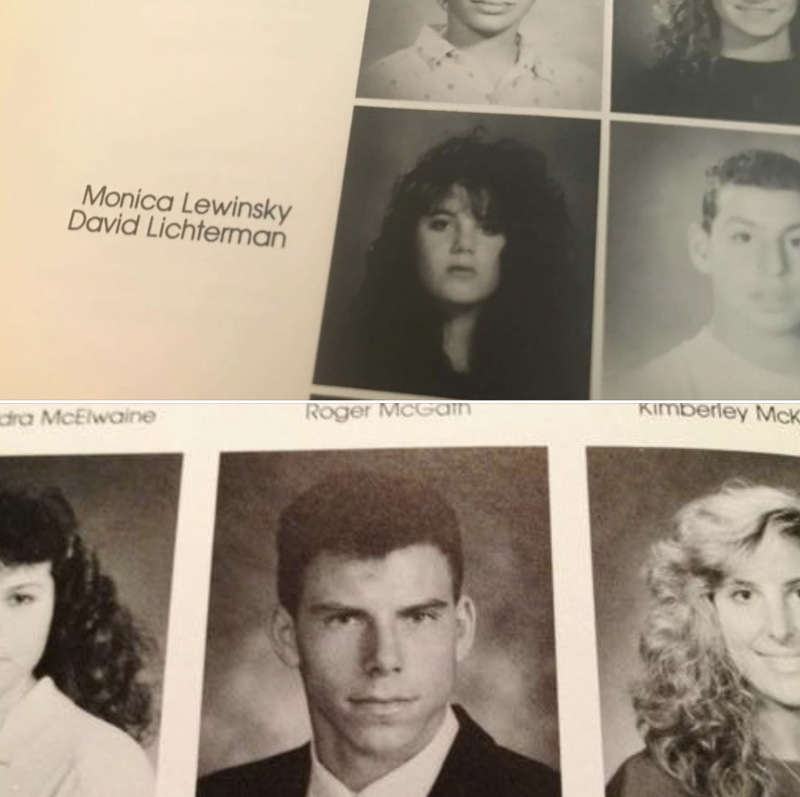 One was considered notorious, and the other actually killed people. (Images via Vintage Los Angeles)

VINTAGE LOS ANGELES: The one where Eric Menendez and Monica Lewinsky went to high school together.

KENNETH IN THE (212): Are most tennis pros really miserable?!