It's Okay To Recoil From This: Marjorie Taylor Greene Uses Terroristic Message In New Ad Comments (0) 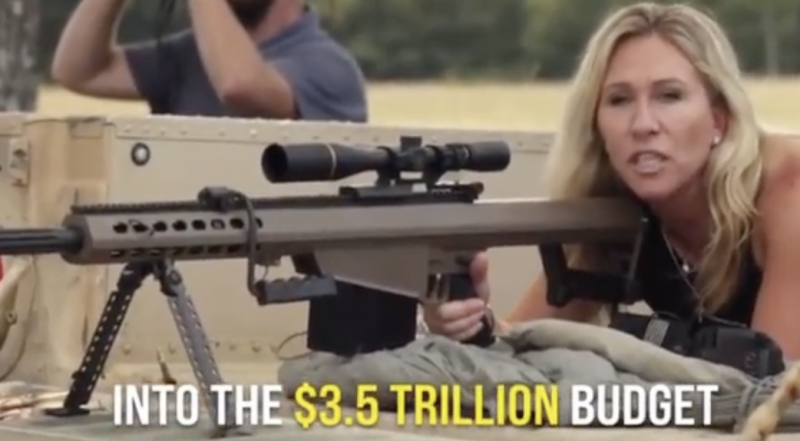 She hasn't got the shooting range. (Image via video still)

People often say, when the media covers unpleasant public figures, not to give them a platform or attention. But I've never known any of history's villains to evaporate simply because they were ignored.

What do we tell ourselves when people like Rep. Marjorie Taylor Greene (R-Georgia) puts out the most violent, terrorist political ad in the history of the U.S. and then continues to hold office and gets re-elected (possibly along with a Republican-majority Congress that could put her in positions of even greater power) ... if we don't acknowledge her as a threat in real time?

Marge Greene says in 2022 she is going to “blow away the Democrats’ socialist agenda,” then blows up a car with “socialism” on it with a 50-caliber rifle she is auctioning off for contributions. pic.twitter.com/b10wGwVVW2