BELOW: Keep reading for Kevin McHale's belly button lobbying, Biden's vaccine mandate, Marvel canceled a show for being too gay and more ... 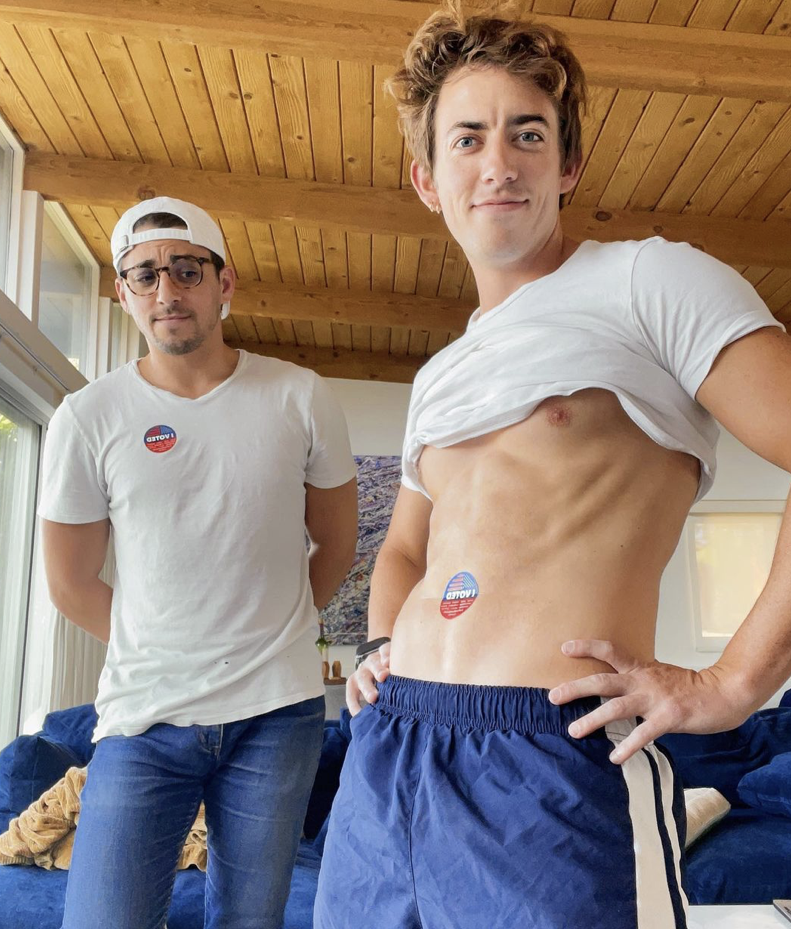 INSTAGRAM: Kevin McHale wants Californians to vote NO on the recall. But I vote YES on his belly button.

INSTAGRAM: Happy birthday to one of my favorites, Colin Firth. He's been working for 37+ years already. Crazy.

OUT: Did Marvel cancel a series for seeming too gay?

JOE: Rio Ferdinand, a legendary soccer star, says he recently met a gay player — one who has been warned NOT to come out.

THE HILL: Nature is healing itself — Vaccine Karen Allison Williams has left ESPN rather than get vaccinated.

OUTSPORTS: “I want me some glory hole.”

FACEBOOK: The new Gucci campaign is posh, and uses one of Madonna's best non-singles.

HUFF POST: Dems are close to a voting rights compromise thanks to Sen. Joe Manchin (D-West Virginia) — who is the reason we have to compromise in the first place.

GR8ERDAYS: RIP Michael Constantine, the burly actor who won an Emmy for Room 222 and ended his career with an exclamation point when My Big Fat Greek Wedding became a surprise smash hit.

GR8ERDAYS: RIP Art Metrano, the comic who originated the hysterical bad magician act (that was later mocked on Family Guy, leading to a lawsuit) and who was a staple of episodic TV as well as appearing in two Police Academy flicks. He died at 84 over 30 years after a fall at home robbed him of  much of the use of his limbs.