BELOW: Keep reading for Trump Wars, Joan Rivers's story coming to TV, Nicki Minaj tried to pay off a rape victim and more ... 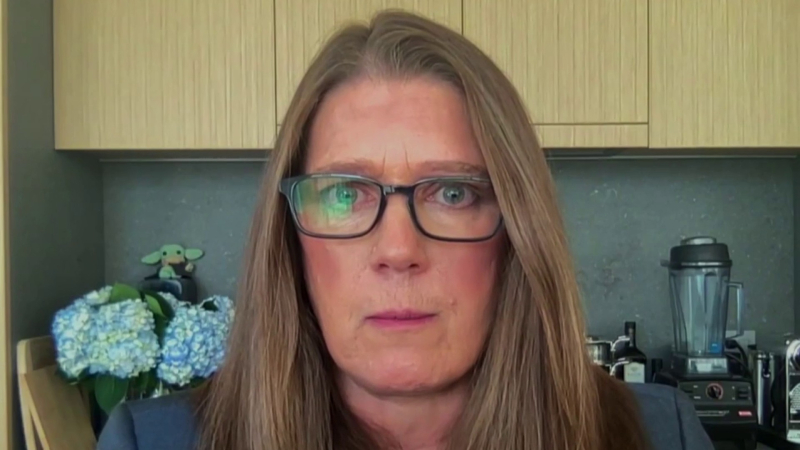 I hope she runs for something. (Image via video still)

DAILY BEAST: Trump is suing his niece Mary Trump, who in turn calls him a “fucking loser.” So, it can't be for libel.

AOL: President Biden to donate a billion COVID-19 vaccines to countries in need to help end the pandemic.

LGBTQ NATION: Sen. Kyrsten Sinema (D-Arizona) says she's bisexual, but she and Sen. Joe Manchin (D-West Virginia) have doomed the LGBT Equality Act — so a hate group is praising her to high heaven.

KENNETH IN THE (212): Fetish for men in suits and dress socks? 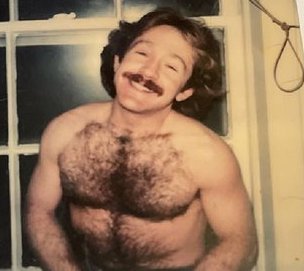 INSTAGRAM: Oh, my! Leslie Jordan posted yet another thirst-trap selfie, this one from 1977. Hairy and shirtless, he was also, as he was the first to point out, “wasted,” writing he was “not proud” of that part. He later deleted the image, but it's up on Facebook.

VARIETY: Kathryn Hahn will play Joan Rivers in a project for Showtime. I hope it doesn't whitewash her; we deserve the warts-and-all treatment for a straight-talking icon. The logline is promising:

Trailblazer. Adored. Cruel. Diva. Joan Rivers had a life like no other. At age 54, she was a superstar comedienne…and then it all fell apart. The Comeback Girl is the awe-inspiring untold story of how Joan Rivers persevered through near suicide and professional abyss to rebuild herself and her career to become a global icon.

TWITTER: Nicki Minaj has implied her husband Kenneth Petty is white in order to discredit the accusation. Now, Jennifer Hough — who is Black — is speaking out, revealing that Minaj called her personally to pay her off. Hough says she told Minaj directly she was raped. Minaj allegedly continued trying to buy her silence:

Jennifer Hough, the woman suing Nicki Minaj and her husband Kenneth Petty over allegations including witness intimidation and harassment, opens up about the lawsuit and speaks out on being pressured to recant her statement about her 1994 sexual assault. (1/2) pic.twitter.com/RtF5md9aFw

YOUTUBE: I love and support Lil Nas X, but he sounds awful on this Dolly Parton cover (and that's with a tone of autotuning). Totally out of his range:

Therapy Space, the first LGBTQ-owned and -operated national online service for therapy is up and running.

THE GUARDIAN: The time when filmmaker Derek Jarman was canonized by the Sisters of Perpetual Indulgence for being Britain's most prominent citizen to be HIV positive and out.