A Holy War For One Woman's Legacy: THE EYES OF TAMMY FAYE Premieres In NYC Comments (0) 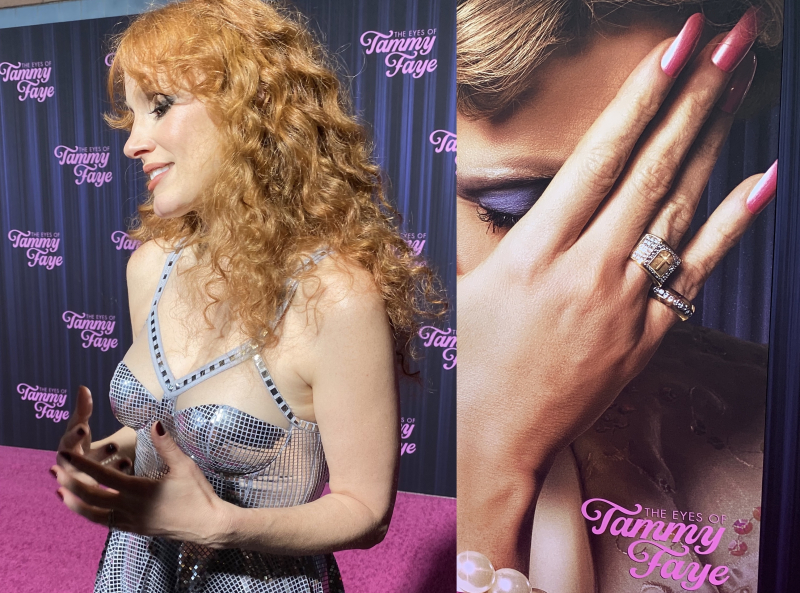 One woman's take on another (Images via Matthew Rettenmund)

Tuesday was the NYC premiere of The Eyes of Tammy Faye at the SVA on W. 23rd. The film — written by Abe Sylvia from the same-named 2000 doc by World of Wonder's Fenton Bailey and Randy Barbato — feels like an assertive correction of the record regarding televangelist Tammy Faye Bakker (Jessica Chastain), who fell from grace along with her husband Jim (Andrew Garfield) in one of the biggest financial scandals of the '80s. 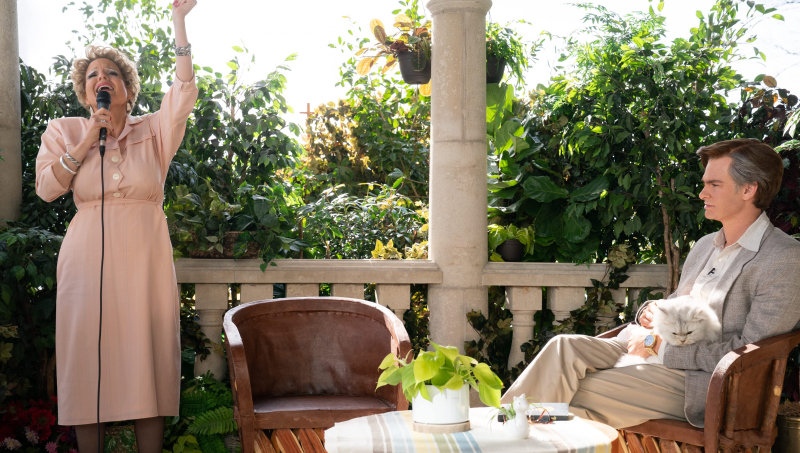 Showalter (The Big Sick) as a sort of Jesus-lovin' I, Tonya, The Eyes of Tammy Faye has a unique tone that veers from camp-comic to achingly tragic — sometimes hitting both notes within the same scene. It is, in that way, very true to Tammy Faye (who died of cancer in 2007), though is in no way as naive as she seemed to be — Showalter's film is laser-focused on presenting its subject as a misunderstood victim, placing her on a continuum of complicated women who have been media-bashed and who many now feel are owed apologies: Monica Lewinksy, Britney Spears, even Paris Hilton.

I, for the most part, buy it. Tammy Faye's central driving force seemed to be a love of people. She can't be entirely excused for living off of donations from cult-like fans, but she did inject actual empathy into the world of televangelism, most notably — as is recreated in the film — when she boldly interviewed gay person with AIDS Steve Pieters on Tammy's House Party for her PTL network in 1985. (Incredibly, Pieters is still with us after living with HIV for nearly 40 years, and was at the premiere.) main reason The Eyes of Tammy Faye succeeds — not to discount strong performances by Cherry Jones as Tammy's mom and Vincent D'Onofrio as Jerry Falwell — is the committed work of Jessica Chastain, who has nailed her character's manic, over-the-top energy and, with some help from prosthetics and garish makeup, successfully evokes her to the point where the differences are only apparent if you see footage of the two side by side.

Chastain clearly embraced Tammy Faye's heart, delivering her quirky sense of humor, her plucky desire to make friends with everyone and — in one of the film's best scenes — her indomitable urge to speak her mind, even when it threatened to get her in trouble with her husband or with religious power brokers like Falwell or Pat Robertson (Gabriel Olds). 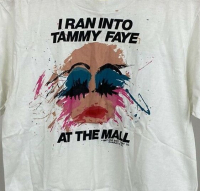 fearless performance, one that may make viewers feel remorse for all those jokes about Tammy Faye's looks. Somewhat surprisingly, while there are a lot of tears in the film, almost none are mascara-tinged.

Unfortunately, Andrew Garfield feels hopelessly miscast. His delivery comes across as comic, and his makeup is far more apparent. I would also say it feels like the film humanizes Bakker — a true snake, even to this day — in a way that disturbed me.

The Eyes of Tammy Faye, which confidently understands its subject, is a pleasure to watch, even though its subject died misunderstood.

Check out my pink-carpet videos with the cast and others:

The most noteworthy thing about the pink carpet — not counting how stunning Sharon Stone really is in person — was the fact that Jessica had to be pulled to go inside to intro the film when there were just three more of us on the carpet waiting to interview her. She promised to come back out. They began to strike the carpet and wanted us gone, but just before we gave up, she came back out and talked to every single outlet there. Truly professional.

Closing the carpet with Jessica (Images via Matthew Rettenmund) 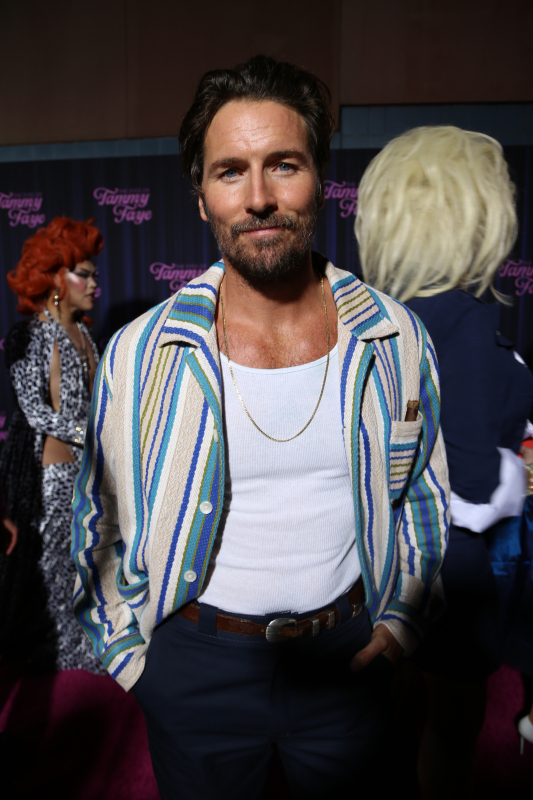 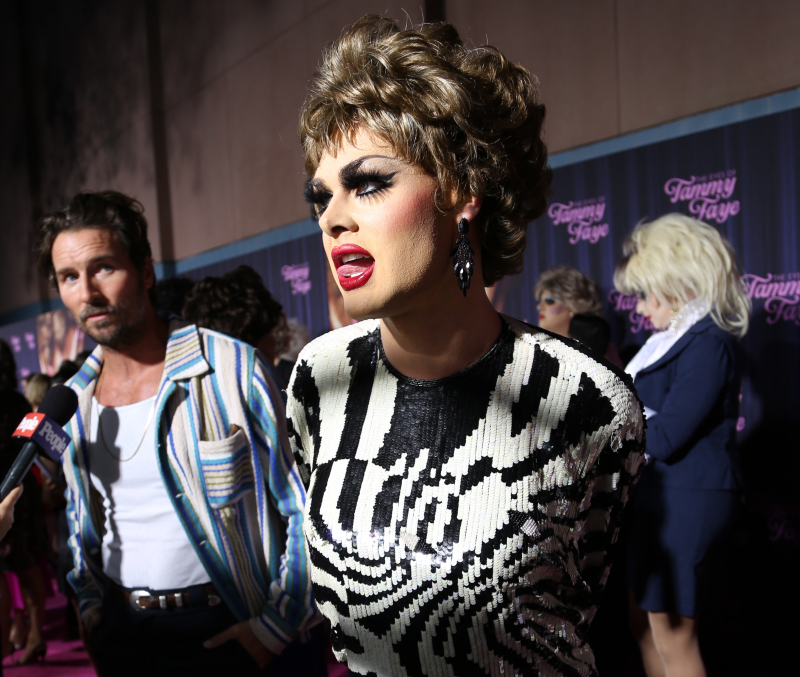 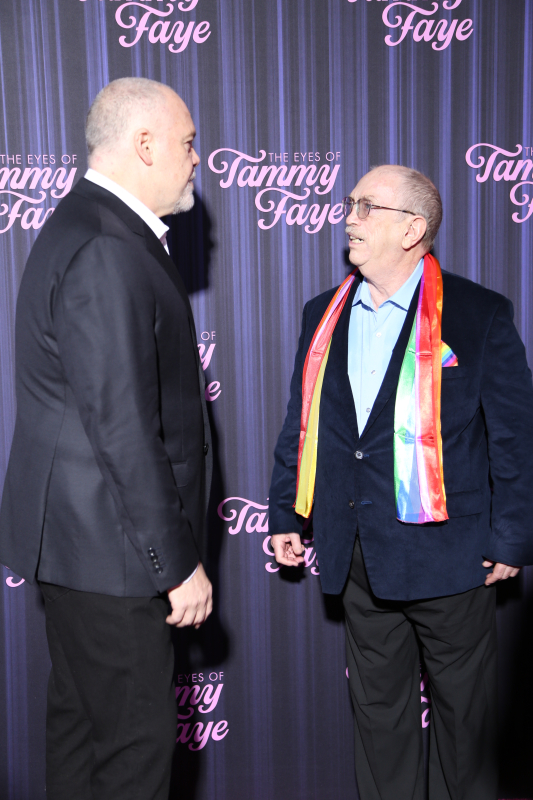 Vincent D'Onofrio with Steve Pieters, who had AIDS in 1985 yet outlived Tammy Faye (Image by Matthew Rettenmund) 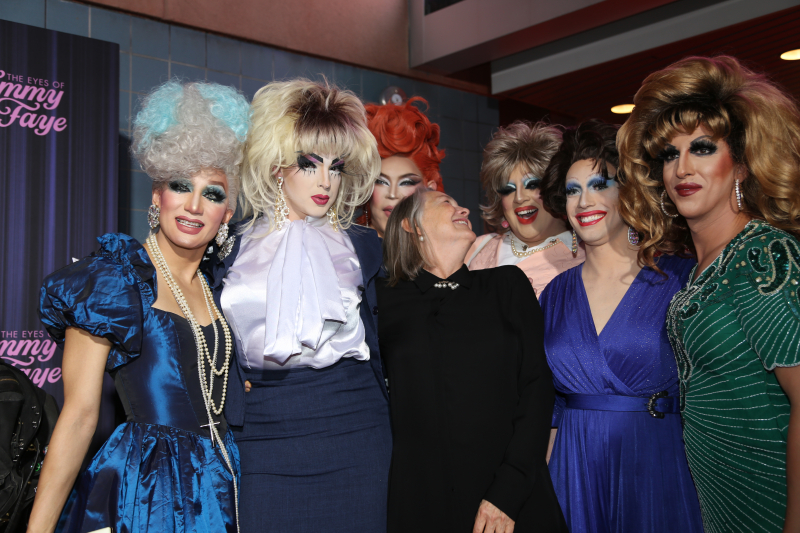 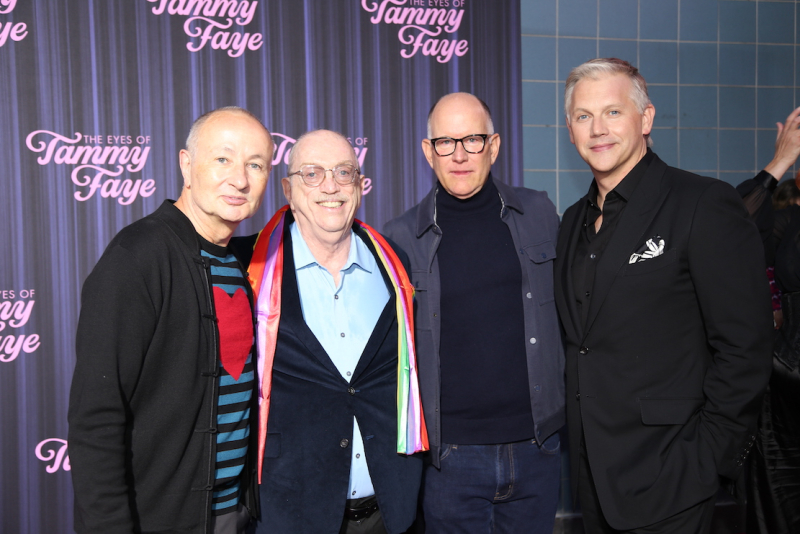 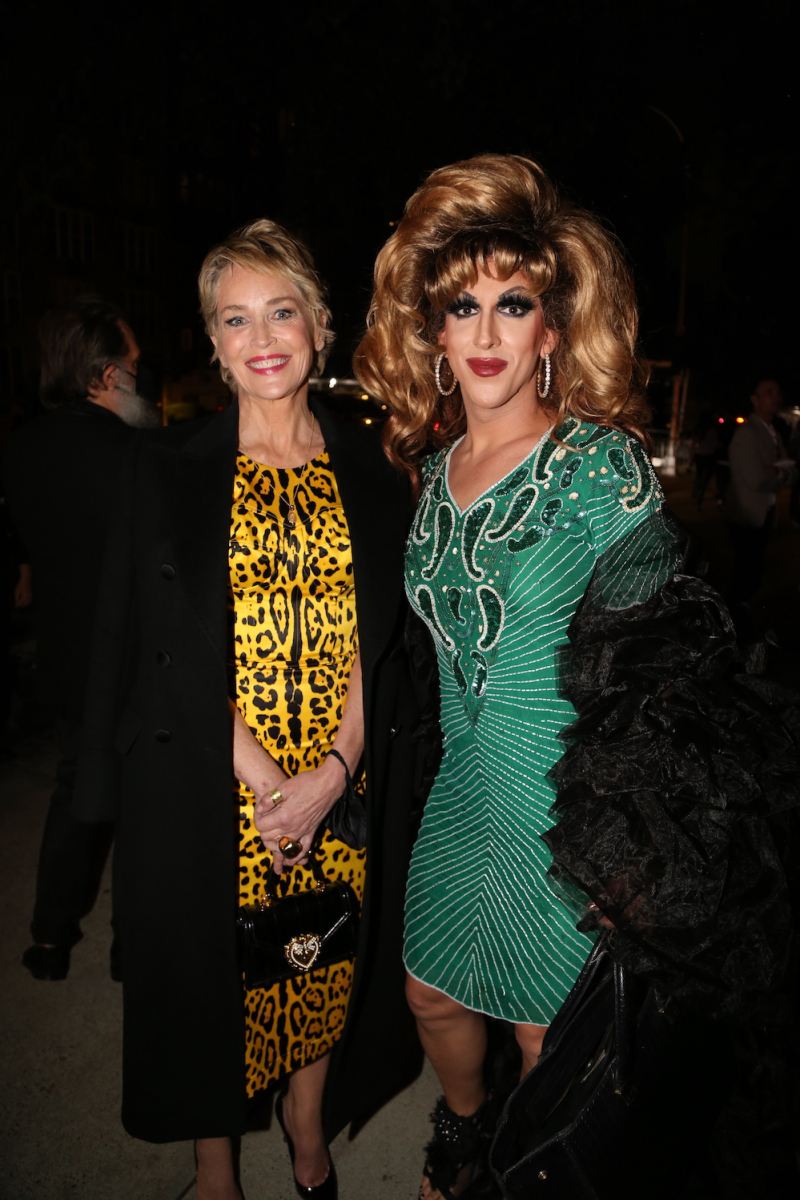 Sharon Stone on the carpet, and with Marti Gould Cummings (Images by Matthew Rettenmund) 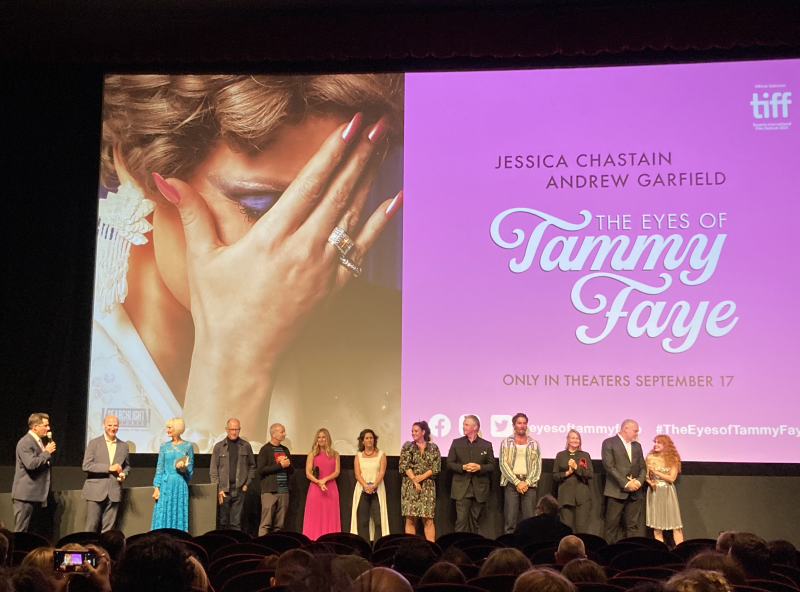 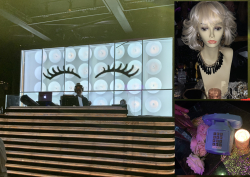 to be invited to the after-party at the PHD Rooftop Lounge at the Dream Downtown on W. 16th, which has an outrageously perfect Empire State Building-jacked view. There, I was able to chat with Chastain and praise her for her professionalism and her performance. She couldn't have been nicer, and was having a blast dancing to the Madonna-heavy, crowd-pleasing music being spun by a DJ under a giant pair of false eyelashes. (The room was decorated with wigs, fake-fur coats and lots of sequins!)

Also at the party, I was mesmerized by the sight of Isabelle Huppert writhing to “I Feel Love” with Chastain. What a New York moment.

Check out The Eyes of Tammy Faye in theaters September 17 from Fox Searchlight.