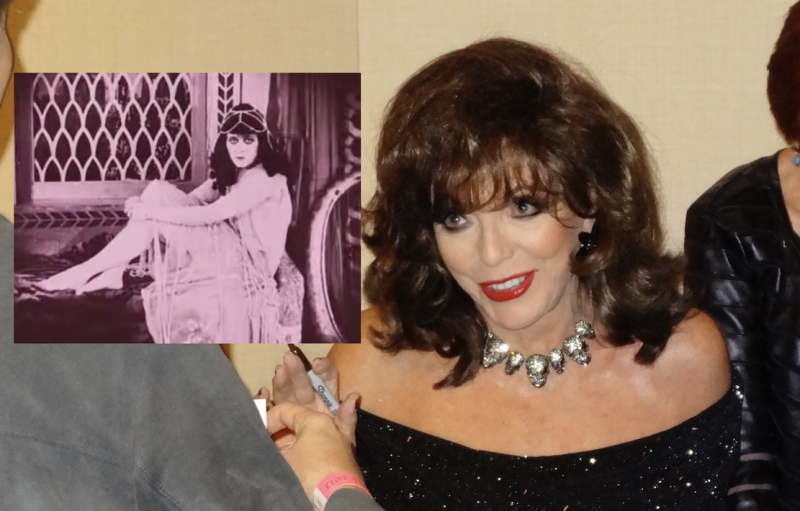 Above , a tale of 2 vamps! (Images via video still & by Matthew Rettenmund)

GR8ERDAYS: A new discovery of almost two minutes from the 1918 film Salomé, starring Theda Bara, is a truly seismic change. Until now, only five of the superstar's movies existed, and we had only still images from this one. At the same link: Joan Collins's claws are out! 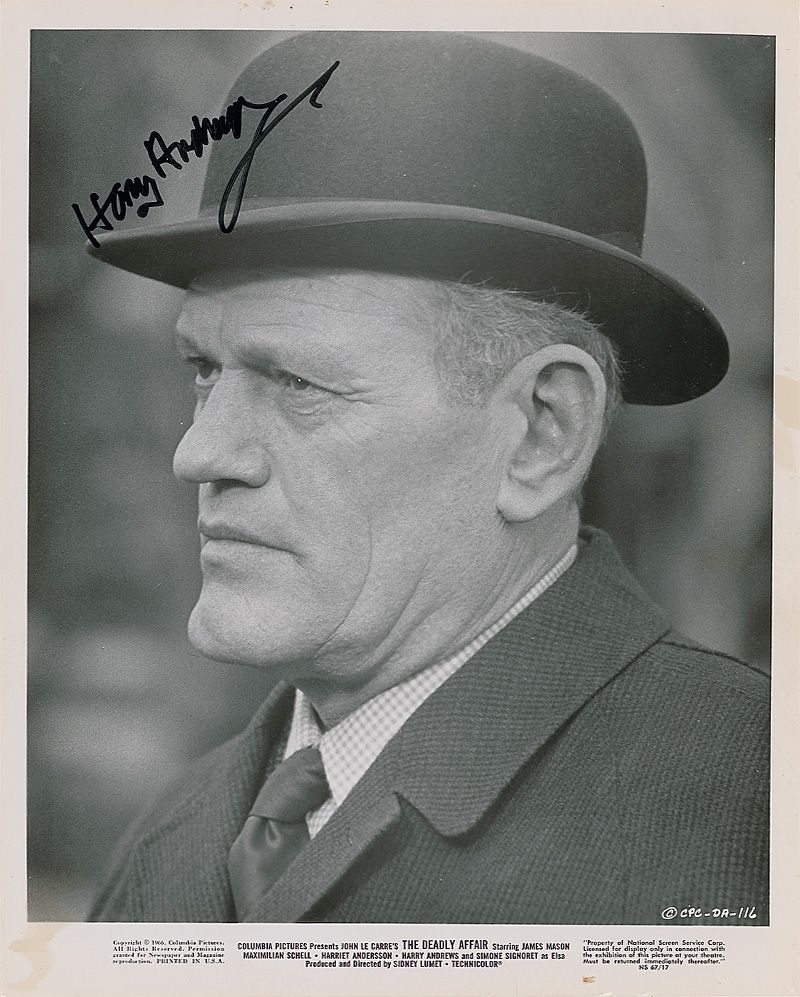 A journalist interviewing him in his old age discovered he was gay — but kept the secret. (Image via Columbia)

PINK NEWS: Harry Andrews was a British tough-guy actor — who never came out as gay. But he was still buried next to his partner. Interesting story I'd never known about.

EXTRATV: Britney Spears is not too subtly blasting her sister and mom over their nonsupport during her conservatorship.

Chappelle seems to argue his anti-trans humor is because LGBTQ people are racist. (Image via video still)

HOLY BULLIES AND HEADLESS MONSTERS: As Alvin McEwen so ably points out, Dave Chappelle is a POS. His ignorance is disgraceful, and he's proud of it — and it is influential. On his final special for Netflix, The Closer, he goes on an extended riff mocking trans women's genitals, then has the balls to say he won't joke about LGBTQ people any more until we're all laughing together (?!) and then throws in an accusation that LGBTQ people (who are not, by the way, all white) having been attacking Black people all along. (McEwen eviscerates this at length.)

I would suggest, Mr. Chappelle, that before you start on another one of your stupid routines about LGBTQ people, take your bony ass to the library or  better yet, google some names - Bayard Rustin, Monica Roberts, Barbara Jordan, Bessie Smith, Ma Rainey, Angela Davis, James Baldwin, Audre Lorde. You did not get to the place where you can make millions on stage talking shit solely on the backs of black heterosexuals.  And you need to know that.

CBS NEWS: Victory! New York City cop union head Ed Mullins has resigned after the FBI raided his house and the union's offices. NYC Mayor Bill de Blasio — his archenemy — is as thrilled as a box of kittens:

CNN BUSINESS: Tina Turner, 81 and retired, has sold the rights to her solo music catalogue for a cool $50M.

I’m a huge fan of LeBron James, both as one of the greatest basketball players ever and as a humanitarian who cares about social injustice. I have written his praises many times in the past and undoubtedly will in the future. I admire him and have affection for him. But this time LeBron is just plain wrong—and his being wrong could be deadly, especially to the Black community.

CNN: Trump aide Dan Scavino is missing amid a search by the House committee investigating the January 6 insurrection. Can't subpoena me if ya can't find me!

NBC NEWS: Terry McAuliffe is NUTS if he doesn't seize on this as being at least as big a deal as Taylor Swift-boating: The Virginia Beach cops don't think targeted racist harassment of a home by a neighbor rises to the level of criminal behavior, calling it an “unpleasant situation”: