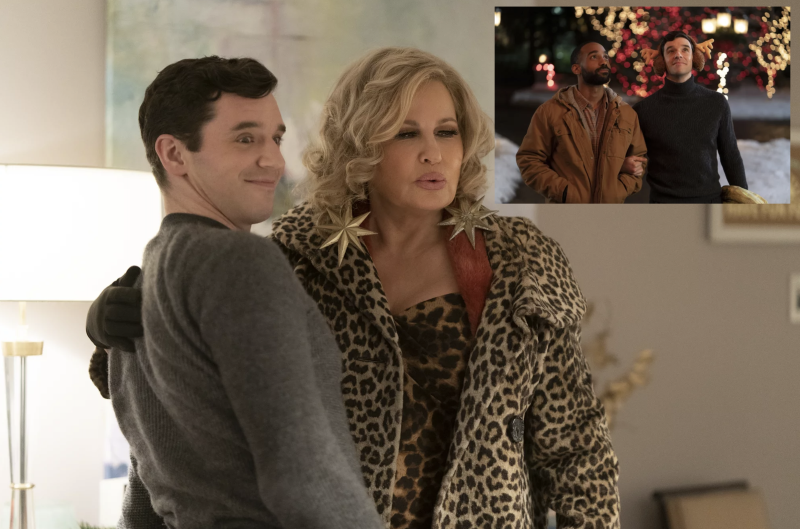 Michael Urie and Jennifer Coolidge — that's as gay as it gets. (Images via Netflix)

GQ UK: Billy Porter talks with GQ UK about some of his firsts, and also about the role the Actor's Fund played in his life when he found out he was HIV positive in 2007:

They showed up for me and saved my life. I'm so grateful that there was some place for me to go where I was not shamed but instead lifted up and supported so I could get back on my feet. And now look at what has happened, all because someone cared enough to help. A striking ad in support of AIDS research (Image via amfAR)

NPR: Eric Marcus, host of the Making Gay History podcast, reflects on coming of age during the AIDS epidemic.

CNN: President Biden has formally denied Trump's request to assert executive privilege in attempting to avoid the January 6 committee's investigation. Because there's no such thing as former-guy privilege. Worth noting: Committee member Rep. Liz Cheney (R-Wyoming) asserts it will be enforcing all subpoenas issued.

ATTITUDE: Tom Daley is up for a biopic written by Dustin Lance Black.

JOE.MY.GOD.: Brandon Straka is ever-so-put-out by characterizations made about him on social media.