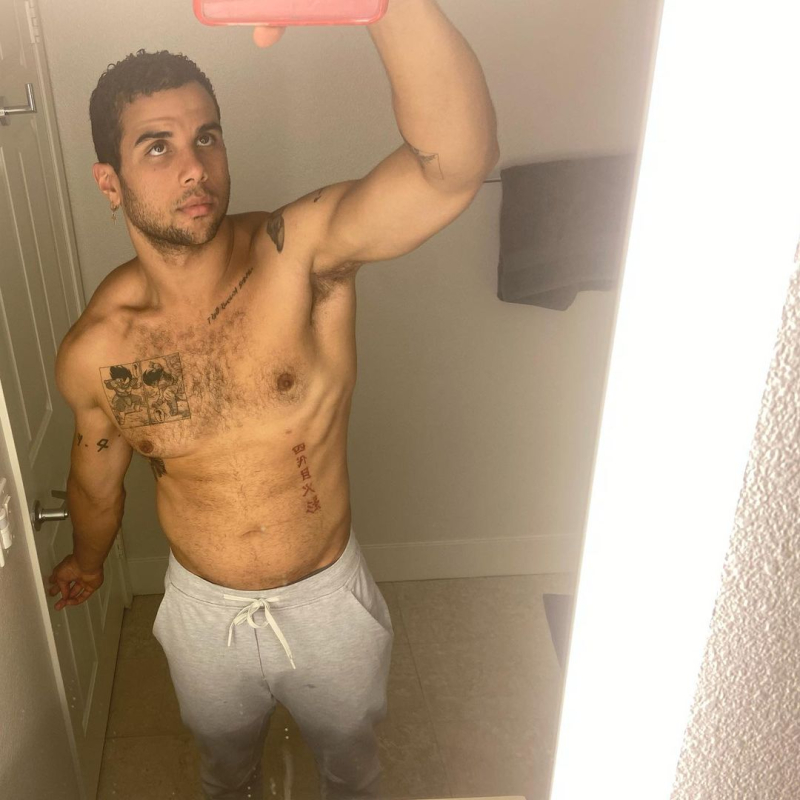 Is that his daddy's Oscar in those sweats? (Image via Instagram)

OMG.BLOG! (WORK UNFRIENDLY): Show me the sonny! Cuba Gooding Jr.'s man-child is all grown up.

VICE: In Waukesha, Wisconson, a red SUV plowed into a Christmas parade, killing at least five people. While the right was eager to chalk it up to terrorism, it's been reported the suspects were fleeing a knife fight, and that the main culprit is a local rapper with a criminal history. Senseless.

EXTRATV: Dan Aykroyd's younger brother, Peter Aykroyd — an SNL alum in his own right and a fan of the paranormal like his brother and their late dad — died this weekend at 66.

KENNETH IN THE (212): If you manspread TOO far, your legs'll stay that way!

YAHOO! ENTERTAINMENT: Though the film is just six years old, The Danish Girl's star Eddie Redmayne already soft-regrets taking the part of Lili Elbe, one of the first people to undergo SRS:

No, I wouldn’t take it on now. I made that film with the best intentions, but I think it was a mistake.

INSTAGRAM: I mean, I guess whatever turns your GF on:

RAW STORY: The calls are not coming from inside the house. Former FBI official Frank Figliuzzi analyzed 32,315 pro-Kyle Rittenhouse tweets from November 19-20, discovering that 29,609 came from accounts with no geolocation — and at least 17,701, upon further investigation, were found to have come from Russia, China and the EU.

DAILY BEAST: Australian reporter Matt Doran flew halfway around the world to chat with Adele exclusively, but when he admitted to her face that he had not taken a moment to listen to her new album 30, she walked. The flub cost his network $700,000. Doran later admitted he had missed an email with the songs.

METRO WEEKLY: Gay British doctor Dr. Adrian Harrop is facing the loss of his job after he took to Twitter to defend trans people and trans rights.

BROADWAY WORLD: Veteran producer and progressive activist Scott Robbe died yesterday at 66. He was a well-known member and co-founder of ACT UP and Queer Nation, and as such was part of the crew that snuck into the NYSE in 1989.