ABOVE: Keiynan Lonsdale pays tribute to the “Gods of the Disco” in his new music video.

BELOW: Keep reading for a naked Schitt's Creek-er, a high school kid bullied for talking about bullying, justice for the Go-Go's and more ... 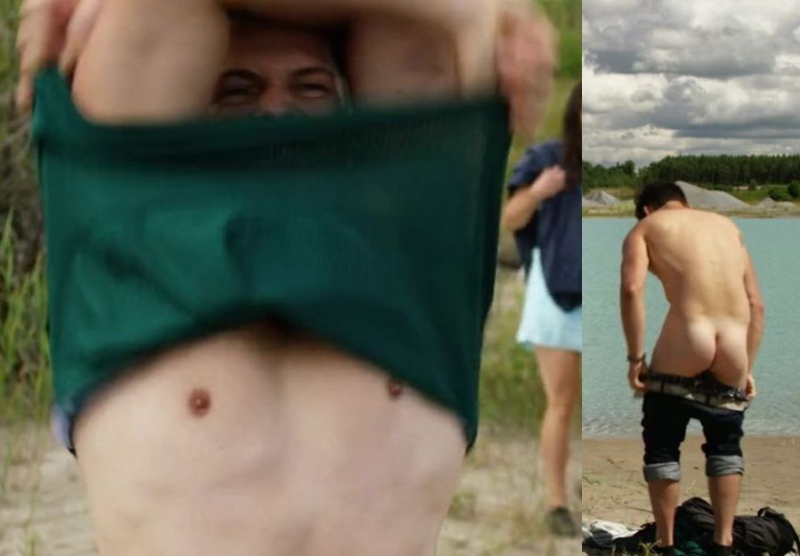 You've got the parts! (Images via video still)

OMG.BLOG! (WORK UNFRIENDLY, BUT WORTH IT): Schitt's Creek actor Mike Taylor flashes tits, pits and globes — sorry, I know this is a family-friendly site — let's just say he disrobes in Scarecrows, a Canadian horror movie. 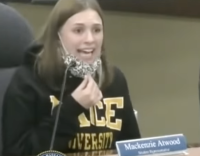 about anti-gay bullying was bullied in real time by an adult at a school board meeting. Mackenzie Atwood was just talking about her own experiences when a spectator yelled that she was engaging in indoctrination. “It is extremely disgusting that you can look me in the eyes and say that I'm not being oppressed at this school,” Atwood shouted back, becoming emotional, before the meeting was adjourned briefly.

VICE: Inside the replica fashion boom. This Q&A is interesting in that in the whole discussion, there is no mention of ripping off the admittedly wealthy companies that make the legit items; the only moral issue discussed is over whether you should ever sell something as real that you know is fake. (Answer: No.)

BUZZFEED: Ed Sheeran once suspected he might be gay — and it was his love of Britney Spears and musicals that had him briefly as the Q in LGBTQ.

POLITICO: Georgia Republican are fine with domestic abuse and idiocy, as Herschel Walker — who'd become one of the dumbest people ever elected to the Senate should he win — looks like a lock in the Republican primary. He would face off against Rev. Warnock.

YAHOO! NEWS: Seems there are trademark hurdles for Zuckerberg's new Meta. Maybe it should be renamed TheRealMeta? Or Meta24581?

My gayest Halloween costumes: "A woman" (fourth grade, in 1977! I look like Jane Withers!), a Castro clone in college '89 (worn to a gay college prof's private home, and yes, he was nervous) & Theda Bara in '91 (I lean into vintage). pic.twitter.com/a6YqHSrVF7

INSTAGRAM (FOLLOWS APPRECIATED): On the occasion of Lucan star Kevin Brophy's 68th birthday, I am remembering the time he found himself in a male fan's last will and testament — making him heir to half of the guy's million-dollar estate.