ABOVE: He's my neighbor.

BELOW: Keep reading for a hot, gay P.I., a footballer's fear of being gay in Qatar, death of an AIDS researcher and more ... 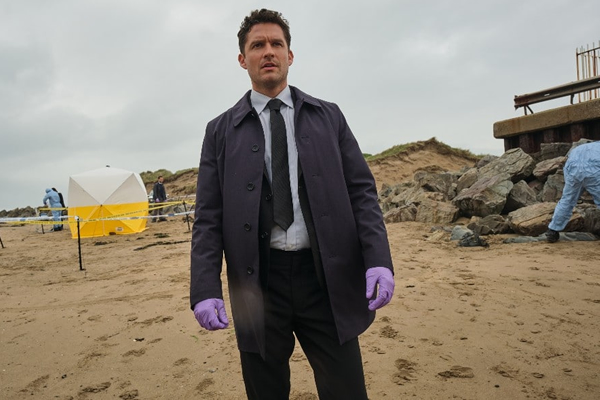 Whodunit? Who wouldn't? (Image via Britbox)

THE GUARDIAN: Top gay footballer says he'd feel fear if he were to play at the World Cup in Qatar, where penalties for being gay include prison and execution.

SOCIALITE LIFE: Chella Man is a trans IG model who is putting it all out there to change hearts and minds.