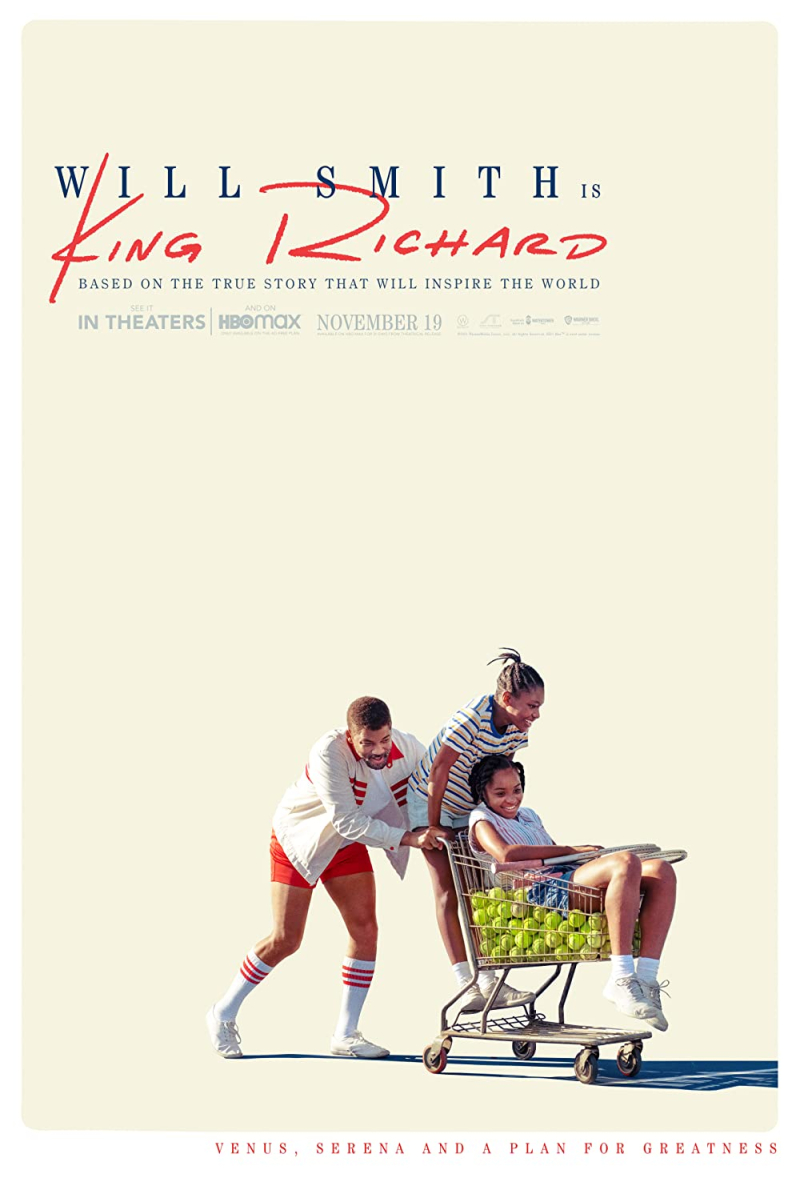 King Richard, the inspirational biopic of not the Williams sisters — two of the all-time greatest athletes — but of their strong-willed dad, is an effective feel-good watch, albeit one that asks viewers to go along with the sister-producers' contention that without him, they're nothing. 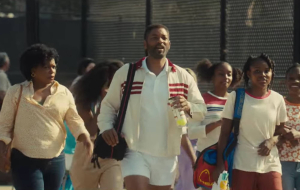 In an understated, award-season-friendly performance, Will Smith embodies Richard Williams, a man raising his family in '80s and '90s Compton in the best way he knows how — and his way isn't just the best way, it is the only way. At times insufferably egomaniacal and dismissive of his loyal wife Brandy (powerful presence Aunjanue L. Ellis) and so pushy with his daughters that at least one neighbor calls Child Protective Services on him, Richard devises a precise plan for not enhancing and encouraging his daughters in their endeavors, but for turning them into tennis wizards from scratch.

While some of the details can be argued, there is no arguing over his success — Venus (Saniyya Sidney) and Serena (Demi Singleton) became all he planned for them to become, and much more.

King Richard, directed suspensefully by Reinaldo Marcus Green (Joe Bell) and written sensitively by Zach Baylin, is exciting to watch, even though already we know the outcome. Richard facing down the pressures placed on him by pre-emptive big-money deals is no less terrifying than his run-ins with gang-bangers, and Smith, through it all, chugs along as the embodiment of a stage dad, one who wound up with historical bragging rights.

Smith is every bit as confident in his portrayal as Richard was in his vision.

My primary reservation regarding King Richard is its focus on the man behind the women, although it has to be pointed out that the women in question wanted it this way. Perhaps Venus and Serena will next offer a film told from their perspectives. In this one, they barely register, less so than even their coaches (Tony Goldwyn and Jon Bernthal), even as their famous father's psyche is on full display.

Setting aside concerns about whose life story it is anyway, King Richard is an engrossing and inspiring family drama, and Richard's decision to have two more kids in order to manufacture tennis pros has to go down in history alongside Babe Ruth's home-run prediction as one helluva promise fulfilled.

King Richard is on HBO Max and in theaters.