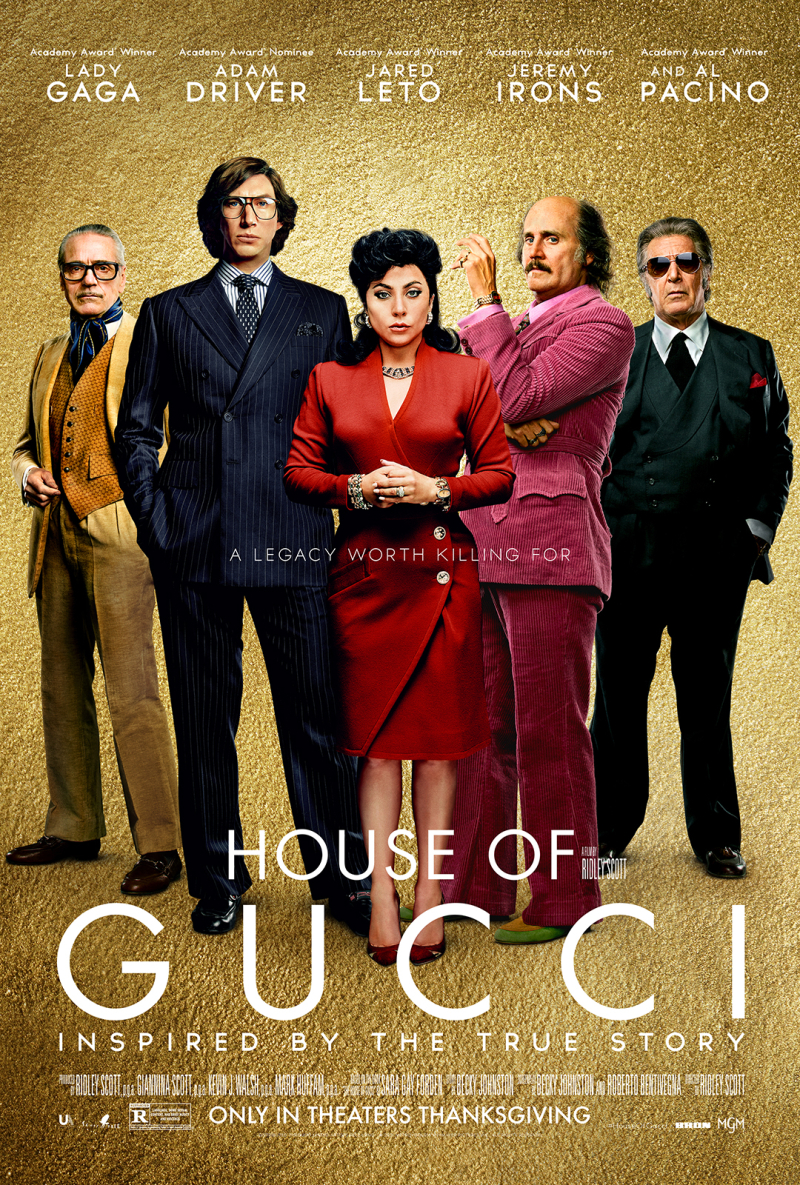 Something for which to be thankful, or a big turkey? (Images via MGM)

The wildly hyped House of Gucci commits one capital crime for which a star-studded, talent-heavy, sprawling family drama filled with backstabbing and culminating in murder can never be forgiven — it's boring.

Ridley Scott's two-hour, 37-minute stale-popcorn drama isn't all slog, but that it lags at all is confounding. It actually starts out so promisingly, before it ceases to be the sum of its parts and gets bogged down by, well, some of its parts.

I thought he was a dead ringer for Yves Saint Laurent.

The impeccably handsome, yet static, film chronicles the shocking 1995 murder-for-hire of Maurizio Gucci (Adam Driver), Italian businessman and ousted head of the Gucci fashion empire, by his deranged ex-wife Patrizia Reggiani (Lady Gaga), who was later arrested for the crime, served 20 years in prison and is now a free woman.

Freedom is the driving force of the House of Gucci story — Patrizia dumbly pursues the freedom that riches promise, her ungifted manager of a husband Mauricio eventually realizes he is pursuing freedom from responsibility, his clownish uncle Paolo wants the ability to express his (lack of) talent and his iron-fisted grandfather Aldo (Al Pacino) simply wants to cling to his one-percenter power to be in total control.

Early on, the film lavishes time and attention on the unlikely courtship between Patrizia and Mauricio, which was clearly conducted by her rather than by him. In this phase, Lady Gaga is nothing short of fetching as a young working-class girl who stumbles across a golden opportunity to both fall in love and dive headfirst into a family of incredible wealth. (Her accent, by the way, is acceptable until she is in a scene with an actor whose style is less showy, which underscores her actressy quality. Nowhere does she sound Russian.)

The film strongly makes the case for Patrizia — who is twice referred to as being as beautiful as Elizabeth Taylor — as having been genuinely in love; the money seems to have been the Amarena cherry on top.

Though her acting style and Driver's do not blend well — everyone in the film seems to be acting in a different project — they have wonderful romantic and sexual chemistry. A sex scene that threatens to veer into Showgirls territory remains firmly in a league with Body Heat, and it's strictly because both actors radiate sincerity and commonality of purpose, though it seems to me Driver seeks to elevate the material while Gaga believes in it utterly.

The film continues on a winning streak with the introduction of Jeremy Irons as Mauricio's disapproving dad Rodolfo, a former film actor. While he always sounds like Jeremy Irons, adding another accent to the mix, a story like this can always use the friction. Pacino's performance as the overconfident boss man is delightfully hammy; we are watching a great actor enjoying himself as he slums it.

The first sign of trouble is the introduction of Leto, buried in makeup, a bald wig, a fat suit and a laughable accent. In real life, Paolo may have been a buffoon, but so is Leto with this offensively cartoonish performance. This is not acting, it's acting a fool. 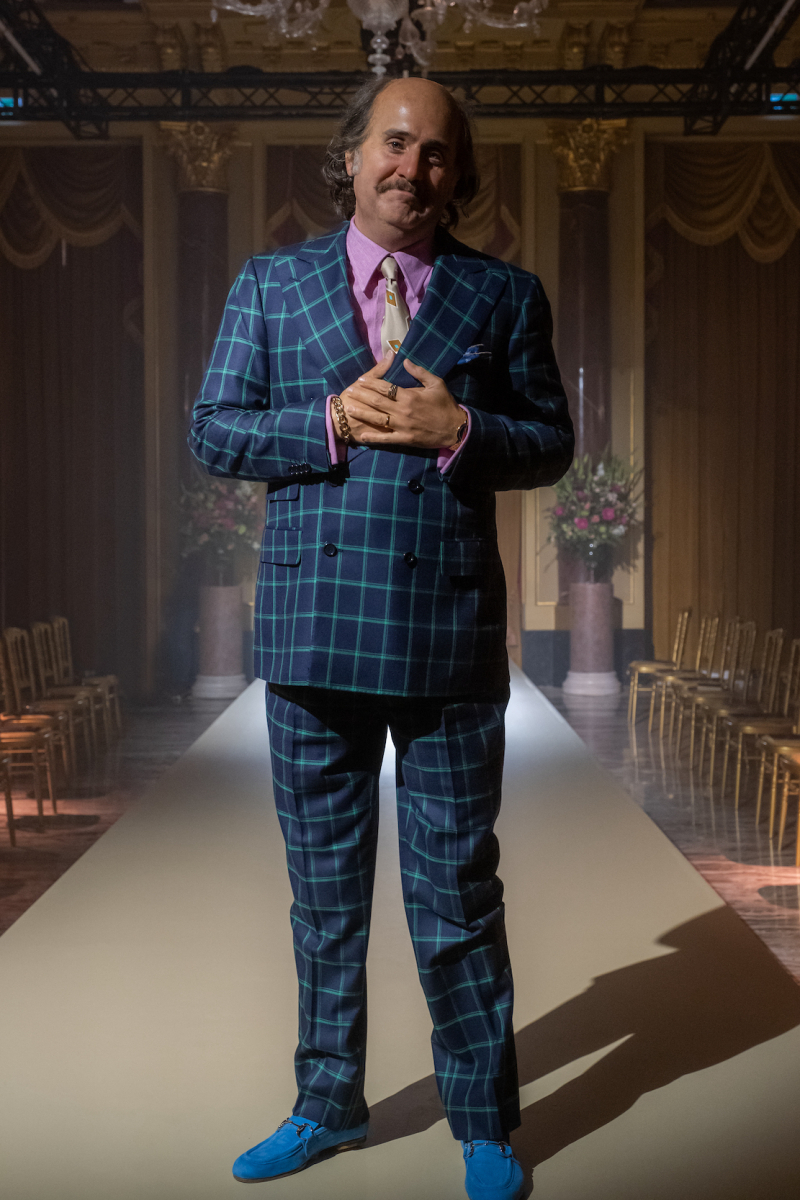 How Scott could have hired him for this role, and then allowed this display, is beyond me — but so is the idea that Leto is considered a lock for a Best Supporting Actor nomination. This is not a best anything, but a most.

Meanwhile, the film stagnates and disintegrates in other ways. The pacing becomes glacial after the first hour as realization sets in that there really isn't much to this story, and that the director and writers (Becky Johnston and Roberto Bentivegna) have no intention of hinting at why Patrizia and Mauricio fall out as spectacularly as they do. 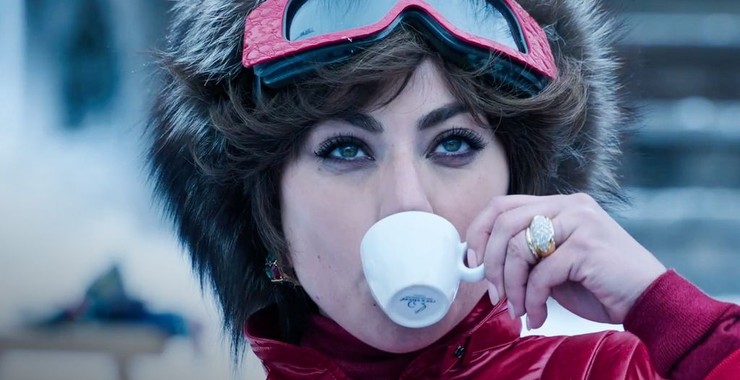 Gaga brings the film wide-eyed commitment; the result is both a hit and a miss for her.

But they do! Patrizia gives Mauricio a child, but also gives him headaches as she asserts herself into the family and the family business, causing drama and mayhem. This turns him off and he decides, on a dime, to have an affair with Paola (Camille Cottin) and to set a divorce in motion. This is where Lady Gaga's acting limits are reached. When informed of the divorce, Patrizia snaps, as does Gaga's grasp on her performance. At my screening, laughter greeted her reaction in this scene. And when she is called upon to reflect Patrizia's descent into jealousy, paranoia and madness, she simply does not have the tools. A previously unaffected performance becomes a study in overacting, albeit one that is protected from silliness by existing in the same universe as Leto's Paolo.

A sleepwalking, unchallenged Salma Hayek as Patrizia's grifting soothsayer/accomplice Pina offers no support at all.

As the film reaches its ineffable conclusion, what lingers is what a missed opportunity it is on most levels. Along with uneven performances, its music choices vary from unimaginative (Donna Summer! It's the '70s!) to confoundingly inappropriate (George Michael's 1987 tune “Faith” for Patrizia and Mauricio's 1972 wedding) to cliché (the most obvious Italian opera); there is some interesting fashion, but fans hoping for anything similar to Gaga's red-carpet slayage will be disappointed; and there is a gaping hole where any sort of understanding should be.

House of Gucci, in the end, is a serviceable if overstuffed family fable, a mob movie whose mob is made up of well-heeled dandies, and a disappointingly cynical collection of Oscar-voter-geared performances, all in search of a juicy story.

Scott, mostly seen as a legend whose work of late is hit or miss, misses. To the extent the film succeeds as an entertainment, or will succeed at the box office or in award season, may be chalked up to its pedigree and to Lady Gaga's likability as an icon, or maybe simply to her sheer force of will.

House of Gucci is in theaters November 24.