On The Basis Of Sex ... And Race: A Review Of MY NAME IS PAULI MURRAY Comments (0) 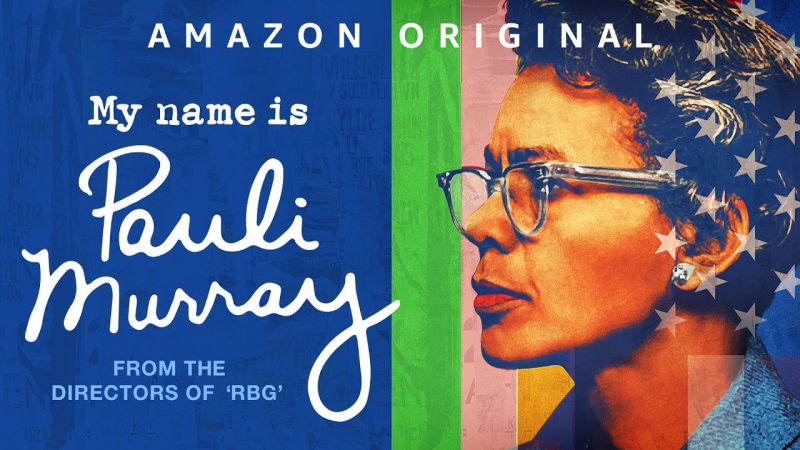 Pauli Murray is a person who needs some introduction ... but shouldn't.

In Julie Cohen and Betsy West's riveting documentary My Name Is Pauli Murray, a case is convincingly made for considering Murray to be a monumental part of American history, an RBG before RBG (acknowledged in the film by the late SCOTUS justice as such) and an MLK Jr. before MLK Jr. It arrives fortuitously at at time when the American right would like to ban so-called critical race theory as a way of stopping all conversation about America's racist past and present, which is a genius way to ensure a racist future.

Born in 1910, Murray in 1940 — again, before Rosa Parks — challenged the white supremacist seating rules on Virginia buses, and became a passionate letter-writer and essayist decrying the injustices faced by Black Americans and women both. This led to a penpal relationship with like-minded Eleanor Roosevelt, though Roosevelt's position of power afforded her the luxury of having the opinion that while change was good, it was not to be rushed.

Pauli wanted to rush it.

The only woman in her law school class at Howard University (professors didn't let her speak until her second year, after she became the institution's top student), she wrote a paper that laid the foundation for the arguments used some 10 years later to toss out the Jim Crow laws, never really getting public credit for it. She was an integral part of NOW and worked under JFK on women's rights before becoming disgusted with the slow pace of change in the U.S. — a 1959 lynching was her last straw — and moving to Ghana, Africa, to teach.

Repulsed by the dictatorial leanings of the country's leader, she returned, and she kept on with her trailblazing, becoming a tenured professor and later giving it all up to become the first-ever woman ordained as an Episcopal priest.

Through it all, Murray was a unique figure who multi-tasked in fighting both racial and sex-based discrimination, all the while unwittingly laying the groundwork for future legal victories on behalf of LGBTQ people — a group to which she silently belonged as a basically male-identifying person in a relationship with a woman.

So many of Murray's ideas feel like precursors to conversations today, including those surrounding gender identity and even racial nomenclature (she actually preferred “Negro” to “Black,” a hill she died on in academia when the former word went out of favor forever).

Cohen and West's reverential but exciting doc is as packed as Murray's bookcases, filled with rare archival interview footage and audio, new interviews with those who knew her and rich historical documentation and photos. But through it all, they never lose sight of exploring who Pauli was as a human being, which gives their film the same sort of fire that lit up her life.

It is a delight to learn how far we have come in acknowledging Murray, but the doc challenges us to embrace her further, strongly making the case that Murray's ideas and hard work make her perhaps the single most consequential voice in the Civil Rights Movement's history.

My Name Is Pauli Murray is streaming now on Amazon Prime Video.