The Olympian Wore Prada + MEN OF WEHO Ready To Work Your Last Nerve + Shawn Mendes Is Single + Boebert Continues To Be That Way + MORE! — 12-PACK Comments (0)

ABOVE: Gus Kenworthy is giving Prada.

BELOW: The Men of West Hollywood (no, it's not a dating app suggestion for newly single Shawn Mendes), Boebert continues to disgrace the U.S., tidbits about those Martin & Lewis nudes and more ... 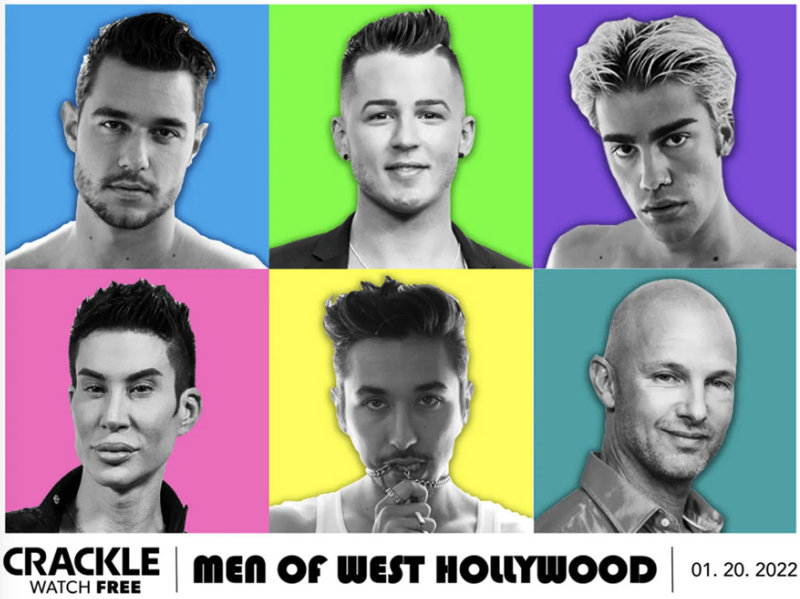 MEN OF WEHO.COM: Men of West Hollywood is a new reality series streaming in January — because 2021 is a Dumpster fire anyway, so might as well let 2022 burn as well. This trailer is like cringe as an extended GIF, and a lot of aping of how women behave on Real Housewives shows. It includes the Human Ken Doll — who does a lot of things — but the Black man in the promo image below isn't a main cast member, of course. Basically, watch the show and don't be like these people (not all of whom are gay, BTW), prancing after each other sneering “basic bitch” as the most creative insult you've got.

EXTRATV: In related news, Shawn Mendes, 23, is now single and ready to mingle.

KENNETH IN THE (212): Some shirtless guy with some hair on his chest.

We’re so lucky to have them in office 🙏 pic.twitter.com/UO38MemKTF 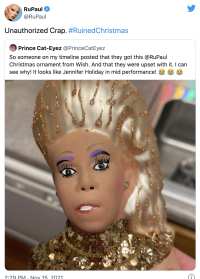 Yassify Bot is alerting us to the stupidity of over-retouching — and deeper issues it reveals.

PAGE SIX: Ramona Singer is garbage. They all are, the Housewives. Those shows encourage us to pick the ones we like best, but they're all garbage so it's a trick.

OMG.BLOG! (WORK UNFRIENDLY): RuPaul publicly shamed a terrifying, unauthorized Christmas ornament. (How do these companies not get sued?!)

DAILY BEAST: Rupert Murdoch is now bored of Trump's whining about losing in 2020.

Luckily my dad raised me right, otherwise I might have gone to the floor to talk about this insurrectionist who sleeps with a pervert. I am grateful I was raised to be a decent human and not a deprived person who shamefully defecates & defiles the House of Representatives. 🙏🏽 God https://t.co/F5W9LBzjCZ

ALTERNET: Rep. Lauren Boebert (R-Colorado), used yesterday's hearing to censure Rep. Paul Gosar (R-Arizona) for his anti-AOC (D-New York) meme to trash Rep. Ilhan Omar (D-Minnesota) as a member of “the Jihad Squad,” and to say Rep. Eric Swalwell (D-California) slept with the enemy — a reference to a popular story that he fucked a Chinese spy. Boebert's husband was arrested and did time for flashing minors in a public place! This needs to be read into the record during some public House function — Republicans always win by accusing Democrats of that which they gleefully do themselves.

JOE.MY.GOD.: Rep. Matt Gaetz (R-Florida) — just like Boebert, someone living in a great, big glass house — wants to take on Kenosha Killer Kyle Rittenhouse as a House intern if he gets off on his murder charges.

KRCG: Madonna's former home in Miami is being sold. By a dog. Who owns it.

PALM SPRINGS LIFE: Jeremy Kinser talks with filmmaker Tom Donahue about how Dean Martin became the King of Cool — and they discuss those nude (non-sexual) photos of Martin & Lewis that surfaced in auctions earlier this year. 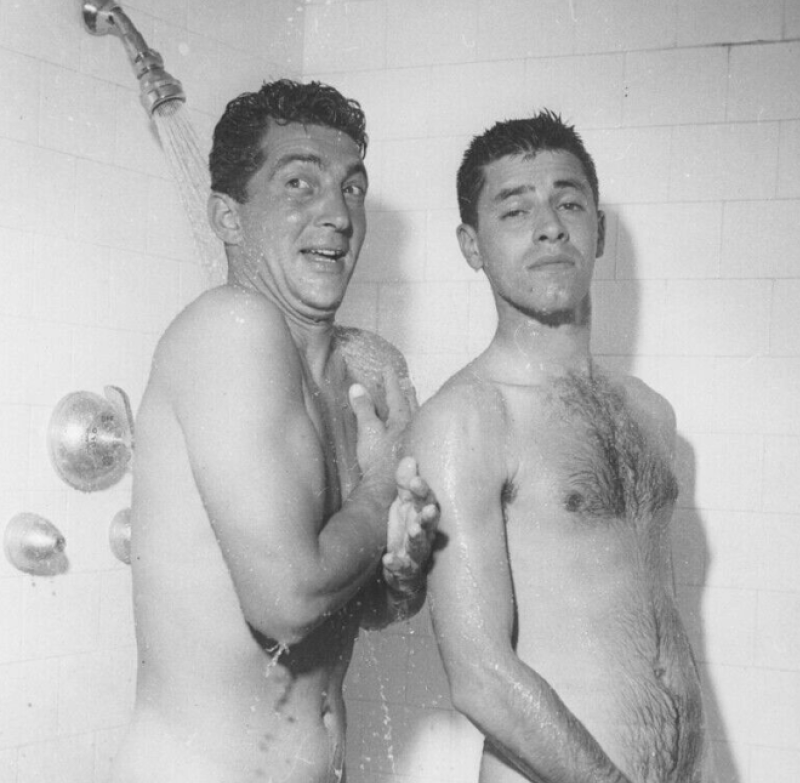 These types of photos were not uncommon back in the day; it was understood they'd be unpublishable. (Image via eBay)