Portrait Of A Lady: A Review Of SPENCER Comments (0) 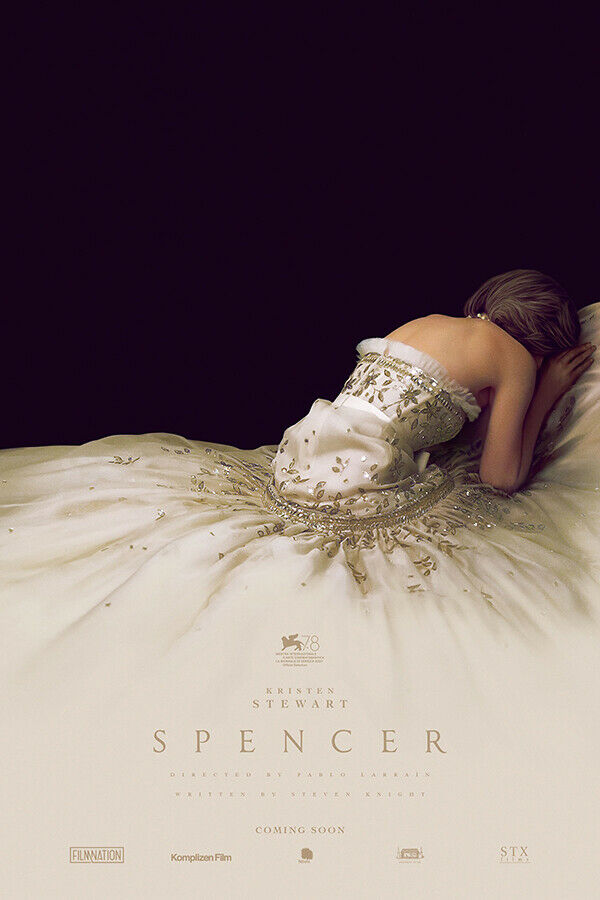 One of the year's best film posters. (Image via Neon)

Viewers of Spencer, the new biographical sketch of Princess Diana from auteur director Pablo Larraín, would be well-advised to take in his 2016 Jackie Kennedy work Jackie before sitting down for an expected A-to-Z biopic of one of recent history's most fascinating enigmas.

Larraín doesn't do biopics, though he does do challenging, painterly, psychologically pregnant portraits of women exceedingly well, as the intoxicating, at times maddening, Spencer proves.

Unfurling like a haunting, mental-health ghost story, Spencer reimagines a fraught few days for Diana over the 1991 Christmas holiday. Played with an unnerving emotional nudity by Kristen Stewart, this Diana has the pout, the head-tilt, the whispery speech — and whispers are ever-so-important at chilly Sandringham, where everyone hears everything and where Diana has been made to feel a virtual prisoner.

The film begins with a lost princess driving herself to the family festivities, and who is steadily being driven mad by public pressure and royal protocol. From a script by Steven Knight, Larraín's Spencer gutsily employs metaphorical dialogue and even hallucinations to underscore Diana's fragile state of mind, crafting an uncanny cinematic vision of how she might have felt during one of the unhappiest periods of her short life.

Scrutinized to the point of bulimia, Stewart's Diana battles to have the dresser she desires, Maggie (a transcendent Sally Hawkins, lending brief but pivotal support), a seemingly tiny request for the world's most famous woman, and yet one that results in a household cold war. The film expertly portrays what Diana was up against, from rigid staffers (including Timothy Spall, as the Palace's eyes and ears) to a corpselike husband (Jack Farthing) to the ultimate controlling mum-in-law (Stella Gonet as Queen Elizabeth), whose best advice to Diana in one riveting scene sounds more like a statement of why she is suffering so in the first place.

Also compelling is Diana's line-in-the-sand decision to pull her boys (Jack Nielen as William and Freddie Spry as Harry) from a pointless pheasant hunt, after having caved to other silly traditions that only serve to make her feel caged.

The film is especially adept 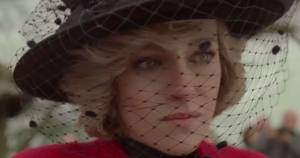 at creating iconic-feeling visual moments — Diana crouched before a toilet, her gown cascading around her; Diana gulping pearls from a bowl of Christmas soup; a revisitation of Diana in her wedding gown, this time at her ancestral home.

I can't say Spencer is for everyone, nor do I think Diana buffs will rally around Stewart without reservation; there are moments when her performance could strike one as too ... much. And yet, over time, I was captivated by the wispy waif in the priceless gowns acting out in order to be seen, in order to feel, and rarely has such a foreboding film ended with so much genuine giddiness and relief.

Spencer represents Stewart's first real shot at an Oscar nomination. I think the nomination is a lock, but the film will have to find fans among famous actors who don't resent loose, arty retellings of the lives of public figures in order for Stewart to actually take home Oscar gold.

Spencer is in theaters now.