This has aged well. (Image via video still)

YOUTUBE: Yes, it happened five years ago, but the dad/son kiss between Stephen Colbert and Andrew Garfield has been given a new life on Twitter. And it's still hot!

DAILY BEAST: Ex-cop (this seems important) Jared Schmeck of Oregon is the A-hole who used a Christmas Eve call with the Bidens to blurt out “let's go, Brandon” (code for “fuck Joe Biden”), to which the POTUS coolly replied, “I agree.” Now, after publicizing all of his information and bragging about the tacky joke, poor Jared is ever-so-upset about the backlash he is receiving. Of course Schmeck works for a Christian-values-b0asting company (his daddy's), and of course that company received a TON of help from the government during the pandemic. 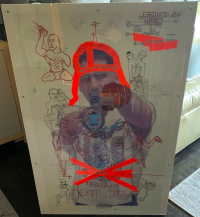 NYT: RIP Desmond Tutu, the archbishop whose nonviolent approach to South Africa's anti-apartheid movement won him the Nobel Peace Prize in 1984. He was also a noteworthy LGBTQ ally in Africa.

BLOOMBERG: The wife of Alex Jones was arrested for domestic violence on Christmas Eve.

PINK NEWS: Former Buffalo Bills player Bruce Smith has asserted there was a gay player on the team in the '90s:

DAILYKOS: Biden gave back land to a Texas family from whom it had been seized by Trump for his quixotic border wall. This is the kind of story that the Biden Administration needs to be pushing hard, yet it's buried.

WAPO: Don't be ashamed it you get COVID-19 — it doesn't mean you were reckless.

EXTRATV: The Mail on Sunday and all of its related entities have succeeded in smearing Meghan Markle to the point where a lot of people loathe her, but she did finally win a major lawsuit against them for publishing excerpts from a private letter to her dad that she wrote after the royal wedding. The icky tabloid was forced to apologize on its own front page, will pay 90% of her legal fees and will give her a substantial amount of cash.

WOW REPORT: My Instagram (Gr8erDays) is devoted to past stars and/or stars with careers in the '80s or before, but I'd never heard of Don Barclay. He was apparently Cary Grant's lover, and went on to become a successful painter of caricatures, among other accomplishments. HBD to Don, who was born 129 years ago today, wherever he is. 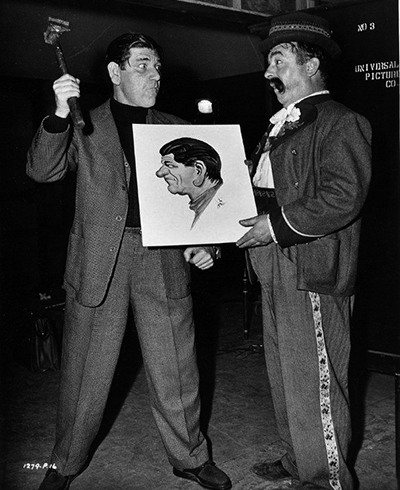