In Spades: A Review Of Paul Shrader's THE CARD COUNTER Comments (0) 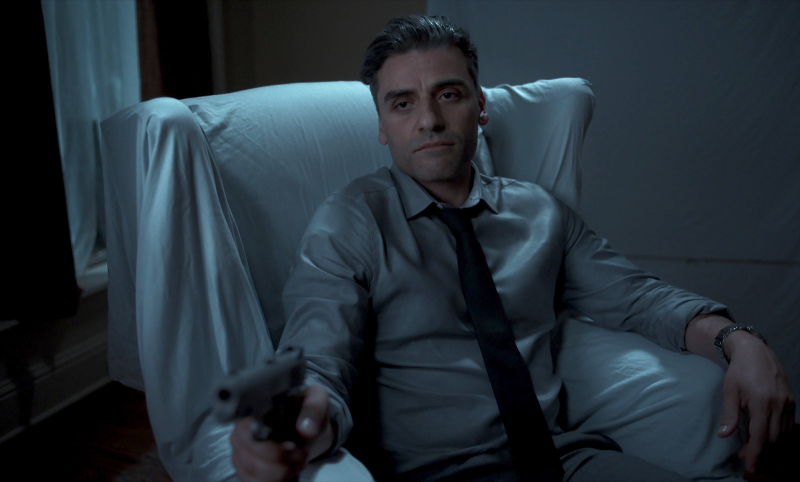 Everybody run — the card-counting king has got a gun. (Images via Focus Features)

The Card Counter, writer-director Paul Shrader's intense morality drama stars Oscar Isaac as William Tell, a former soldier involved in the Abu Ghraib torture scandal who used his prison stint to learn to count cards. It is a useful skill, unlike spending time obsessing over revenge, or regret, which he seems to have identified as exhausting, pointless pursuits. 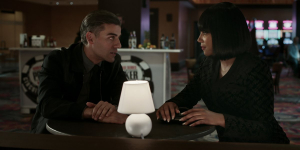 discovers his femme ... natale, lucky lady La Linda (Tiffany Haddish, in a rare dramatic role), and is ready to accept her offer to stake him on the professional poker circuit, he also meets Cirk (Tye Sheridan), whose late father also went down for Abu Ghraib — and who is frighteningly absorbed by the idea of exacting revenge on a consultant who caused a lot of the violence, but who never paid any price for it, creepy Major John Gordon (creepy Willem Dafoe).

Tell takes Cirk under his wing and takes La Linda up on her offer, embarking upon a new career, one in which he must flex his skills without making his card-counting deception too obvious. Win, but not too ostentatiously.

The Card Counter has a dead, noir vibe not dissimilar to Shrader's now quite painfully dated American Gigolo, but it is saved by the repressed spark in Tell so grippingly acted by Isaac. Though his inner monologues can at times make the film border on self-parody, he is otherwise singularly fascinating. And when he's throwing his weight around, he's every bit as terrifying as Gordo — which is maybe the point.

I never fully bought Haddish, but it is nice to see her stretch. When she's bantering with Isaac, she's at her best, though one wonders if it was in the filmmaker's best interest to have her character consistently tell lame jokes, which consistently reminded me that this is a pro comic and very funny woman in real life. 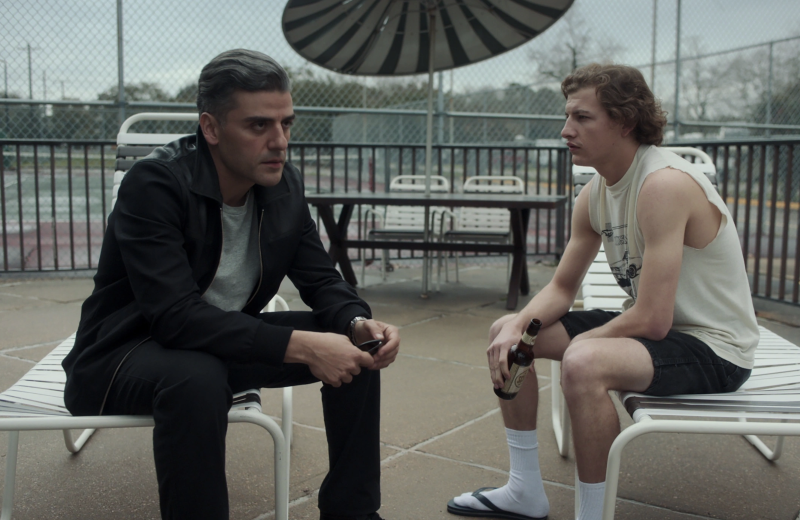 Snail-paced and portentous, The Card Counter does, however, eventually pay off in a grimly satisfying climax for its three leads that attempts to answer some questions about what's right, what's wrong and when the ultimate punishment is justified. A marked improvement over Shrader's semi-recent First Reformed (2017), even if it's still miles from his early work with Martin Scorsese.

The Card Counter is in theaters or available on various streaming services for purchase.