Lush Life: A Review Of THE TENDER BAR — And Its Cinema Society Fête Comments (0) 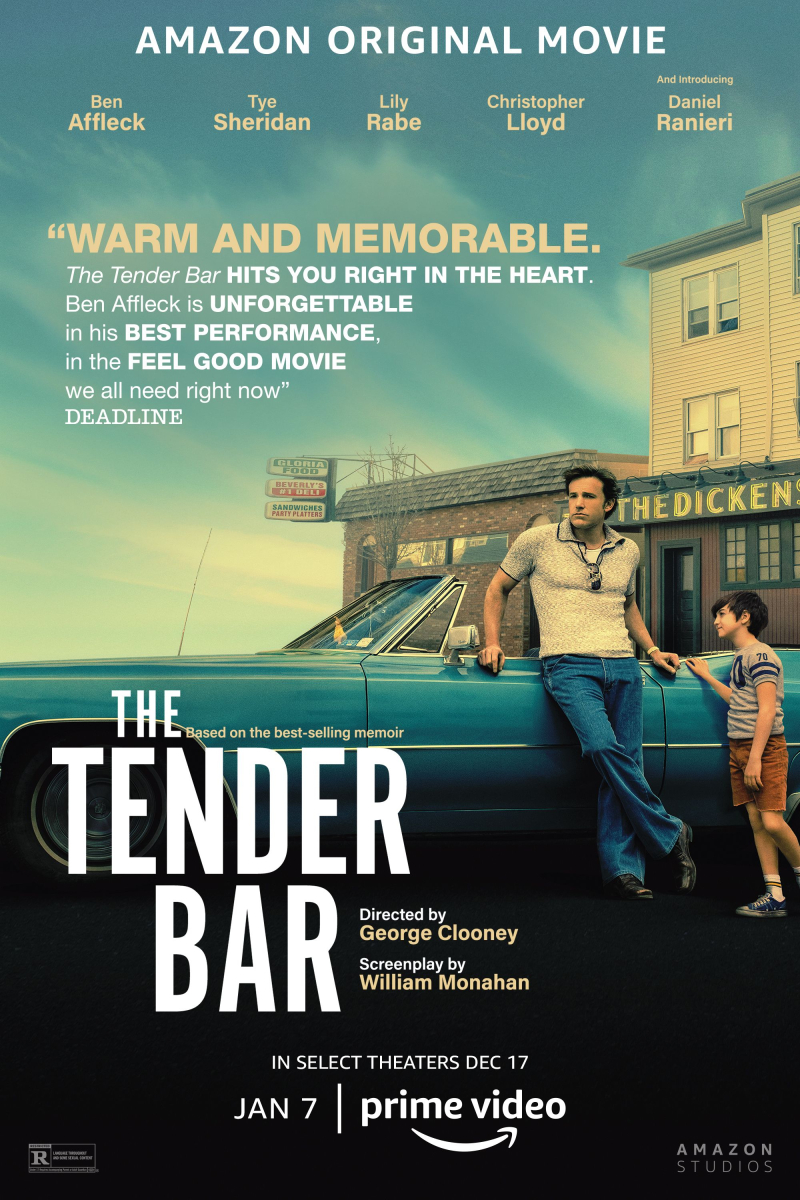 Thursday night, I was fortunate to be invited to one of Andrew Saffir's fun Cinema Society screenings — they're always restrained-lavish with a heavy dose of chic and of famous faces, and are designed to call attention to smaller films with good pedigrees.

This time, he was celebrating The Tender Bar, the sixth film from director, as opposed to actor, George Clooney.

The film, adapted by William Monaghan from J.R. Moehringer's 2005 memoir, is about a bright kid (newcomer Daniel Ranieri as young J.R., Tye Sheridan as college-age J.R.) growing up on Long Island with his single mom (Lily Rabe) in her father's (Christopher Lloyd) home, necessitated by his drunken father's (Max Martini) exit from any semblance of parental responsibility. A straight-up coming-of-age film in a blue-collar setting, The Tender Bar — his streetwise, big-hearted uncle (Ben Affleck) owns a watering hole where life lessons flow along with brewskis — covers a lot of ground briskly, rarely digging in.

Directed in an almost anti-auteur, rote style by Clooney, the film's highlights come from its cast, mainly Sheridan (who is also outstanding in this year's The Card Counter), who skillfully and with heart provides a portrait of J.R. as a clueless newcomer to Yale desperate to fill the hole in his life created by his waste-of-space pop, then a wily college kid and finally a young man who has entered the work force via The New York Times — close to a dream.

Rabe is impressive as his alarmingly youthful mom. As an actor, she clearly bonds with her character, a woman burned by the choice she made when picking the father of her child, but who funnels any potential bitterness or frustration into inspiring her son to believe in himself, and to become a success.

Ranieri is confident for a 10-year-old discovered from a video his mom uploaded of him ranting about COVID. He is a natural on-camera with expressive eyes, even if he looks exactly zero like a young Tye Sheridan. Scenes with J.R. and his roommates are livened up by a hysterically funny Rhenzy Feliz, who steals every scene he's in.

Lloyd is wasted in a blank old-man role, which is a shame. 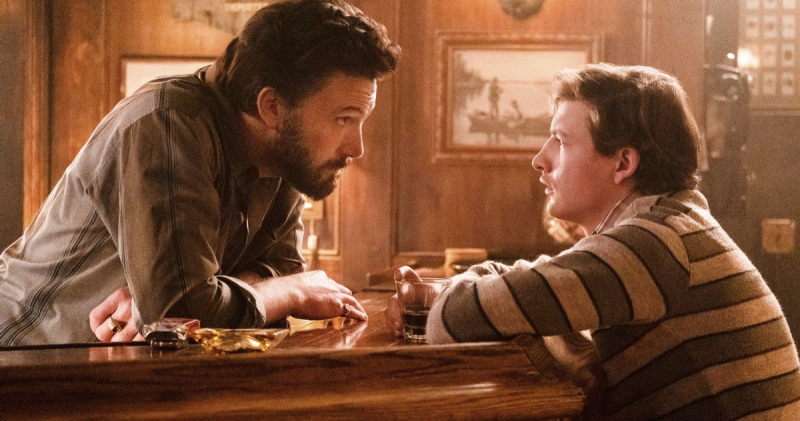 A double (Image via Amazon)

The real shame is that while Affleck's performance is likely to be a crowd-pleaser in Amazon Prime Video-subscribing homes — and his chemistry with Sheridan really is thicker than blood — it feels separate from the proceedings, a theatrical, swinging-for-the-fences take on father-figurehood that winds up weakening an already creaky film. Nothing transformative happens here, but it might've had Clooney been able to keep that Affleck character to a bare minimum and allowed Sheridan, whose character's inner life frequently threatens to intrigue before Clooney whisks us off to another familiar scene, to strut his stuff more. 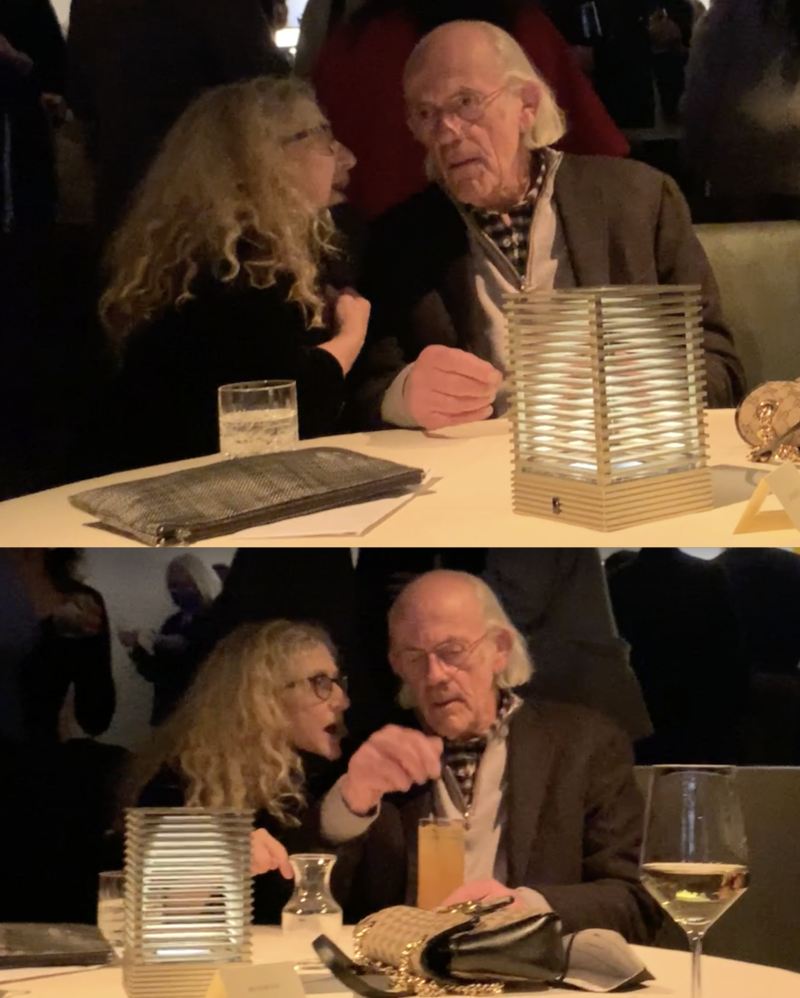 I wouldn't dream of storming their table. But I dreamed of taking pictures, and my dream came true. (Images by Matthew Rettenmund) 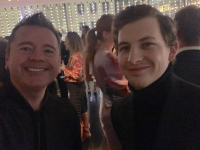 The after-party was at Armani/Ristorante (not exactly a tender bar), where I was pleased to speak with Sheridan and gush a little (a lot?) about just how impressive I find his work. With the lighting on hand and the death of my amazing li'l point-and-shoot, my selfie with him has to do.

I just love Tye Sheridan. I grabbed this of him servicing autograph hounds between the Cinema Society screening of "The Tender Bar" and the after-party, where I got to tell him I just love him. pic.twitter.com/gdMJUPju9J