All About My Mother & Father: Capsule Reviews Comments (0) 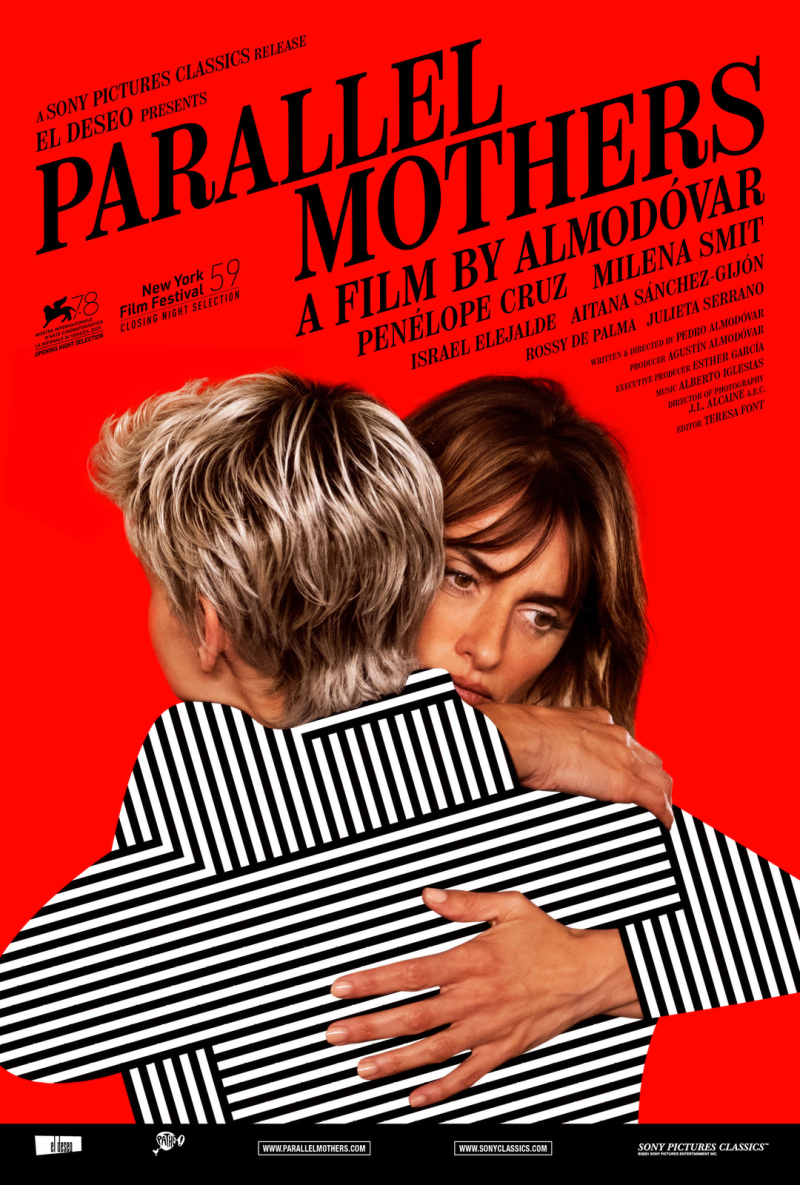 The mother of all movie posters! (Image via Sony Pictures Classics)

Iran's Oscar contender for Best International Feature is Asghar Farhadi's heartfelt fable A Hero/Ghahreman, about Rahim (Amir Jadidi), a man released from debtor's prison for two days on the hope he will be able to persuade his guarantor to drop charges and recommend his freedom. Open-hearted and sufficiently embarrassed by his failure to pay, which cost him his marriage and his pride, Rahim has two special reasons to work extra-hard toward getting out — his son (Saleh Karimai) and his secret fiancée, Farkhondeh (Sahar Goldust). Instead when Farkondeh finds a woman's purse containing 17 gold coins, he is faced with a dilemma — sell the coins in order to pay off some of his debt, or try to return them to their rightful owner. He opts for the latter, which results in a series of unpredictable events that will paint him as both hero and villain, when in reality he is neither. Never less than gripping, this simple story of right vs. wrong has a universal sweep and is anchored by Jadidi's deeply charismatic performance. His virtue gets him into the spot he's in, and could wind up being what keeps him from extricating himself. Superb acting all around, as each supporting player seems to represent a different human quality.

Even with its cast of thousands (of famous faces), The French Dispatch is more a collection of exquisite tableaux than it is a narrative feature. In short, it is Wes Anderson Wes Andersoning for the fences. A trippy triptych, it follows three stories as an arty, offbeat Kansas newspaper prepares its last issue in the 1970s. To be sure, there are LOL one-liners, such as when tousle-haired radical Timothée Chalamet asks stern-faced writer Frances McDormand to look away as he bathes because “If feel shy about my new muscles.” There are also plenty of absurdist vignettes, some of them momentarily tantalizing. But these attributes plus committed mini performances from the likes of Benicio de Toro, Tilda Swinton, Willem Dafoe, Jeffrey Wright, Edward Norton, Henry Winkler, Owen Wilson and Bill Murray do not make the film feel any less of an expensive folly, a distraction one has to work at rather than escape into. The French Dispatch is in theaters now.

While light years better than David Lynch's 1984 take on Frank Herbert's Dune, Denis Villeneuve is lost in the desert as he tackles the notoriously dense sci-fi book about a royal lineage being tasked with bringing to heel a desert planet and its resourceful inhabitants. Unlike Lynch, whose vision sank into parody, Villeneuve's stews in oppressive profundity. It is never laughable, but is also never a joy. Keeping it from being a waste of two-plus hours, Dune 2021 is exquisitely photographed with so much care it never looks alien, just like an unfamiliar corner of our own world. And that is a plus, since Herbert's story is about things earthlings need to explore — including conservationism. Timothée Chalamet as fated-to-lead Paul Atreides handily carries the picture on his tiny shoulders, with an assist from his expressive eyes, while Oscar Isaac (as Duke Leto Atreides) seems to be the only actor playing Dune as a simple family drama (love to see Scenes from a Marriage centering on Leto and his wife, Paul's mom), a good instinct lost amid the film's other, less grounded performances. Josh Brolin and Jason Momoa feel hopelessly out of place in a stultifyingly serious world, and ultimately, so did I. Dune played, for me, like a disturbingly fanatical, dogmatic even, representation of the kind of sci-fi franchise so much of cinema has become. When it is awed by nature (and especially its mammoth worms), it has real beauty ... but overall, the film has not much to say beyond the all-importance of duty. Dune is in theaters now.

One of writer-director Pedro Almodóvar's low-key best, the superfine Parallel Mothers/Madres paralelas is the story of two women — one middle-aged (Penélope Cruz, who deserves an Oscar nomination) and one a teen (Aitana Sánchez-Gijón) — who meet in a hospital as they're giving birth. Janis, in her forties, is happy to be with child, while Teresa is scared to death. Feeding off of each other emotionally, they agree to share information and stay in touch. Little does either woman realize just how deep their bond accidentally will be. While Almodóvar could be said to excel at excess, this time, he reigns himself in, presenting a fine mired in the concepts of twists of fate, ghosts of the past, political upheaval and, as always, motherhood. With queer identity thrown in for good measure. A cerebral soap, nothing is expected or as it seems here, and you will be kept guessing every second of the way. Parallel Mothers/Madres paralelas will be in theaters December 24.