Out Of Tune: A Review Of CYRANO Comments (0) 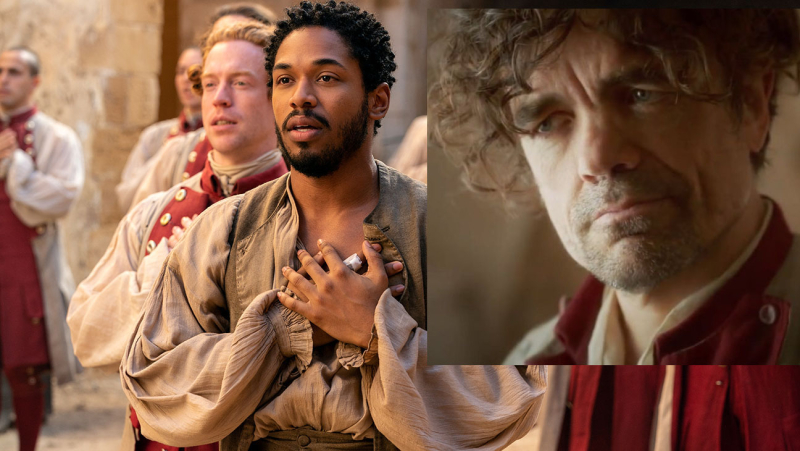 Sorry, but I need more. (Image via Universal)

In Joe Wright's Cyrano, a reimagining of, well, y'know, is a conundrum — a pretty, warm-hearted film with a winning performance, a musical peopled by people whose singing is nothing special and who sing not especially winning words.

In the end — maybe even at the outset — one is left wondering: Why did we need this story again? And the only answer I can come to is: to prove, again, that Peter Dinklage can do anything.

Dinklage is the titular lovestruck fellow in this adaptation of the 2018 stage musical by Erica Schmidt, with Haley Bennett as fair Roxanne and Kelvin Harrison Jr. (so great in Luce and Waves) as the object of her affection. Sumptuously filmed and costumed, it hits its falsest note with the weak singing, especially from an autotuned-sounding Dinklage. Yet although his co-stars sound decent, they never sink into their characters the way Dinklage does. To appreciate his deeply felt performance as Cyrano, we are left with having to endure this unnecessary valentine.

Diverse casting does not make the story of Cyrano de Bergerac fresh; only Dinklage as its beating part comes close to accomplishing that.

Cyrano begins a limited, one-week theatrical run today. It is in limited theatrical release from January 21.