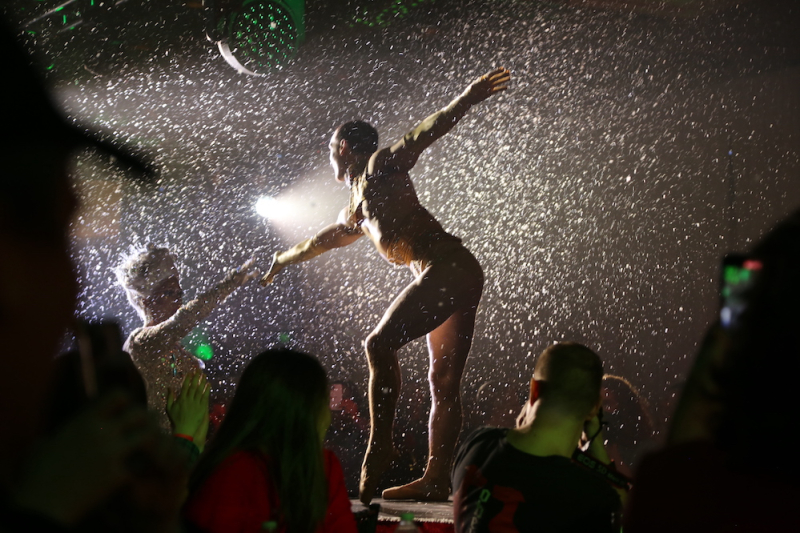 You didn't have to be there — but it helped! (All images by Matthew Rettenmund) 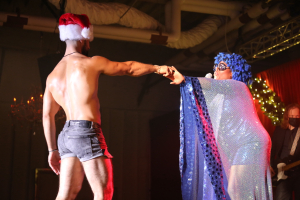 If you're in NYC, check out Santa's Secret, an immersive holiday event that feels like a Roaring '20s speakeasy meets Broadway Bares, filled with bendy, gifted guys and girls putting on a stage show that's equal parts North Pole and stripper pole.

Brought to us by Voss Events, the living exhibits are decadent to look at and are expected to include guests like Rosé and Aquaria.

The night we went featured drag emcee Shequida, a sweet Nutcracker, an opera-“Like a Virgin” mashup, a Barbie finale to flip your wig over and more.

It also featured one of NYC's hottest Santa's helpers in some cut-off shorts, an unexpected stocking stuffer. Brandon Voss with a guy from his workshop 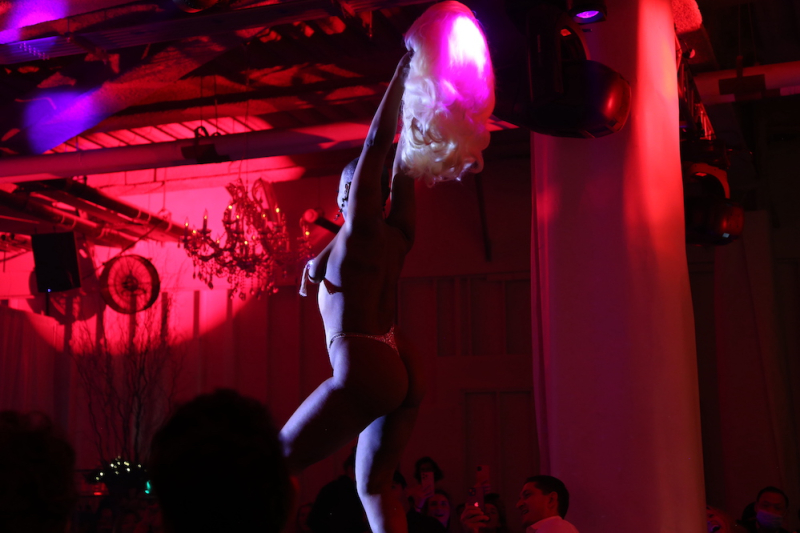 This performer blew the roof — and chimney — off the place!

The two-hour spectacle takes place on the fifth floor of The Shops and Restaurants at Hudson Yards (20 Hudson Yards) Thursdays-Sundays from December 3-January 2. It's just $45 and, according to me, well worth it. Get tickets here. 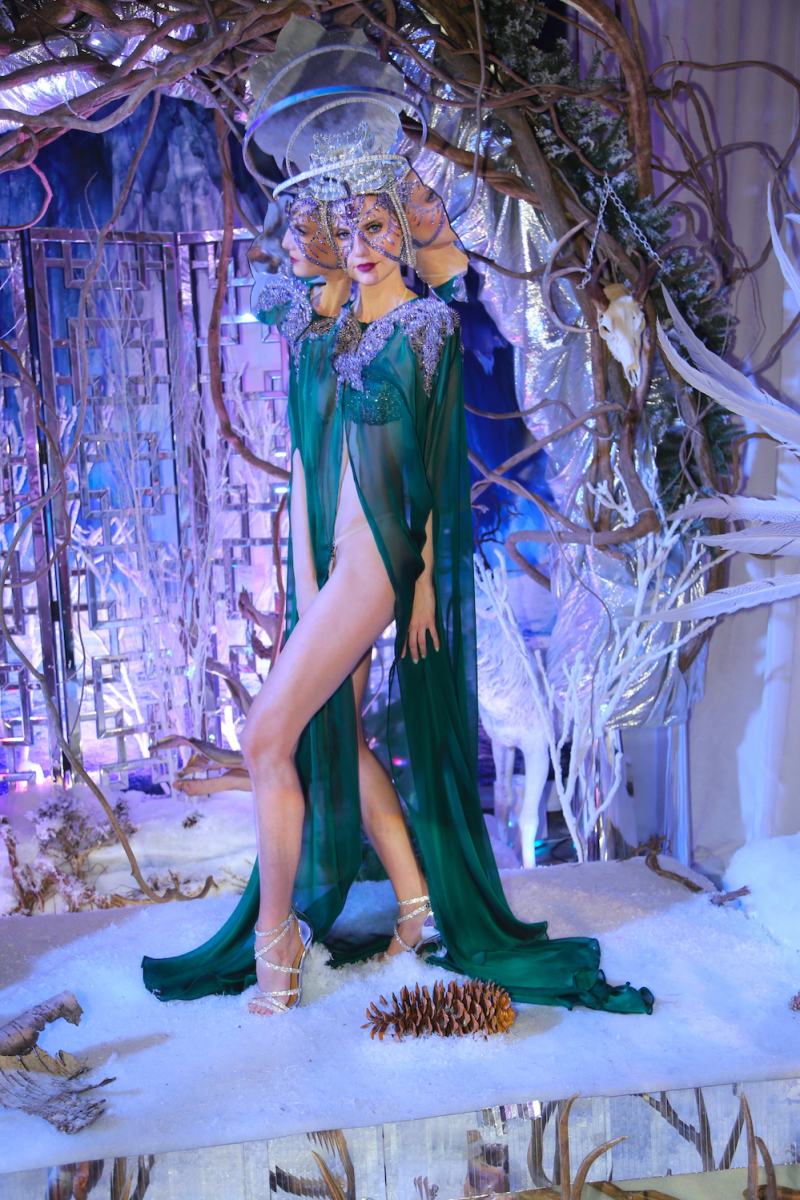 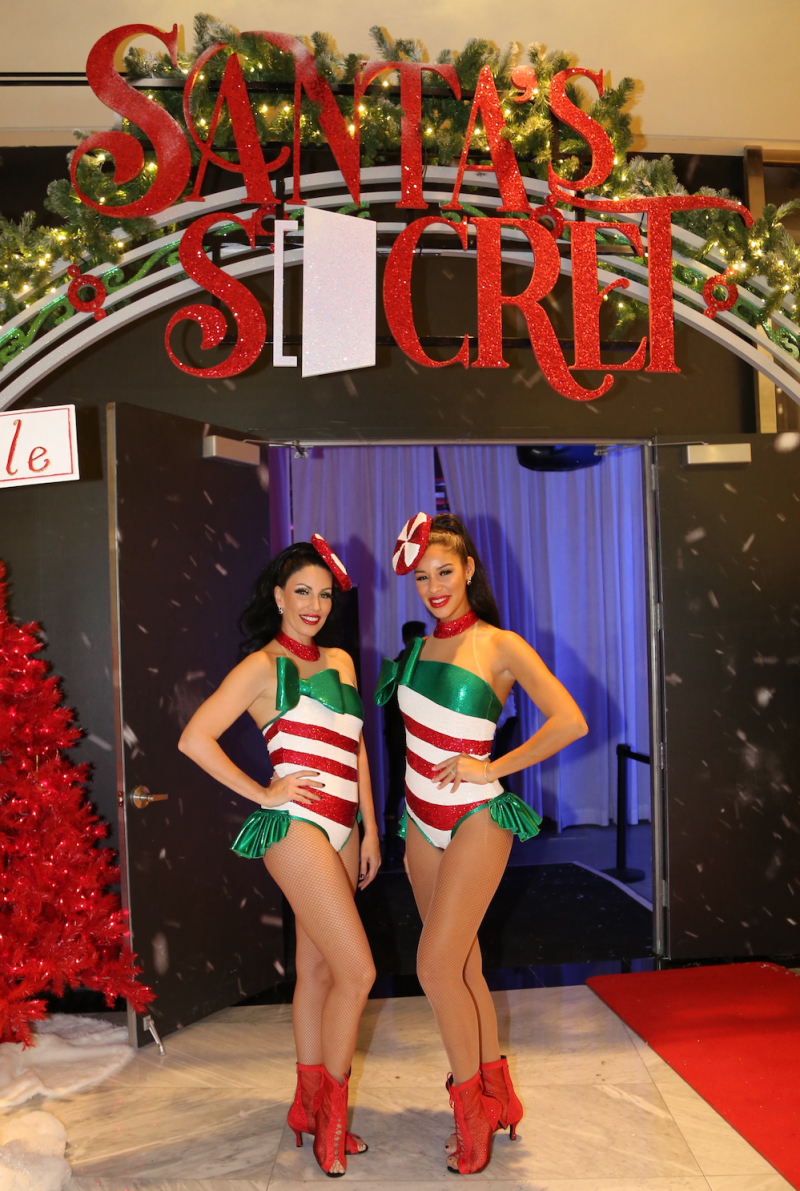 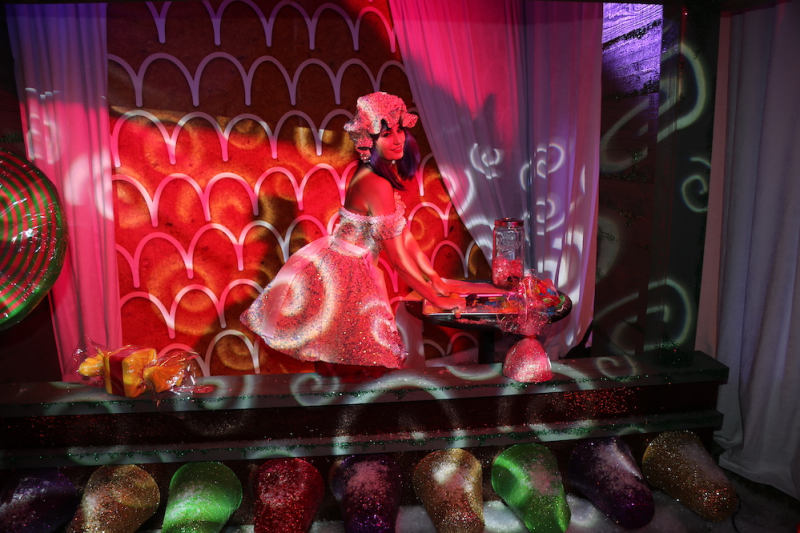 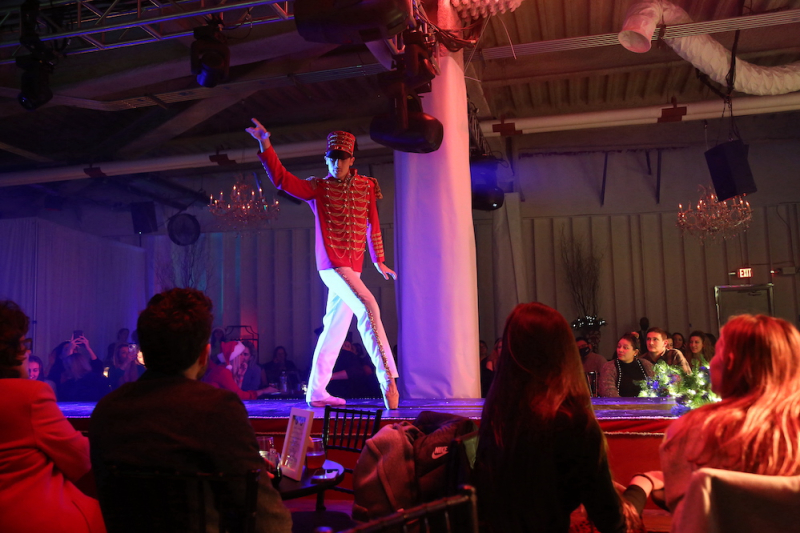 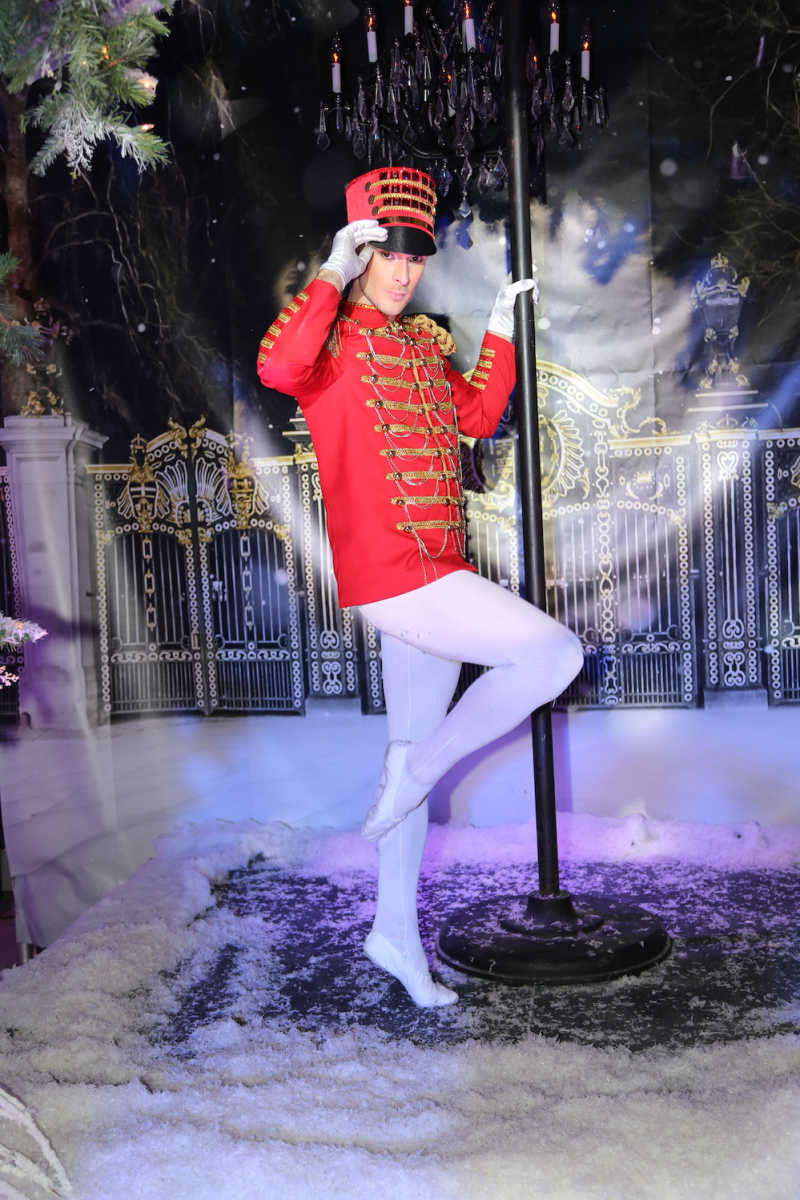 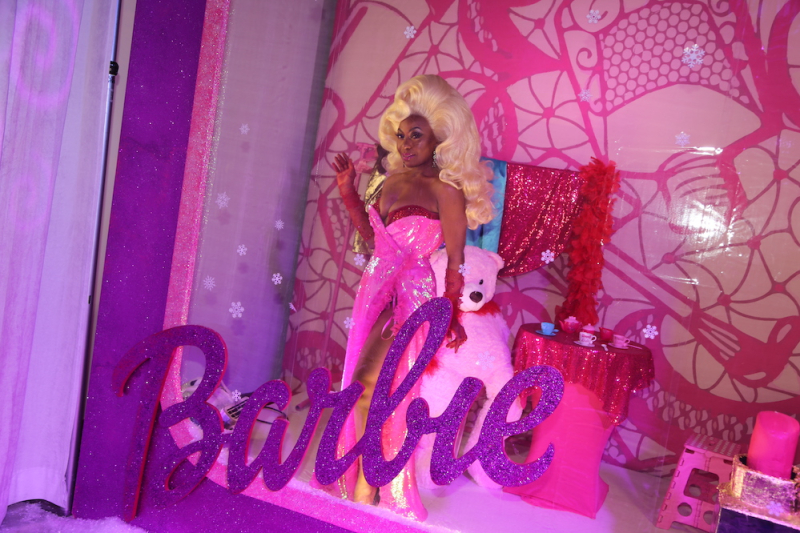 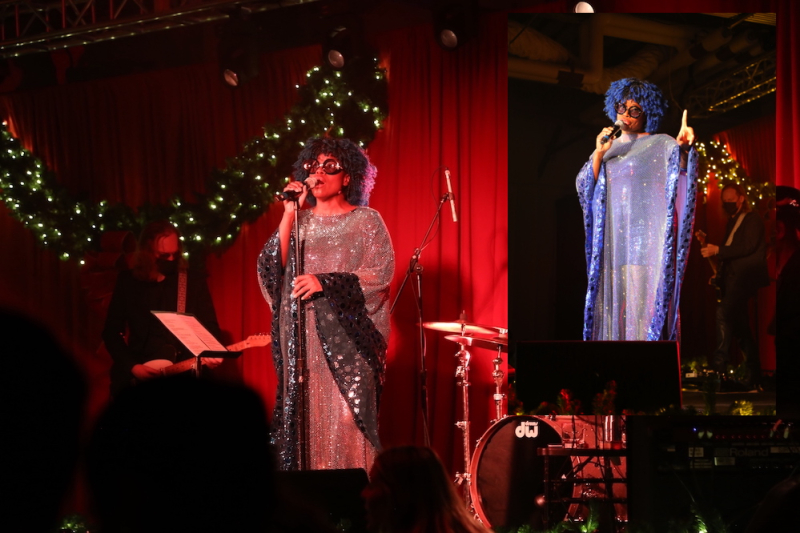 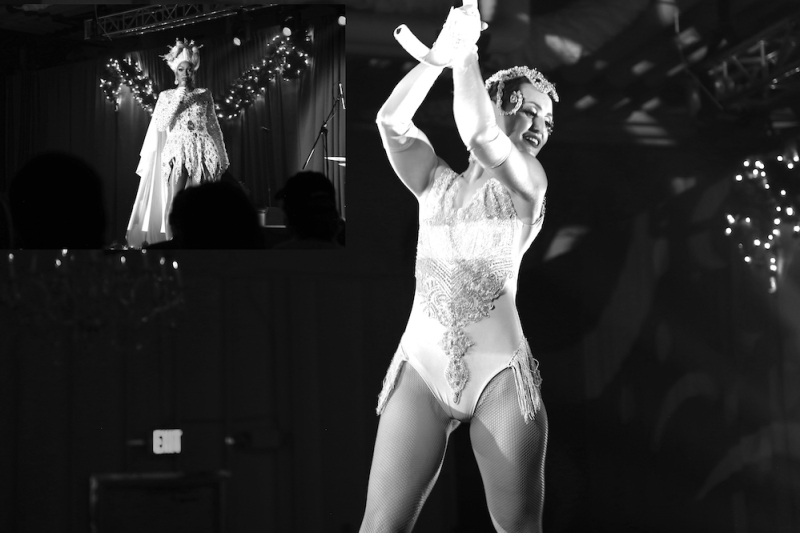 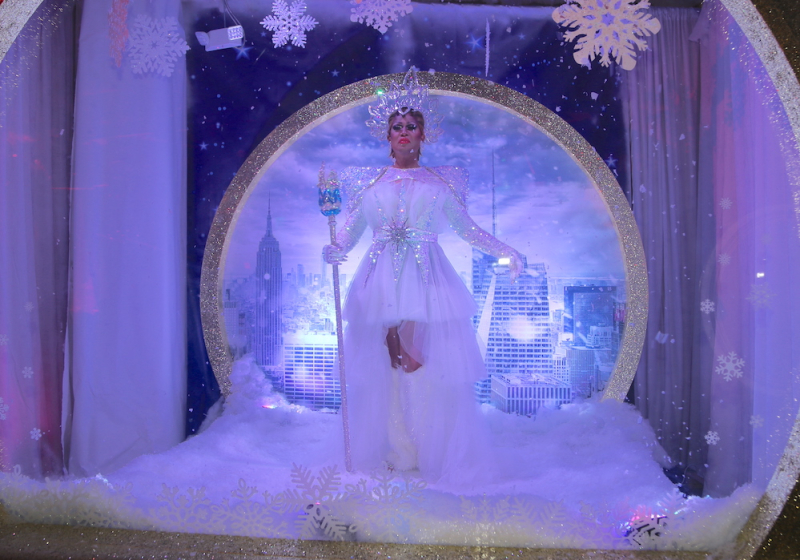 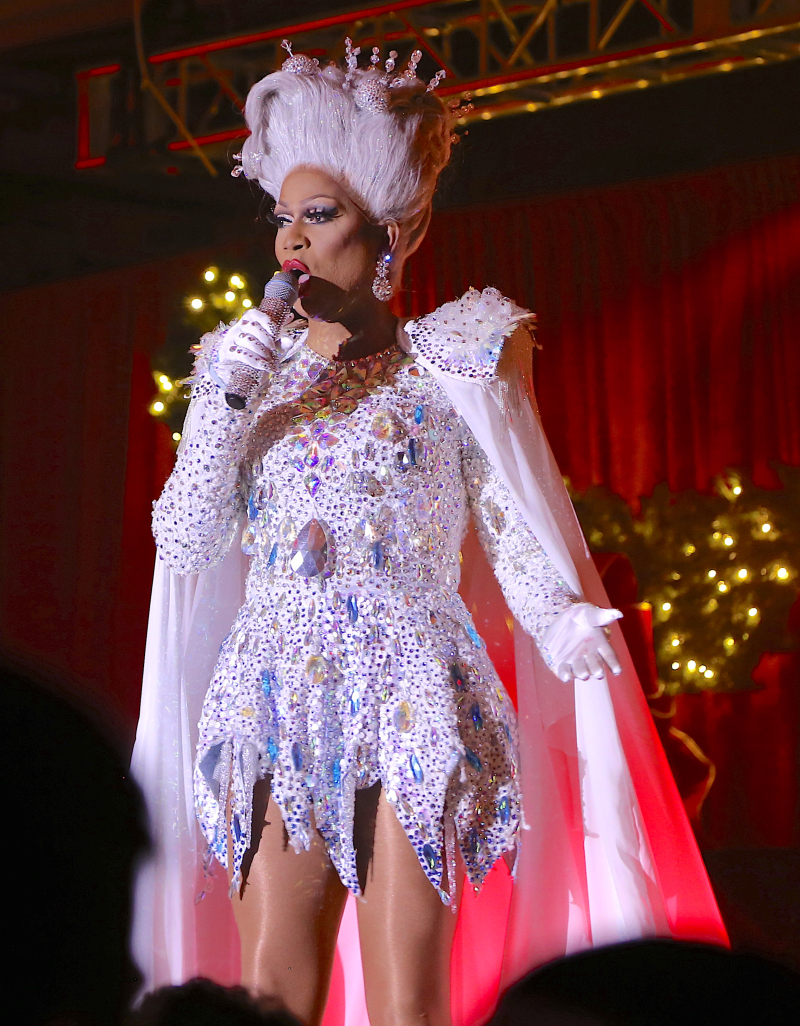 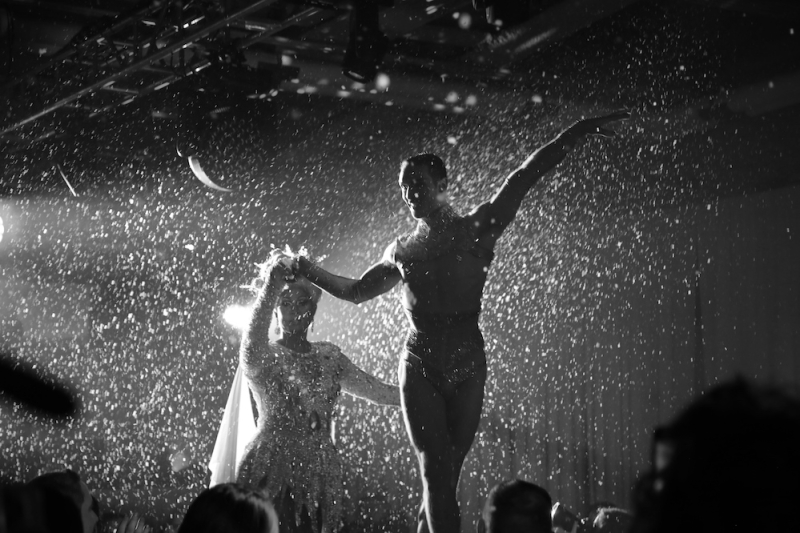 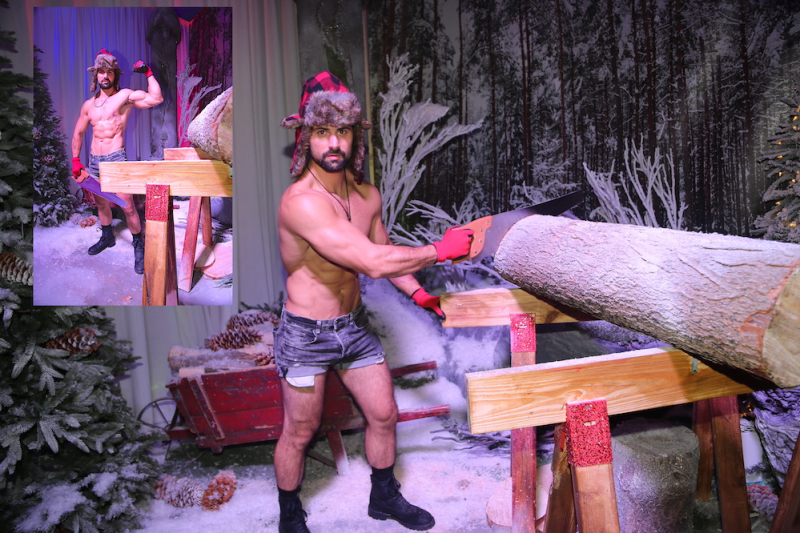 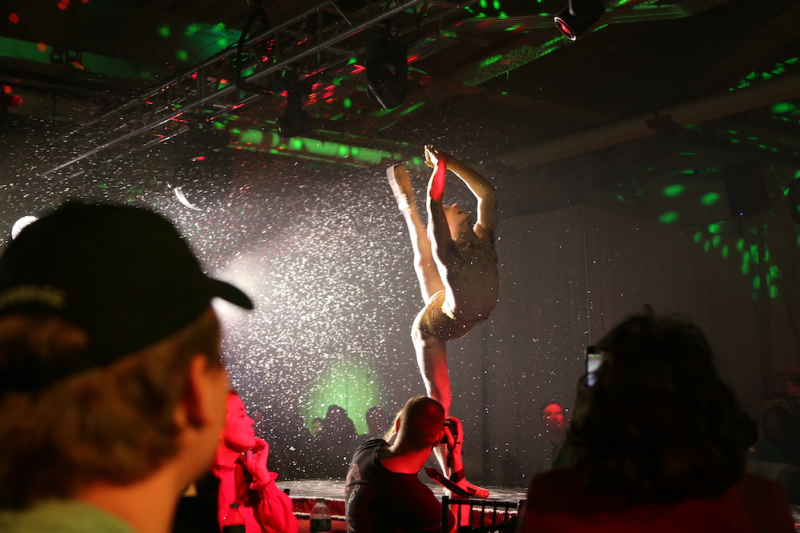 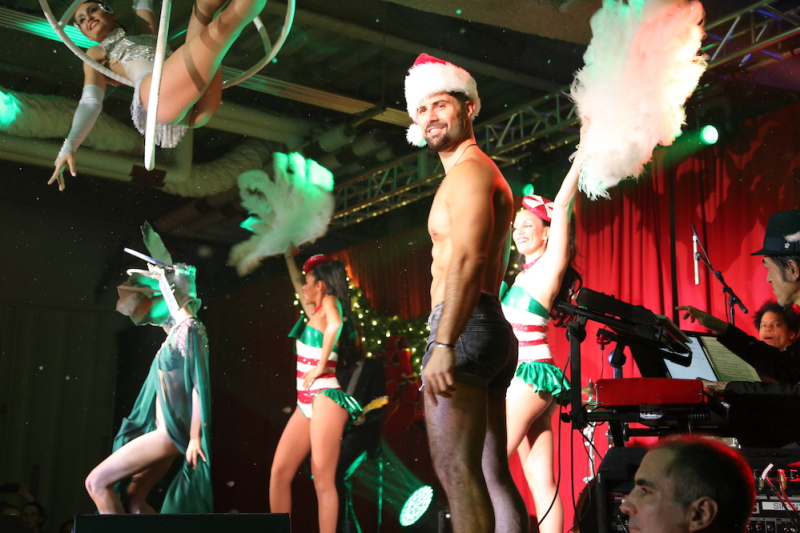