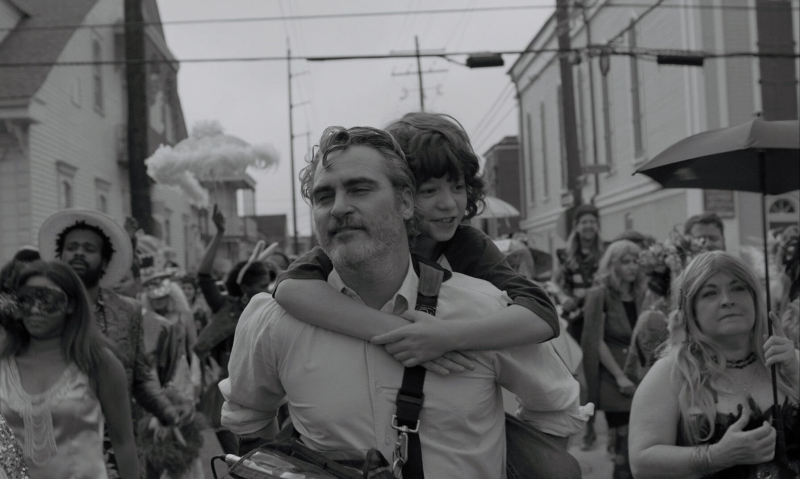 C'mon! C'mon! from writer-director Mike Mills represents his fourth intensely interesting, uncompromisingly independent feature — after Thumbsucker (2005), Beginners (2010) and 20th Century Women (2016) — as well as being that rarest of films, a small, intellectually interested and interesting, emotional movie about what bonds us as human beings.

Joaquin Phoenix and Gaby Hoffmann are remarkably dialed in within this gentle, poetic story of a journalist, Johnny (Phoenix), who hears from his semi-estranged sister, Viv (Hoffmann), that she needs to be with her fully estranged husband (Scoot McNairy) while he battles addiction, and would like for Johnny to watch her nine-year-old, Jesse (Woody Norman).

At first dropping his current project — traveling around the country to record children speaking about their visions of the future, and of themselves — and later incorporating Jesse into it, Johnny steps up to assist, eventually finding his nephew to be an unexpected teacher.

Norman is completely natural, setting the tone for the adults in what feels like, at times, unscripted explorations of what makes us tick. Beautifully filmed (and with the required perfect sound, considering Johnny's job), C'mon! C'mon! never feels pretentious, but never fails to surprise from scene to scene. There isn't another film like it this — or any — year.

At one point, during one of Johnny and Jesse's fabulously loopy, organically real exchanges, the issue of memory is discussed. Will a child Jesse's age remember the journey they've made? It remains to be unseen, but I don't think I'll forget this gently provocative film, which shows us that sensitive cinema is possible in the age of battling Universes.