Way-Out West: A Review Of Jane Campion's THE POWER OF THE DOG — SPOILERS Comments (0)

Dunst's performance is a career peak. (Images via Universal)

Is The Power of the Dog the anti-Brokeback Mountain? Billy Budd in western duds? A medium-sized Giant? Jane Campion's handsome film has a creepy sweep that makes it feel epic, yet is a strangely familiar yarn, albeit one saved utterly by its performances and the director's uncompromising eye.

all-American tale follows rancher bros and brothers Phil (Benedict Cumberbatch) and George (Jesse Plemons) as they engage in a cold war over George's sudden love for and marriage to widow Rose (Kirsten Dunst). Why does Phil despise her on sight? It doesn't help that she comes with a teenage son, Peter (Kodi Smit-McPhee), a gangly, medical school-bound invert who attracts Phil's homophobic contempt.

Of course, no man can ever truly impress Phil, who speaks reverentially only of his late mentor, a man called Bronco Henry.

The hate emanating from Phil pushes Rose to alcoholism, but while it is wounding to Peter, he approaches the situation with the same level of attention to pays to the rabbits he vivisects for ... practice. He does not wither under Phil's glare, but soldiers on, eventually managing to win him over when he is able to see the outline of a barking dog in yonder hills, something Phil thought only he could see; a mystical bond is formed. 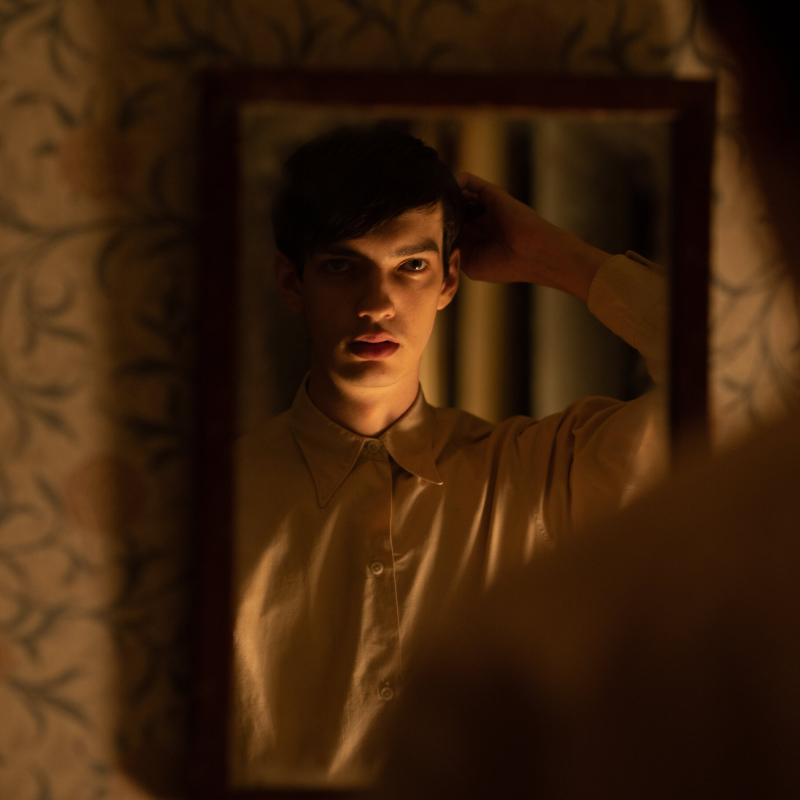 Smit-McPhee's performance rises to — and surpasses — the film's aspirations of greatness.

Peter also knows something of Phil's secret, having discovered a stash of physical culture magazines swimming with nude men that belonged to Henry, and also having accidentally spied on Phil as he masturbated with one of Henry's kerchiefs.

Where is this all going? Nowhere good. Phil's inner turmoil and Peter's need to neutralize him out of loyalty to his mom are on a collision course.

As if filmed by a microscope, every detail in The Power of the Dog feels potentially potent, even prescient. It feels as if we are watching a threat being fulfilled in slow motion. To be sure, the acting from Smit-McPhee, Cumberbatch and Dunst in particular — all three have better than average chances at Oscar nominations — makes the film easier to watch than I'm making it sound, but while it feels important, it is also strangely dated. Of course, any film set in the Dust Bowl in the '20s dealing with homosexuality isn't going to be a Gay Pride March — I don't mean that. But I found myself wondering why Campion felt this particular story was so essential to tell in 2021. The gay secret is revealed in such a way as to seem shocking to the audience, when an audience watching a Campion film is unlikely to be shocked by any such thing.

A critics' movie, questionable in its intent, unquestionably well-made, I suspect each viewer's tolerance for the pacing and the hard-to-grasp (I figured it out) ending will decide whether he or she sees the dog, or feels the power of it.