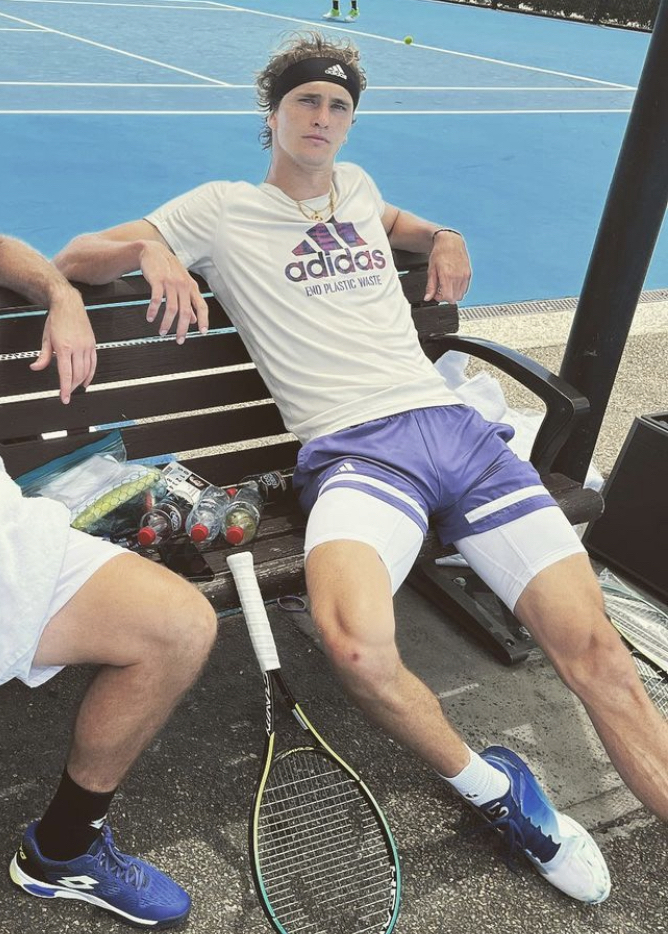 He is, I think, Alexander Zverev. (Image via Instagram)

MY NEW PLAID PANTS: Richard Madden, all spread out.

Jim Toy was and will always be a champion for LGBTQ rights and the our community. He was a mentor, friend and someone I admired. I am honored to have known Jim. He passed away on New Years Day, 2022. pic.twitter.com/Mzhs9WO9AC

L.A. BLADE: Jim Toy, who is considered by most to be the very first resident of Michigan to come out publicly as gay (in 1970), died on New Year's Day at 91.

HUFF POST: Trump, Ivanka and Don Jr. have all been subpoenaed in New York. Have fun, kids.

EXTRATV: I bet these morons thing getting married means they can't testify against each other.

MSNBC: The Senate is nearing a vote on tweaking the filibuster and tackling Build Back Better and voting rights. We're fucking if neither passes.

JOE.MY.GOD.: Texas Lt. Gov. Dan Patrick (R, of course) — one of the most vile anti-vaxxers in public office, the guy who said old people should be happy to die for the economy, is now sick with COVID-19. Dan Patrick is 71 years of age.

PINK NEWS: A South Carolina man who had consensual gay sex is forced to register as a sex offender.

THE RANDY REPORT: Amy Schneider is now the woman with the highest winnings ever on Jeopardy!

JUST JARED: No, fuckwits, Betty White (who understood gay men) did not get boosted three days before her death, did not issue a quote about getting boosted and did not die because she got boosted. What a dumb rumor. White would have been boosted a couple of months ago at least, and she was 99 fucking years old.