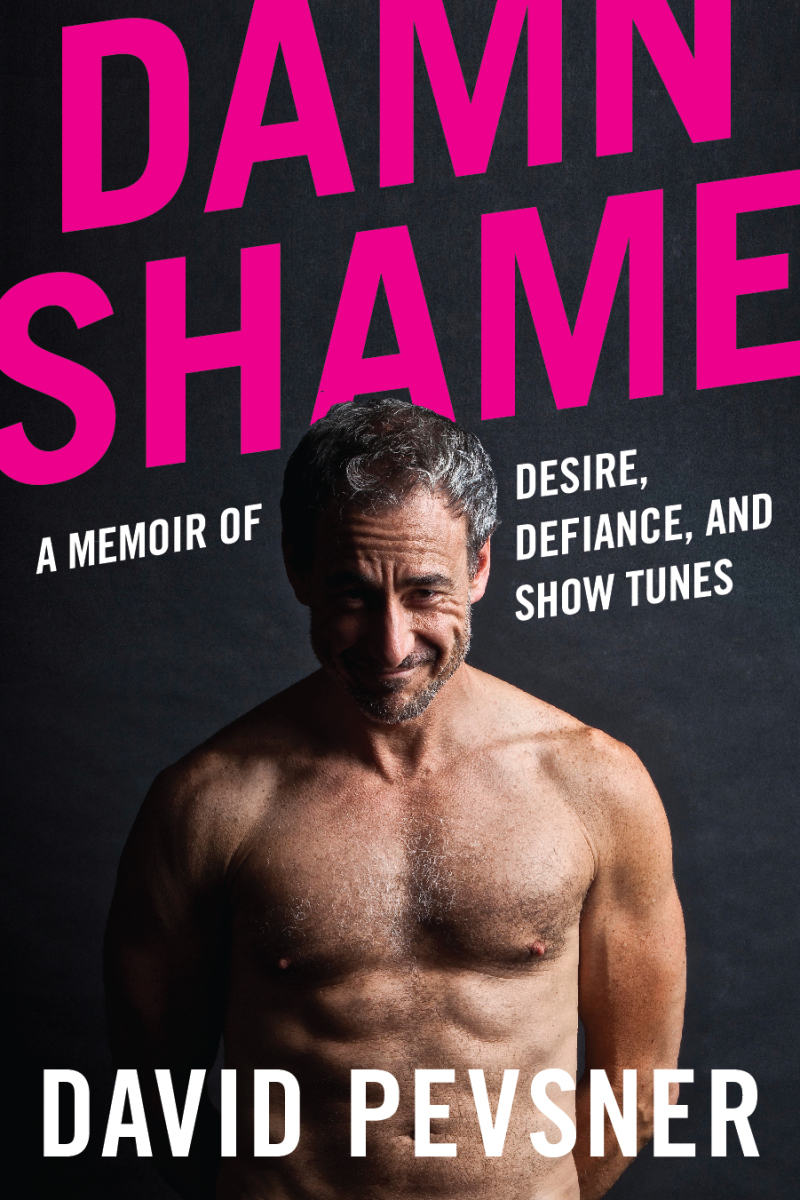 Today, January 11, is pub day for David Pevsner's Damn Shame: A Memoir of Desire, Defiance, and Show Tunes. If you're not sure what to expect, let me point out that Pevsner lamented to me that he wasn't allowed to use any images that showed his erect penis (plenty are shown at rest!) or his hole. While that could seem a bummer, just the fact that this conversation was had should prick up your ears — expect a revealing autobio, and also a revealing one.

Opening with a remembrance of chatting with a young gay guy who said he couldn't imagine being 40 (Pevsner, now past 60, was past 50) because then he'd have to start letting men pee on him, Pevsner swiftly tackles his career as a songwriter and performer, a career rife with sexual themes, and one that eventually led him into releasing pornographic imagery of himself. 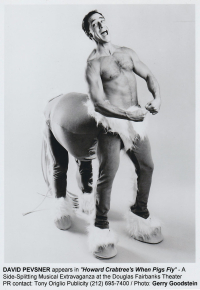 of being “that skinny, ugly, Jewish kid filled with shame and nasty” sex-shaming voices, he auditioned to be a maturity escort at 36, after transforming his body into what many see as a gay ideal. It's a story typical of the memoir, one with an insight into Pevsner's thought process every step of the way, from bravado to insecurity to babbling to boner on command.

The story does go back to youth (when his crush was Flipper's dad), back when he was a jockstrap-absorbed boy humiliated by other kids as Perversener and made to feel shame about his slight body. This has boomeranged back around to Pevsner's now-famous body-acceptance stance, which comes off as casual and confident in person, so it's illuminating and reassuring to read about his journey, which was anything but.

What insecure gay boy can't relate to going to summer camp, and thinking of it as Concentration Camp? Yes, camps had sexy counselors, but they also had forced nudity. (Can homosexuality be seen on the naked skin?)

The book is not only about sex, Pevsner also generously includes many of his own song lyrics, which provide a bridge between the periods of his life and career, as well as his phases of self-actualization. But sex is omnipresent, as it does define us more than some like to admit. His early experience with a stud who takes him home and emerges in a caftan is instructive in more areas than just sex, for example, and other stories are as much about love — or star-crossed love: “When it's meant to be, it's meant to be, and when it's not, I'm usually involved.”

A veteran of shows like Naked Boys Singing, Party, When Pigs Fly and many others, as well as the digital series Old Dogs & New Tricks, Pevsner also takes care to lace his memoir with show-biz tidbits, so you get backstage reportage along with glimpses of his interior design.

I didn't get to preview the photos, so let me know, when you buy and read it, what I missed in that department.

Damn Shame is out now.