ABOVE: Not the face!

BELOW: Tattoo critique, street photography, a matter of size and more ... 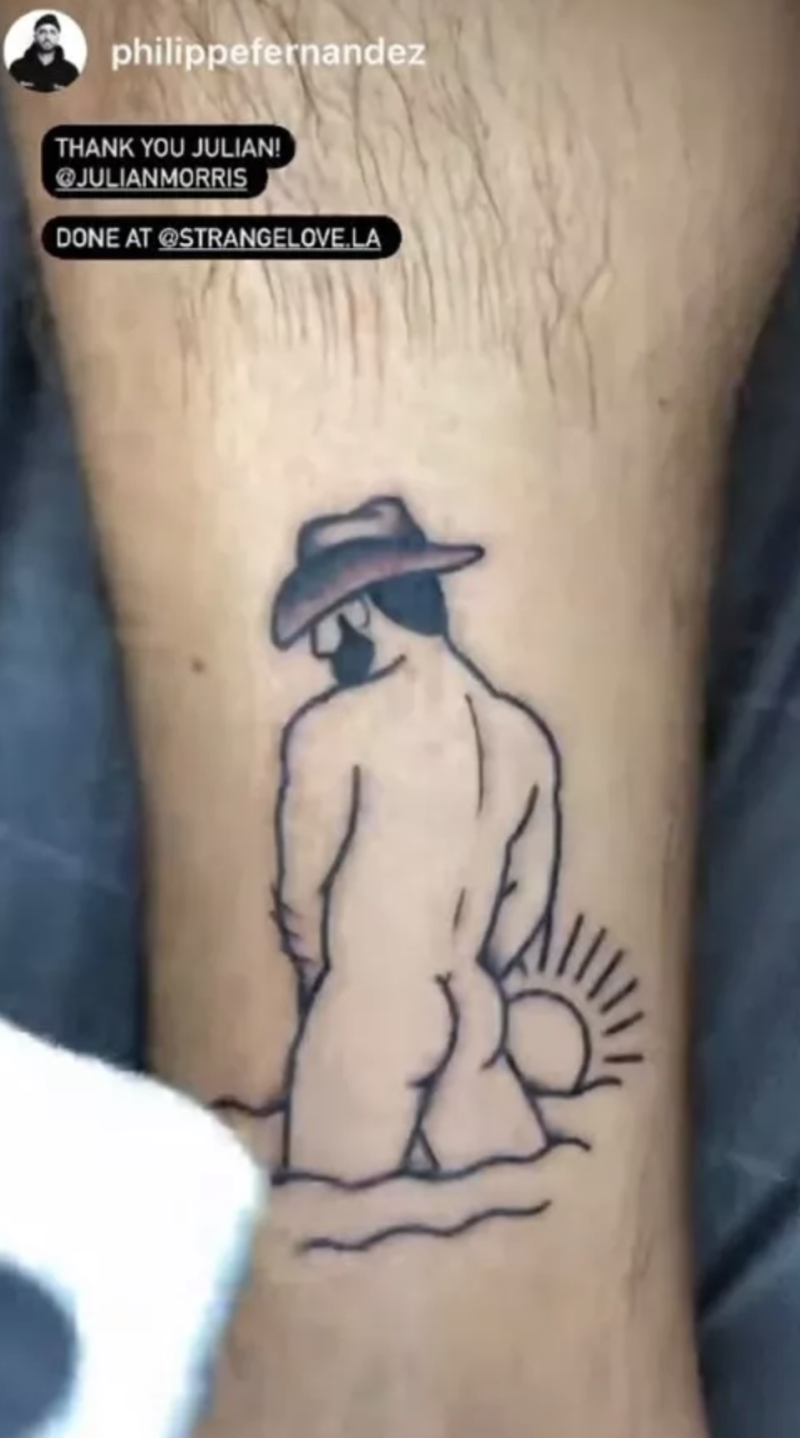 QUEERTY: Can you imagine wanting this tattooed on you, let alone on your arm? Really bad. (BTW, tattoos are not my thing, but I'm equally against people who vilify them and pretend outrageously sexy men are suddenly unattractive with them. I just think this one is worse than a prison tattoo.) P.S. This is on the arm of outrageously sexy Julian Morris.

GUARDIAN: The Pences' gay-rights-supporting (kinda) bunny Marlon Bundo has died. He was even named after a dude who did it with dudes. Reallll stealth, Mike.

LGBTQ NATION: Andrew Blaser is the first out gay man on the U.S. skeleton team at the 2022 Winter Olympics. Skeleton is a sport, apparently!

INSTAGRAM: Check out the street photography of Paul Buscato.

NYP: It's a battle of who lives in the most ridiculously tiny space in NYC! And the new contender, in spite of barely fitting into his new apartment, pays $950 a month. I was just watching an episode of Mary Tyler Moore on which Rhoda was said to be paying $87.50 a month. I think I paid $1,250 a month for my two-bedroom, 12th-floor Chelsea starter apartment 29 years ago.

Meanwhile, this trick thinks he has it tough? His place is a palace compared to the one above!

INSTAGRAM: In honor of her 100th birth anniversary, here's Betty White's bit from the first-ever TV miniseries, Vanished, which had a gay plot: