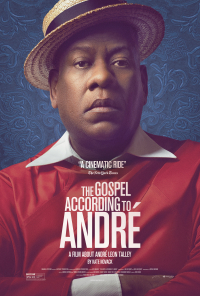 He reportedly died in a White Plains, New York, hospital after battling an unknown ailment.

Born October 16, 1948, in D.C., he was raised by his grandma, a cleaning lady. She reportedly instilled in him the value of luxury, and his discovery of Vogue at his local library left a huge imprint upon the child who, as an adult, identified as sexually fluid.

After studying on a scholarship at Brown, he became an apprentice to Diana Vreeland (1903-1989) at the Met, unpaid. It was the kind of opportunity only trust-fund babies could usually afford to not pass up, but he made it work, and parlayed it into a paid gig at Interview. Soon, he was working his way up the chain at Women's Wear Daily and W, and The New York Times, before landing his dream job at Vogue.

He was the venerable magazine's fashion news director from 1983-1987 and creative director from 1988-1995. His time at Vogue was characterized by his desire to see more Black faces in the magazine, and in the businesses that touched the magazine.  After working for W from 1995-1998, he returned to Vogue from 1998-2013 as is colorful, larger-than-life editor-at-large.

In 2018, Talley and his even more famous boss, mentor and old friend, Anna Wintour, fell out when he was replaced as a red-carpet commentator by a YouTuber. He wound up attacking Wintour publicly, writing, among other things that she is incapable of simple kindness. He claimed she had dumped him as a friend for being too fat, old and uncool.

Among his many outside projects, he styled Melania Trump for her wedding to Donald Trump (one hopes he regretted that one), published the memoirs A.L.T.: A Memoir (2003) and The Chiffon Trenches (2020), and was the subject of the (fascinating) doc The Gospel According to André (2018).

Just a year ago, Talley was at the center of an unseemly battle involving his claim to the 11-room white colonial home in which he lived in White Plains. In short, Talley was supposed to pay rent to George Malkemus and Anthony Yurgaitis to live in the home after they paid $1M for it. Talley apparently paid different amounts per month, but not enough to cover the terms of a written agreement. Talley argued that the monies he had paid totaled over $950,000 across a span of 16 years, and he went to court to prove he owned it — and was not merely renting it. Read more about the dispute here.

I'd like to be remembered as someone who made a difference in the lives of young people — that I nurtured someone and taught them to pursue their dreams and their careers, to leave a legacy. You cannot live your life in the elitist world of fashion and not step out or you're disconnected. You have to realize that fashion is not the endgame.